Summer has officially started and it's already flying by. Gas prices are through the roof and anybody with just a little bit of common sense understands this is due to demand. American's are hitting the road this summer. The great American roadtrip is having a bit of a renaissance as other countries remain closed and in need of the vaccine. This has boosted travel within the country as Americans are eager to experience something different after a long hiatus from the norm. So I figured now was as good of a time as any to share some Drive-In stops I've logged while out on the Illinois roads. 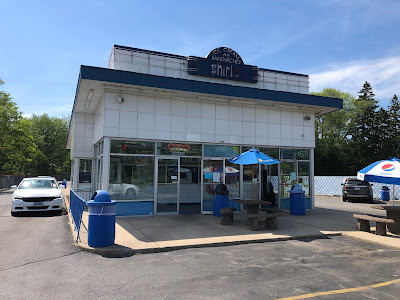 Shirl's Drive-In (Waukegan, IL)
While I'd been to Shirl's a while back I never recognized the "grub" on the menu. What's that you ask? Well it's the specialty of the house at this Lake County favorite that has another location in Zion. The Grub is described as a Sloppy Joe without the slop which is exactly how one could describe a loose meat. The big difference in a grub and a loose meat is that a grub comes on a hot dog bun. I got mine with the option of cheese which seems to be a nacho sauce type product that works perfectly with the loosely cooked ground beef. I def plan on returning for another when the opportunity presents itself. 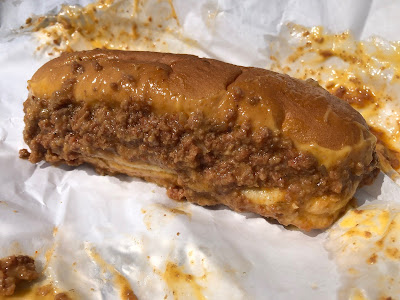 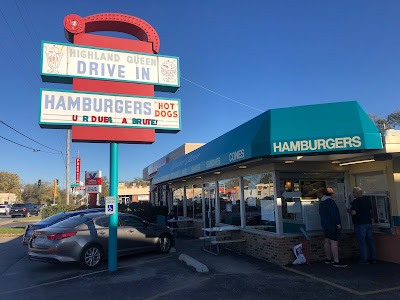 Highland Queen (La Grange, IL)
"A Royal Treat Since 1954" reads a sign on the window at this popular Western Suburb stop. I made my first trip here last year after enjoying the excellent charcoal grilled kebabs at Ed's Kitchen in Woodridge. Because I just ate a big plate of grilled beef I skipped the burger here which has mixed reviews anyway. Nothing about those reviews made me think it was worth a try. The food seems to be an afterthought but I found the lesser seen Dole Whip on offer so that was cool. The delicious fruit  flavored soft serve made popular at Disney World has started to appear in more places outside of Orlando. It was actually introduced at a restaurant show in the 80's but it became a sensation when Disney started to sell it. Pineapple is their most popular flavor while orange is also an option here. 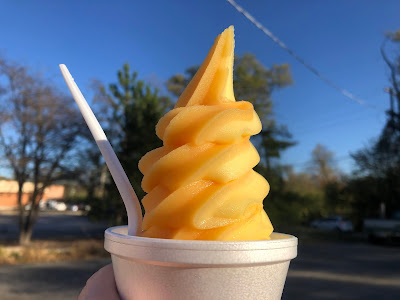 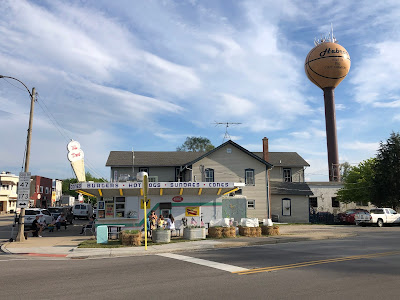 Dari (Hebron, IL)
The tiny town of Hebron is about an hour and a half northwest of Chicago in McHenry County. It's not far from the Chain O'Lakes State Park for those who are ever out that way. The Dari has been a summer stop in these parts since the 60s. Aside from the local high schools 1952 State Championship in Basketball it's probably the towns most prized possession. The Dari is a classic summertime drive-in in the form of a walk up window and a bunch of benches and tables surrounding the place. They tout Vienna Beef for their hot dogs which made me believe they likely use Vienna Beef patties for their burgers. Not my favorite but I tried one anyway and it was most likely a VB product which is by no means bad I just prefer a looser packed patty. They advertised buns from a local bakery and they were the best part about this burger (not a knock). It was a satisfying treat paired with a cherry dipped cone. 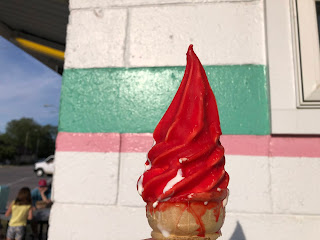 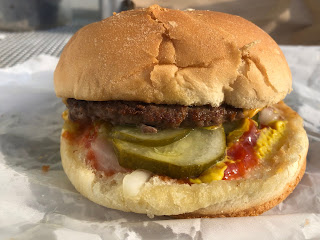 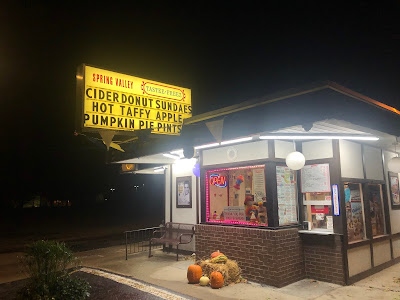 Tastee Freez (Spring Valley, IL)
The Tastee-Freez brand is an Illinois product. Founded in 1950 in Joliet they once had a much larger presence across the country. Today they're down to just eight locations two of which are in Illinois. For those that may be wondering the Logan Square location here in Chicago is a Tastee Freez in name only. The two Illinois locations still owned by the Tastee Freez Corporation now out of Newport Beach, California are located in Mt. Carmel and Spring Valley. You can visit the latter after a trip down to Starved Rock and or Rip's Fried Chicken. My favorite thing to order at these seasonal summertime ice cream stands has always been the treat where they mix ice cream and slushie and they make a really good one here. The name of these drinks vary by spot but here they call them daiquiris. 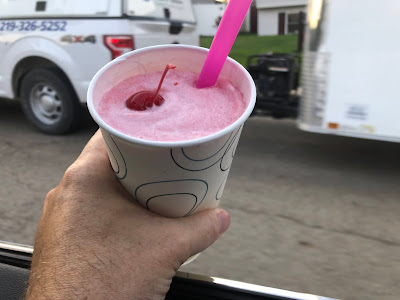 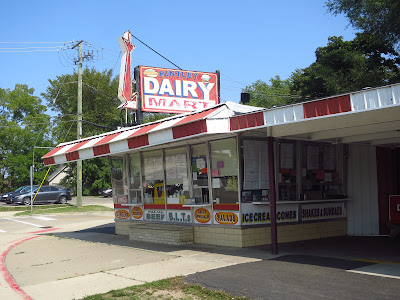 Huntley Dairy Mart (Huntley, IL)
Last year I took my first trip to the Huntley Dairy Mart. Huntley is about the halfway point between Chicago + Rockford. It had evaded me up until then so I used that as an excuse to take a ride out on a beautiful Fall day. I was greeted with old school smashed burgers and my previously mentioned favorite treat from old dairy drive-ins like this which mixes vanilla ice cream with your choice of flavored slushee. Sometimes called a freeze. I love spots like this bc they symbolize summer but I was surprised to learn they only close for a couple weeks during the holiday season. Since 1953. 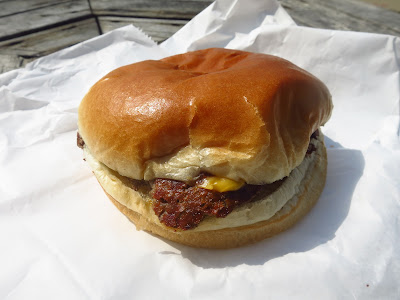