-Grubbing in Chicago(land)
Where to find the Jersey Specialty

The history of Pork Roll or Taylor Ham is unclear. Most food origin stories are just that. Hard to figure out exactly by who or where it was first created. What's very clear is that people from New Jersey love it. The popular breakfast meat is a regional specialty prized by those who come from the Garden State. So the story goes it's history can be traced to the Revolutionary War at the Battle of Trenton. When the Continental Army needed food that could withstand travel so they carried rolls of salted, cured ham around to each battle. There's nothing that proves this to be true. The story that a man named John Taylor created pork roll in Trenton, New Jersey in 1856 does have historical evidence. He originally sold his pork roll product under the name Taylor Ham, which is what people in North Jersey still call it today despite Taylor being forced to change the product’s name when the Pure Food and Drug Act passed in 1906 and his product no longer met the new legal definition of ham. In order to meet the new legal regulations, Taylor Ham was rechristened as pork roll, but in North Jersey the old name stuck. These days everyone in New Jersey has a favorite spot for a Taylor Ham / Pork Roll Sandwich. You can sometimes even find it in other parts of the country like here in Chicagoland. 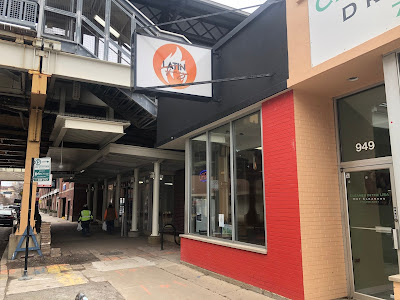 Latin Fuego (Lakeview)
You'll find our first stop located just off the CTA brown line station on Wellington. This space has housed a handful of places over the years and the latest is an arepa shop called Latin Fuego. The owner moved to Chicago from New Jersey and he's doing arepas with Mozzarepas which are arepas made with mozzarella cheese. Just like Taylor Ham these Mozzarepas are popular in New Jersey and Latin Fuego offers them together as one. They put a couple pieces of sliced Taylor ham along with some scrambled eggs and American cheese in between a Mozzarepa and it makes for a real kick ass breakfast sandwich. They also offer a Taylor Ham , Egg and Cheese served on a roll. 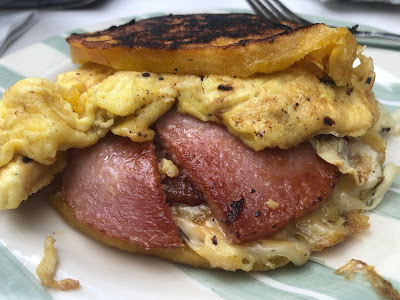 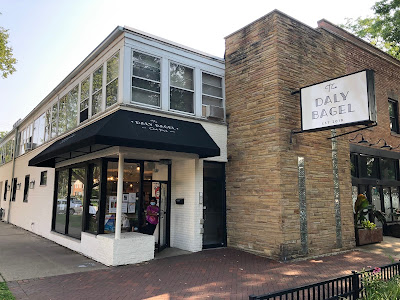 The Daly Bagel (Oak Park)
This bagel shop housed in an old Oak Park dry cleaners just celebrated it's one year anniversary. The Daly Bagel has been welcomed by it's neighbors with open arms. It seems to be a place that people in the neighborhood have really embraced and from what I've read DB has done the same in the form of helping build community bonds and such. The Daly Bagel makes bagels fresh every day and offers them as is or dressed as breakfast sandwiches such as the early riser which consists of a bagel of your choosing with scrambled egg and the option to add both cheese and Taylor Ham aka Pork Roll. 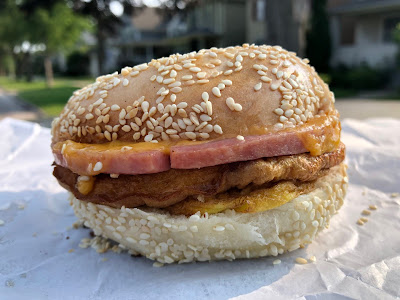 Pork Roll, Egg, and Cheese on a Sesame Bagel
_______________________________________________
Where to buy loaves of Taylor Ham / Pork Roll
Out in Jersey you can buy Taylor Ham at pretty much any deli or place that sells deli meats. You can get it whole or even by the slice / pound. Many folks in New Jersey enjoy their pork rolls on a Kaiser bun and just like any breakfast sandwich they're pretty easy to make at home. So for anyone looking for a place where they can purchase a roll of Taylor Ham you can find it at Fresh Market Place on Western located on the border of Logan Square / Bucktown. They also offer the previously mentioned Kaiser rolls as well as eggs, and sliced cheese at their deli counter. It's a pretty good little grocery store that has a few items sourced regionally and the Taylor Ham Pork Roll is one that stands out. 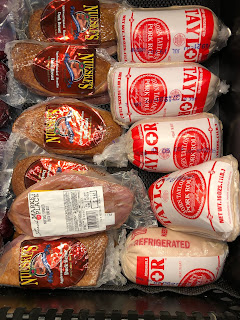 See ya next time @chibbqking
Posted by KingT at 8:00 AM