I had plans to try CJ's Chicken I just wasn't in a rush. Then my friend texted me how good it was and told me I have to stop by next time I was near there. Considering I live right off Western and use it over the highway to go south I'm near CJ's regularly. It sits on Western at Jackson in the old Felony Frank's space. The building has hosted a couple other tenants since the closing of Felony Franks but they didn't last long. They were your typical South / West side fast food shacks. But CJ's is different. 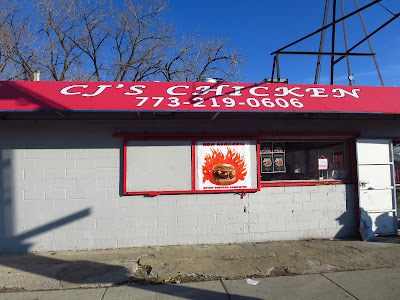 Fried Chicken might not be unique to the area but you can tell CJ's goes that extra step to stand out. When you see the prices on their menu you may feel guilty you're getting food this good for so cheap. The chicken is fried fresh to order so best to call it in as it's a mostly takeout biz. They season the fries with a delicious rub that makes them that much better. Little things like pickles and a full pickled jalapeno included with your fried chicken stand out. The chicken has that crunch that lots of time Harold's does not. It's a fact that most fried chicken is good but it's also true that some of it is better than others and CJ's is the best in the area by far. My two piece wings with seasoned fries and both hot and mild sauce on the side pictured below was a steal of a meal at under $5. I'll be back. 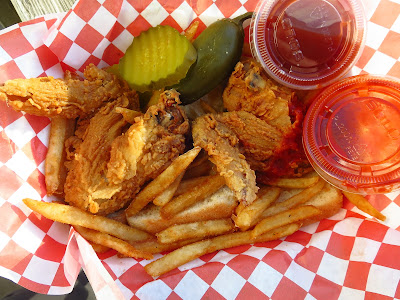 Games may simply be fun 918kiss apk hack games. However, sooner or later, the game was compensated. http://dianneikim.bravesites.com/

If you pick to play8oy download apk use the benefits gone a premium bookmaker, there is nothing wrong considering it. http://minniedevans.mystrikingly.com/

If you pick to play8oy download apk use the benefits gone a premium bookmaker, there is nothing wrong considering it. http://minniedevans.mystrikingly.com/