It's time to add Mexican diner food into the many genre's of Mexican cuisine that are out there. Mexican Diner food is pretty common in Chicagoland and my guess is everywhere else where there's a heavy Mexican population. I'm not talking about places like Dove's. I'm referring to blue collar breakfast spots that feature all the regular menu items you see on a diner menu as well as Mexican options. Nothing too crazy as far as the food just stuff like tacos, burritos, chilaquiles and so forth. Today's stop is a great example of the type of place I'm talking about. It's called RC's Grill and it sits in the bowels of Melrose Park. I'd never heard of it until I was driving but the signs caught my eye. 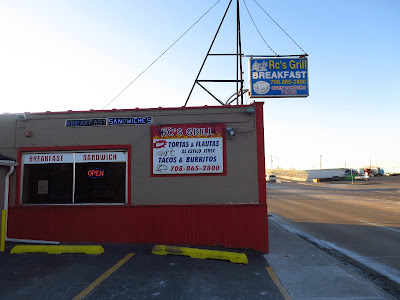 The mention of tortas and flautas was intriguing enough to stop in one morning when I was fighting jet lag after a trip to Europe. It was the crack of dawn but RC's was up and running as it's almost always open with the exception of a few hours each day. RC's is interesting in that the employees who fit the description of an all night diner waitress perfectly, are all white. Yet almost all of the clientele on my two visits were black. So I'm not sure where the Mexican portion of the menu comes in but it's quite possible it's from the owner (RC?) himself. I always like to try specialties of the house at whatever type of restaurant I'm at. RC's lets their customers know they have a couple specials worth trying. 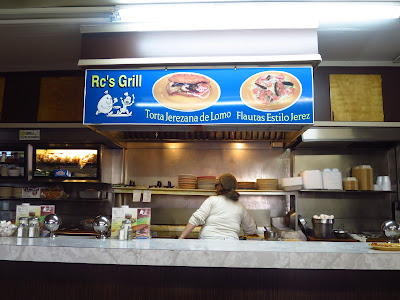 Both the torta and flautas are pictured in a sign above the grill and that's what I was there for. They make mention that both the sandwich and also the rolled tacos are specialties from the city of Jerez which is a city in Zacatecas. Lot's of the city's Mexican population comes from Zacatecas so no surprise. My first trip in I was told the flautas weren't ready so I tried the torta. This was one of those times when them not having what you wanted was an actual good thing. This torta was the real deal. 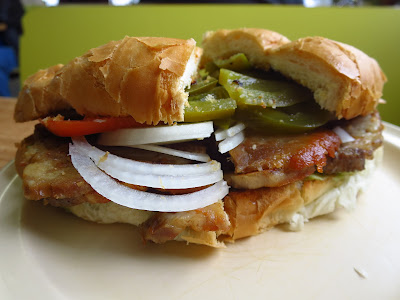 This sandwich had two thin yet juicy patties of pork that were lightly fried on the flattop. Whatever oil it was they were fried in it really gave the pork some great flavor. Toppings were raw onion, tomato, pickled jalapenos, and avocado. The bread was fresh and crunchy. The sum of it all together made for one of the better tortas I've tried in the Chicagoland area. A great sandwich and a deal at just $5.95. 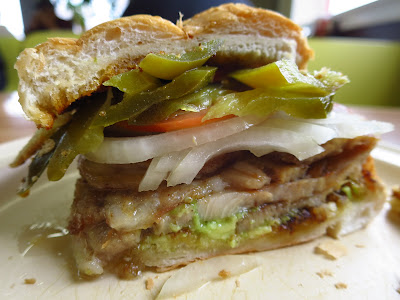 Since they mention the flautas with the torta I had to go back and try them which I eventually did. Unfortunately they weren't as big of a hit as the sandwich. Flautas are little rolled tacos that are fried and lots of the time they fry them ahead and that's not something I'm fond of. Because they're rolled so small they dont lose much crispness but they also dont have that fresh out of the fryer crunch. These came loaded with lettuce, tomato, and cotija cheese which is common but the pickled carrots were way too mushy and they were missing the pickled jalapenos in the picture. Just not my style. 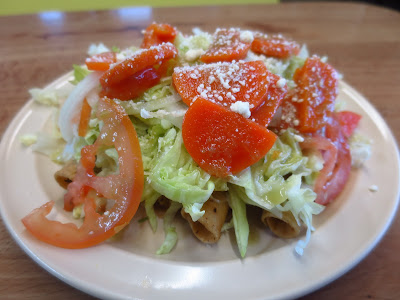 Of course I had to try a taco too. The tacos at almost all of these diners with Mexican portions to the menu are most always made the way they do them here. That's with lettuce, tomato, and cheese. I dont prefer my tacos this way but I can enjoy one now and then. These weren't the best but they weren't bad either. Just a nice option to have if you're in the area and starving at 5:30 in the morning. 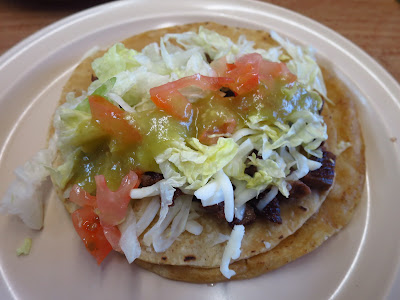 This place also has Great Omelettes and Ham off the Bone. !! You can also order your breakfast 50/50 - meaning - Half Hash Browns and Half Grits. Formerly known as Art's Grill ... I've been coming here off and on for at least 30 plus years. I suggest you Call to make sure they are open as they Close now in Mid afternoon and reopen Later in the evening.