Eating like a local:
Regional food specialties
- The Gringo-Mexican Food of Wisconsin

America's favorite faux holiday is around the corner! As always around this time of the year I will feature some of the country's great Gringo-Mex restaurants. In previous trips we've scouted out the American-Mexican food of NW Indiana. As well as the Gringo Tacos of both Illinois and also Iowa. Want to know where to go to get the best crispy tacos in the country? I'll give you a hint it's where we're going today. Wisconsin. One of my all time favorites when it comes to exploring. There continues to be plenty of spots on my radar and today I share with you four more that I crossed off at one point or another. As mentioned the theme is Gringo-Mex by which I mean Mexican food that's mostly made for a Caucasian clientele. It's one of my great guilty pleasures. I love getting the opportunity to take a trip back to a time when Mexican food was just becoming norm in America. 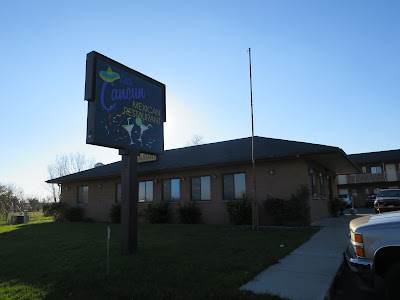 We start at my favorite of the bunch in the Milwaukee suburb of Franklin. First things first if you ever need a shady motel head here to the very street that Little Cancun rests on. You'll find about 15 of them up and down the highway. There's one right behind the restaurant. What a weird area. But it's worth the weird to indulge in some of the best enchiladas in the region. I consider Gringo-Mex to be a different animal than Tex-Mex which is what I would use describe this popular family style spot. It reminds of a place you'd find off the highway in a small Texas town. Though you know you're in Wisco when you go inside as this is a popular spot to watch the Packers. What you also notice right away is the smell of the fresh fried tortilla chips. Along with chunky red salsa a signature of Gringo-Mex. 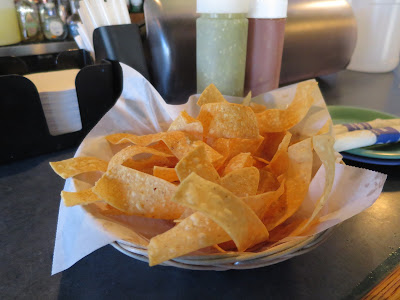 As some of y'all know I consider there to be a time and a place for Tex-Mex. That time is whenever I'm in Texas. In fact I cant wait to one day go explore San Antonio. That's where the good stuff is at. It's hard to find legit Tex-Mex outside of that area. The dish I think most represents Tex-Mex other than fajitas and breakfast tacos is enchiladas. Specifically ones with red sauce, ground beef, and lots of cheese. The enchiladas at Little Cancun are the best Tex-Mex style enchiladas outside of Texas I've had. In fact I've been here for them on more than one occasion. Not "authentic" but damn tasty. 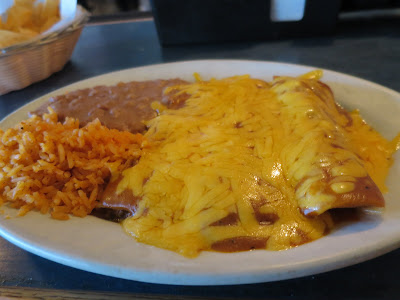 My other love with Tex-Mex and for that matter Gringo-Mex is crispy tacos. Little Cancun makes a really good one. One of the filling options is "Little Cancun Signature Beef" or something like that. Well it's actually just good old carne guisada which is Texas style stewed beef. The good ones come in a rich brown gravy. That gravy coats the tender beef which goes inside a fresh fried shell. 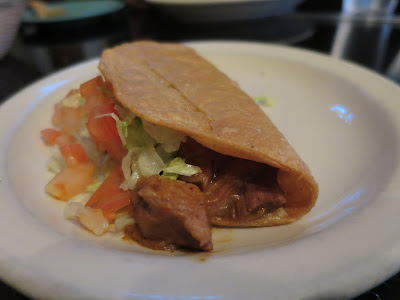 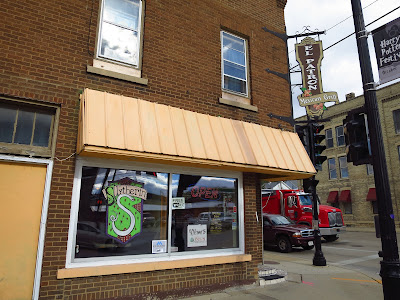 Located in Rock County is the tiny town of Edgerton. It's a pretty one during the Fall which is when I was there a couple years ago. Located right near the classic downtown area is this place called El Patron. The family has a few locations and are known in the area for good Gringo-Mex. There were a couple of popular items one of which is the chimichanga which I dont do. The other is an item called the "Tostaguac" which is seen below. It's a tostada with meat, beans, and guacamole. Interesting. 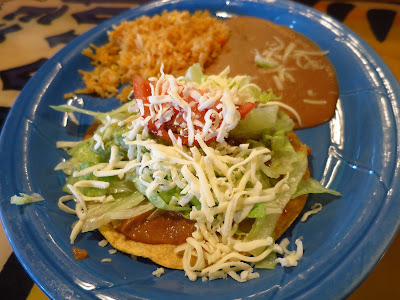 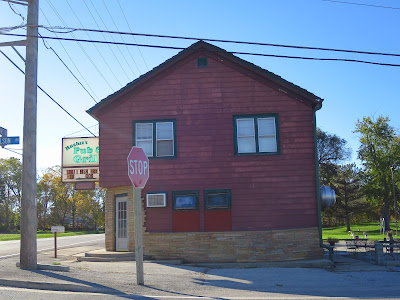 We all know about the Friday Fish Fry, Saturday Night Prime Rib, and even Sunday Broasted Chicken. These are all popular specials found in bars and taverns up and down the state. But there's another nightly special gaining steam and that's Taco Tuesday's. I've been to handfuls of bars that participate in Taco Tuesday and they're always tacos of the gringo variety. Like those at Husher's Pub in Racine County. Every Tuesday they do AYCE tacos but they're also available for individual purchase which is what I did. After all they take a tortilla and drop it in the fryer until just crispy enough to where it can still fold and not crack. In goes some ground beef from the crock pot and on top goes a variety of gringo based taco toppings including lettuce, pickled jalapenos, and sour cream. I have no shame in admitting my love for the crispy taco. Click HERE for another WI bar doing these. 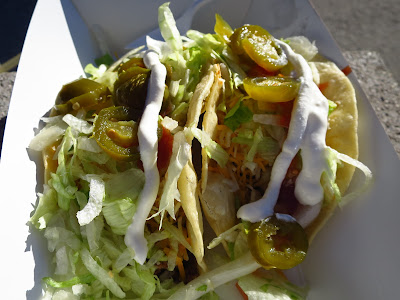 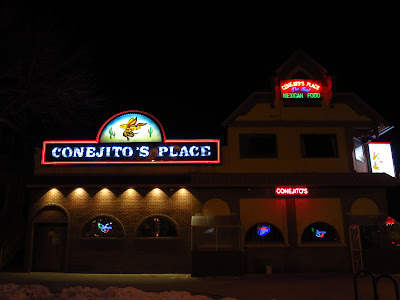 Last but not least is the legend that is Conejito's Place in Milwaukee. This my friends is one of the city's finest drinking holes. From the outside it just screams Texas as it lights up the block with neon. Though the property itself is classic Wisconsin tavern. The type of spot that gets packed for Packers. 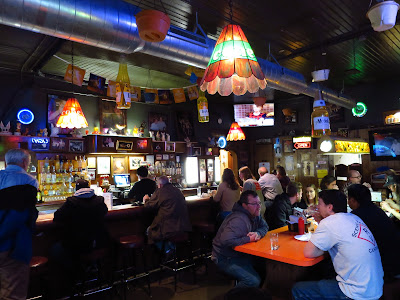 I try to stop at least once of not more than once a year. It's the type of place that when it's gone it's gone for good. Started in 1972 by a guy named Jose "Conejito" Garza who wanted a place to call his own so he came to America from Nuevo Leon at the age of 18. Not long after that he moved to Milwaukee and worked as a butcher before buying a tavern and turning in it into his own little taqueria. He had a taco plate special consisting of steak tacos on flour tortillas with lettuce and tomato as a courtesy to his customers. They're still served today but instead of $1.50 they're $4.20 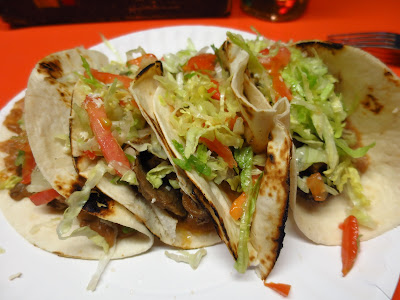 How do they keep the prices so cheap? Partly by serving everything on paper plates. Which some people hate. The reviews of this spot can be mean but if you're going in expecting to find the flavors of Mexico City you're the one that needs to be reviewed. This is a classic 1970's Mexican restaurant and it hasn't changed one bit. Drinks are still dirt cheap and the food is too. It's good drinking food and even though I know what real Mexican food is I dont find it offensive that a place serves something like what you see below and calls it Mexican food. It's old school Gringo-Mexican. 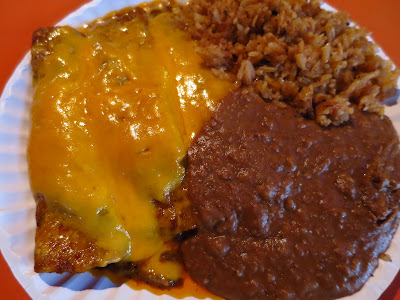 I have been visiting your recipe blog from past 3 months. The way of recipe tips looks to be easy for all readers. I would personally recommend our blog visitors to subscribe to obtain useful posts like this periodically. Particularly post on "Gringo-Mex in Wisconsin" is awesome. Get in touch with us via our websites veg restaurants nearby | sweet shop near me