For some reason Mac & Cheese focused restaurants are still a thing. Impressive considering it was a trend that started a handful of years ago. I'm not a big mac and cheese guy. Don't get me wrong I usually order it as a side when eating southern type plates of food but it's not something I crave regularly or make in my own kitchen. Still I recently decided to check out the new Joey G's. 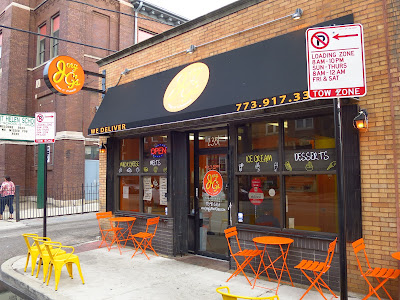 What caught my attention at Joey G's was a chili mac special that the menu said was available once a week. I like a good batch of chili mac and wanted to try theirs but they discontinued it so I settled on taco mac and cheese. The idea here is they offer mac and cheese in a bunch of different ways many of which have been seen before. They also have sandwiches that they mix meat and mac for but those seem like big time carb bombs. My Taco Mac on the other hand was actually pretty fun. It had their creamy mac and cheese on the bottom with all the fixins' of a gringo taco on top. Each order comes with a couple pieces of garlic bread. It seemed to be popular with families who had kids that attended the grade school next door. Service was friendly, food was well done. Bring the kids. 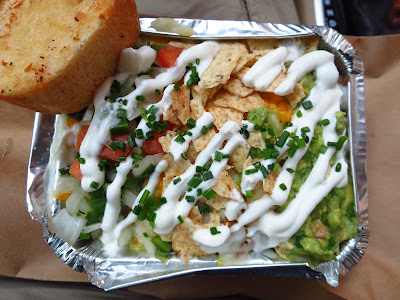