-Grubbing in Chicago
Where the MLB Players Eat

Fall is here and so is another Cubs playoff push. It's a good thing Willson Contreras is back because in order to repeat you need pretty much everyone on the field while peaking at just the right time. Speaking of peaking Bienmesabe on Montrose seems to be on top of the mountain. The Venezuelan restaurant is not just a favorite with locals of the Ravenswood area but it's also a hot spot for MLB players from both Chicago teams as well as visitors in town to play them. It's a taste of home for the games Pan-American born players. Shout out to Cubs' Contreras and White Sox Sanchez for the rec. 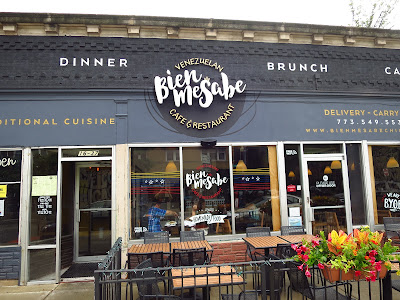 BienMeSabe is casual but it's definitely more upscale than your average arepa or papusa etc joint. I dont know the exact number of Venezuelan people living in Chicago but the fact this is one of the city's only Venezuelan restaurants hints it's not that large. However when it comes to Venezuelans and Chicago baseball there's definitely a connection with players / managers like Ozzie Guillen, Carlos Zambrano and the aforementioned Willson Contreras. There's also a significantly high number of Venezuelan born MLB players and at the back of the restaurant you'll find a wall with the signatures of all those who have dined in at BienMeSabe. On my visit we sat next to the Pirates Sterling Marte. 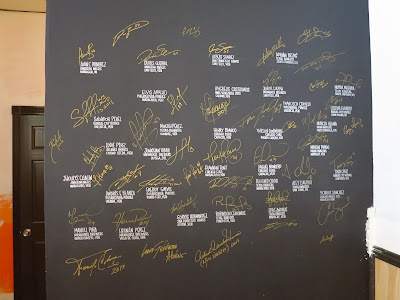 The star of the show at BienMeSabe is the arepas but they do have a big menu of plates many of which remind the baseball players of home. If you dine in during lunch you can get a nice deal of an arepa with an order of empanadas and also a drink for $10 or something like that. My only problem with that is the fact the big boy arepas aren't included in the options just single meat choices. 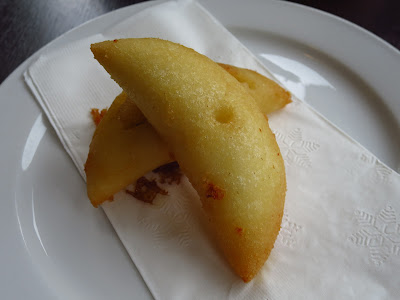 The empanadas will remind you alot of the Colombian version of this Latin American favorite. They come coated with a cornmeal like crust and fried. They're delicious. But like I said the reason to check out BienMeSabe is the arepas. This is another Latin American favorite. I remember the first time I tried an arepa was from a Venezuelan food cart in Puerto Rico. I've loved them ever since. BienMeSabe makes a large version that will put you on the couch quick. For me the best filling for an arepa is the Pabellon Arepa which comes with shredded beef thats fried mixed with black beans, plantains and Caribbean cheese. It comes served in the traditional corn flour pocket and it requires two hands to eat it. Eating here reminds me of South Florida which is a place I enjoy to eat out in. 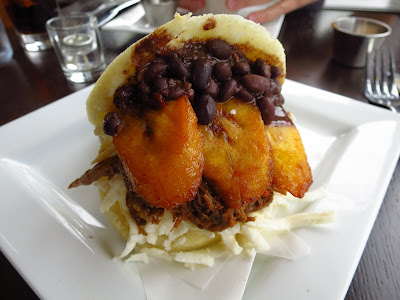 There is SHOCKING news in the sports betting industry.

It's been said that every bettor must watch this,

Watch this now or quit placing bets on sports...

Get professional trading signals delivered to your mobile phone every day.

Start following our trades NOW and profit up to 270% daily.