I was sad to see Analogue go. It was one of the great neighborhood spots not just in Logan Square but in the entire city. However if there's anything good to take out of it there's another great neighborhood spot that moved in. Daisies is a semi new pasta place from Chef Joe Frillman formerly of Balena, The Bristol, and Perennial Virant. It opened early summer to some glowing reviews. 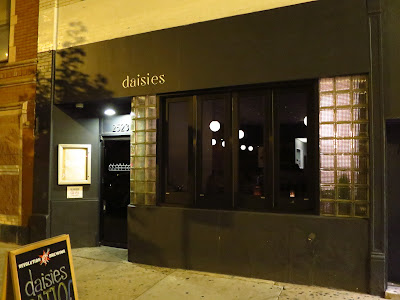 The mission at Daises is to wonder if the Midwest was a region in Italy, what would the food be like? That in of itself got me pretty excited as it's a unique idea and not something that's been played out by 15 other spots. We made it over to Daises not to long ago and had a really nice Friday dinner. 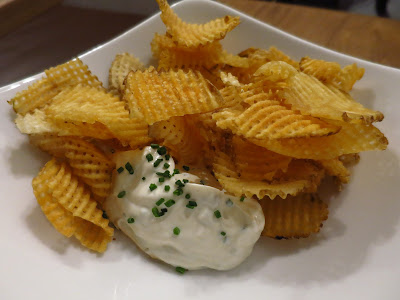 While this was my first visit the wife had already been. She enjoyed the starter paring house made chips with homemade onion dip. We both liked it this time around but she said it was better the first time when the chips were hot. These had obviously been pre-fried. One of the starters that caught my eye was a plate of Carrot Rillettes with Publican Quality bread. The facts the rillette was made with duck fat to hold the carrot together and it was paired with the bread from the city's best bread purveyor made this dish extra appealing to me. It was the perfect way to say goodbye to summer. 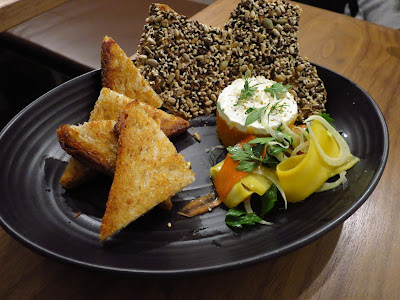 Perhaps no dish spoke to the Daisies Midwestern roots like that of the tempura battered cheese curds paired with mushrooms. I'm sure I've mentioned before that I love mushrooms and the same goes for tempura so this was another winner in my book. Some of the best fried shrooms I've tried. 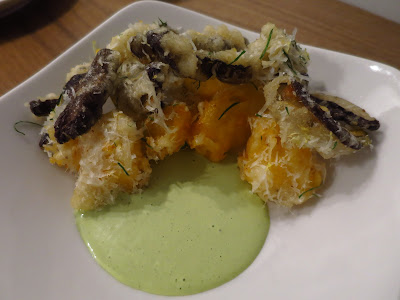 Tempura Curds and Shrooms at Daisies

The real reason I was excited for Daisies arrival was the pasta. Don't get me wrong we got a few good pasta spots in Chicago but I still think it's a part of the city's cuisine that needs to be stepped up. All of Daisies pastas are made in house and they all sound pretty good. One of them that's gotten lots of love is the beet agnolotti which also happens to be extra photogenic. I love me some agnolotti but beets not so much. They just dont excite me though I do plan on trying that dish next summer. 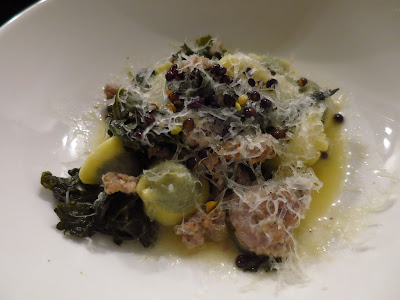 I tend to like my pasta with some meat and both the tortellini and stracci were talking to me. So I went ahead and ordered them. While the tortellini was good I didn't love the big pieces of sausage up in it. I prefer they come in smaller chunks and in the case of this dish it would've been better served around the same size as the pasta if not smaller. The stracci was the best pasta dish of the year for me thus far. It was full of comfort and something I'd eat weekly during the dead of winter.  I really liked the pasta itself as well. It had a wonderful texture that held the sauce perfectly. I hope they keep this one on the menu through winter bc I know the taste for it will come calling during it's duration. 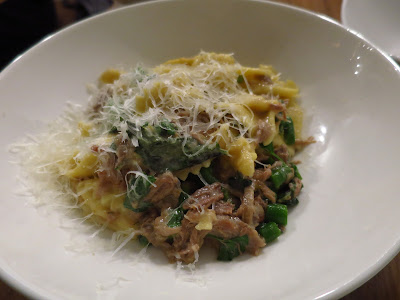