With Joe Boston's calling it quits it's time to introduce Go-Go's. Located just a stones throw from Joe Boston's it sits in a space that was empty for a few years before Go-Go's took over. They spruced the property up and now it feels like it's been in the neighborhood for a while. Go-Go's is a prototypical Chicago style fast food stand which means stuff like burgers, hot dogs, gyros, etc are served here. 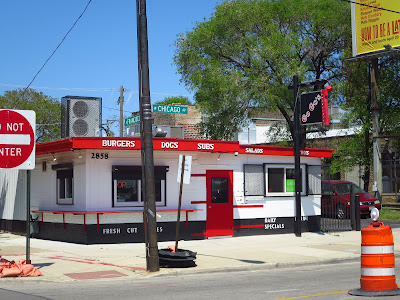 The menu has all the classics and then a few things you won't find everywhere. There's a little section titled panini's and it includes an Italian pressed sandwich as well as a Cuban amonsgt others. Being a big of the Cuban sandwich I wanted to check theirs out. Upon unwrapping my order I felt like I found an unknown. This was a stellar Cuban, for outside of Florida standards. Aside from the fact they make their own roasted pork in-house they also seem to know the importance of balance in a Cubano. Unlike many other options found around town this didn't have an insane amount of ham and thus it didn't taste like a straight ham sandwich, it tasted like a well made Cuban. You can see the fries in the pic below and those are a thinner cut fresh fried variety using olive oil to cook them in. 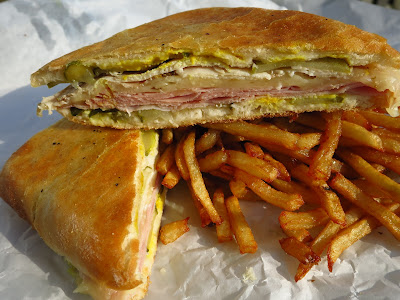 Another not often seen menu item is the Pizza Burger. You see these alot up in the Kenosha/Racine area but rarely do you find them in the city. I admit I'm not big on these but for whatever reason I developed a taste for one after seeing it on the menu. For those who have never come across a pizza burger it's just a hamburger with marinara and some melted mozzarella. Honestly I always feel like pizza burgers are missing something and usually that's a slice of pepperoni or some giardinera but this was still tasty in that meatball sandwich sort of way. Fries are included with all orders. 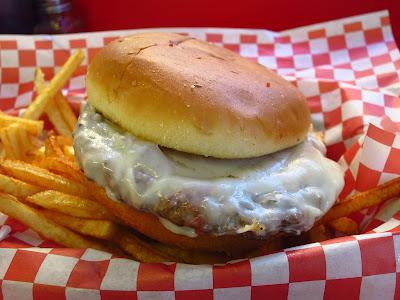 Then there's the beef. I was quite surprised to see they make their own version. This is a rarity these days. Too many companies have made it easy to buy beef in a bag and simply drop it and a gravy packet into a bowl. My thoughts on that? Hell no. I'm not ordering an Italian Beef unless I see it's homemade. So how does this compare to say Joe Boston's and others? Favorably. Not going to say it's better but as the score suggests it's an above average Italian Beef that's worth ordering if you're near and have the taste for a beef with hot. It's best quality is the sheer size of the thing. You get alot of food with your order. It's a mild tasting gravy with the hot peppers being crunchy. Good for Go-Go's. 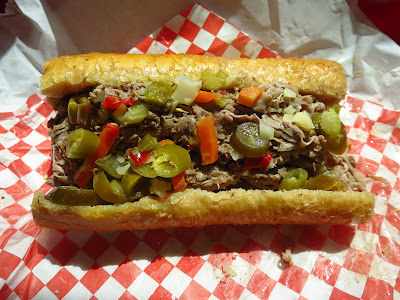 This stand did not last either.
It was associated with the people who forayed the Margie's stand on N. Cicero Ave.
This was a better neighborhood than that of Margie's. Perhaps the people involved with these most recent stands have lost their touch.