According to a few articles I searched out online the opening of Urbanbelly was back in 2008. Being big on all Asian food and a lover of anything dumplings this place caught my eye when people first started talking about it. For whatever reason I never made it over probably even forgetting that it was still around. Then when news came they we're moving I remembered about it only to forget again. A recent attempt to go somewhere else that wasn't open resulted in me finally ending up here. 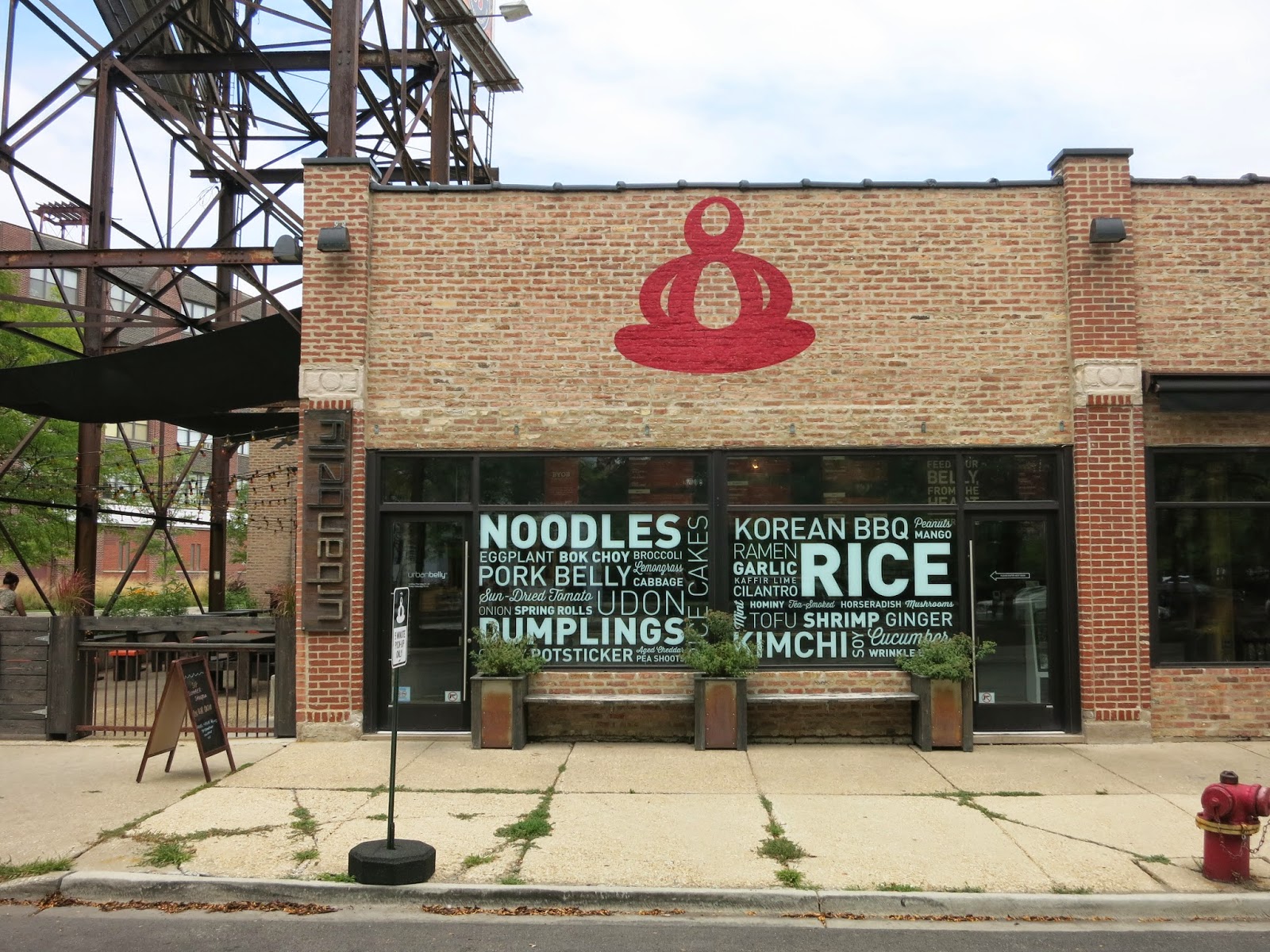 Formerly of Avondale now on Randolph in the West Loop

Originally on California in the Avondale neighborhood they've since moved over to the popular restaurant row known as West Randolph Street. Located at the very beginning, or end depending on which way you're coming from, they attached it to another one of Chef Bill Kim's projects known as BellyQ. Urbanbelly is a casual sitdown spot where you place your order before doing so. They have a really nice outdoor patio for you to take advantage of while the weather is still warm. That's what we did after placing our order for some of their signature dumplings and a couple of rice dishes which on this visit were more appealing than the noodle options. 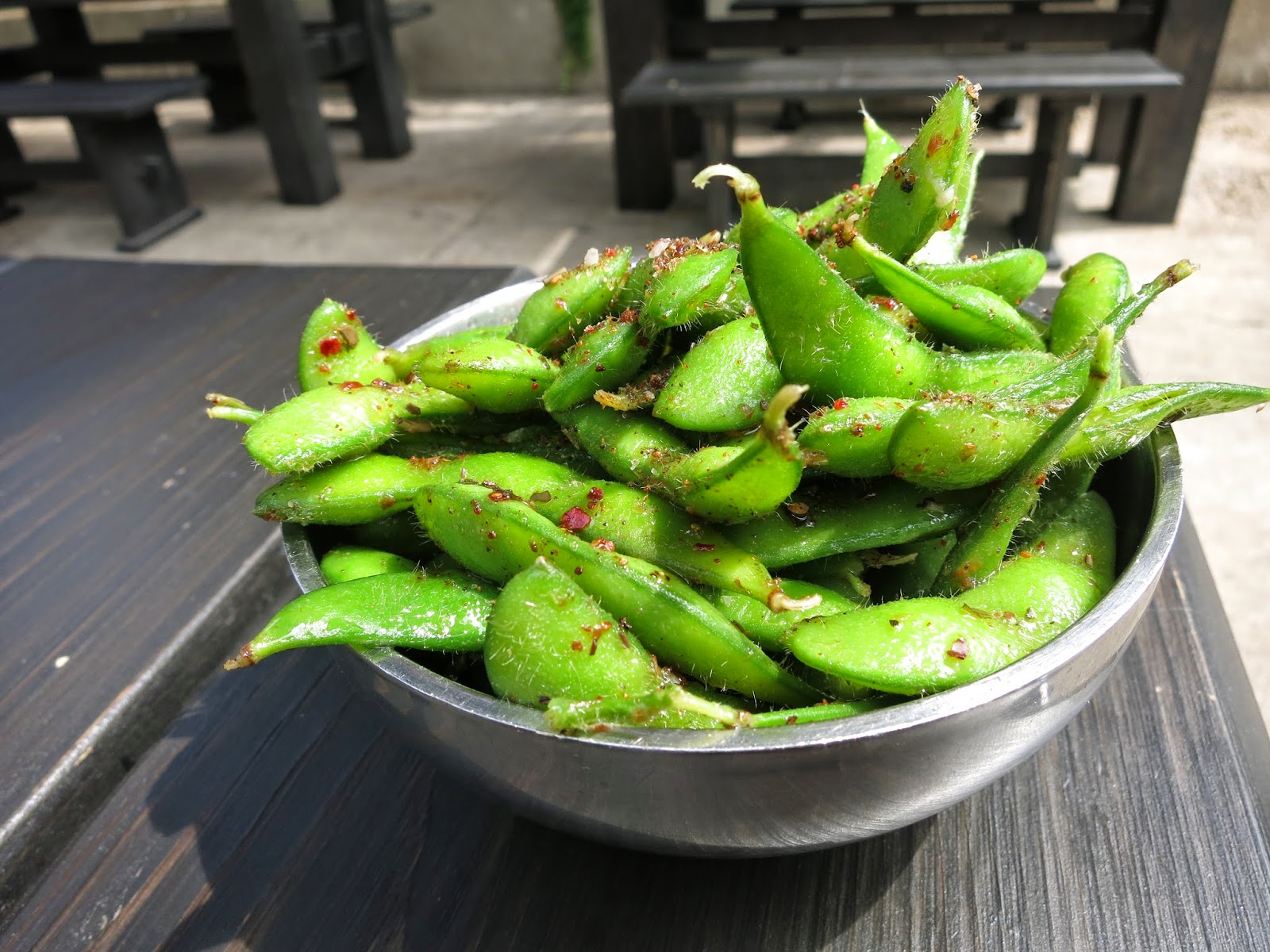 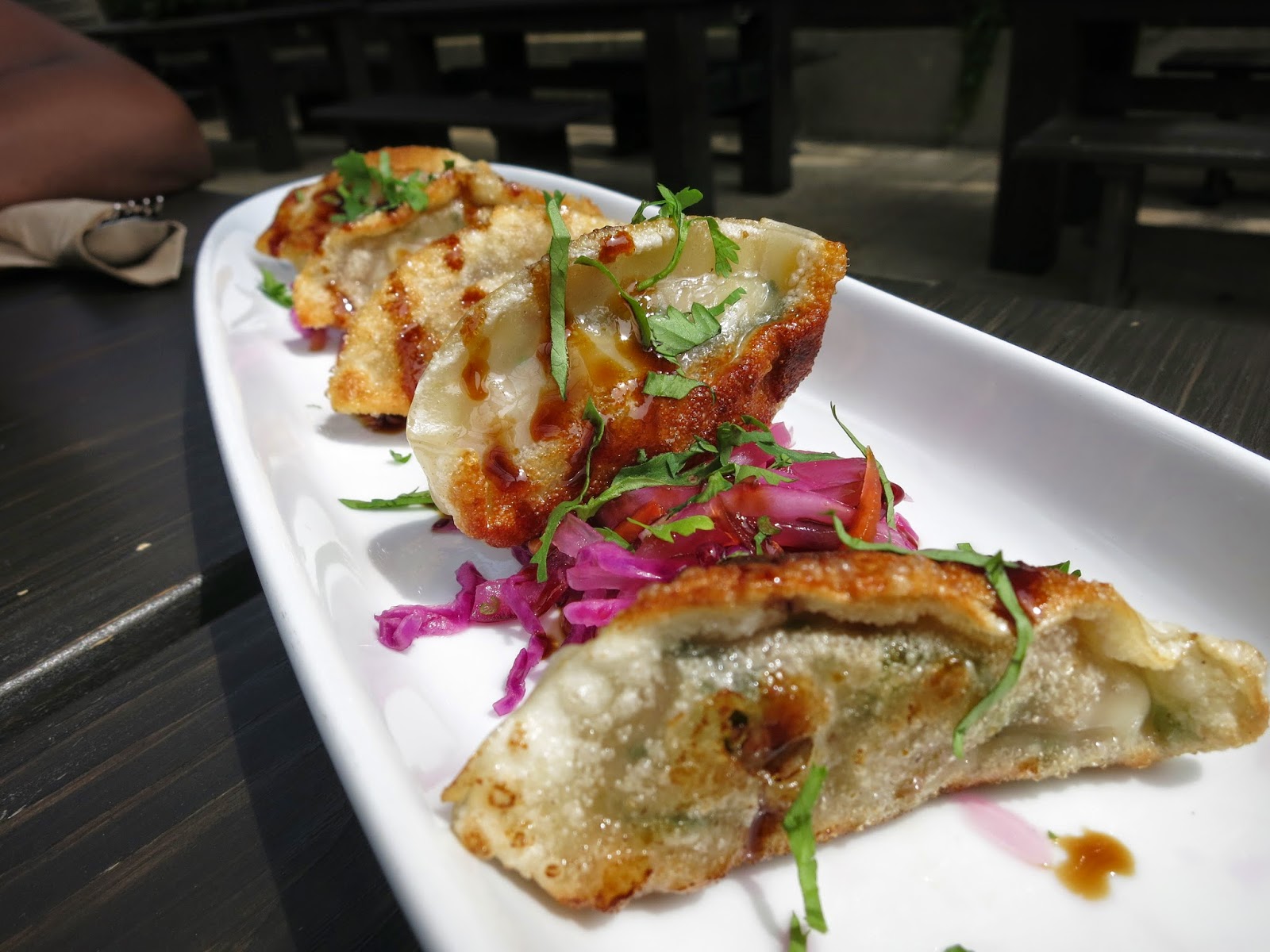 To go with our upscale traditional style Chinese pot stickers we also got some spiced edamame which has become my favorite version in the city. It's spicy mixed with lots of vinegar, finger licking good. The dumplings are no slouch neither. Perfectly made I loved the addition of the pickled red onions and fresh herbs on top, they took them from very good to top of the line. Asking price ($9) might be a little steep but at least they were the real deal. For grains we went with the Phat Rice and an order of lemongrass chicken. 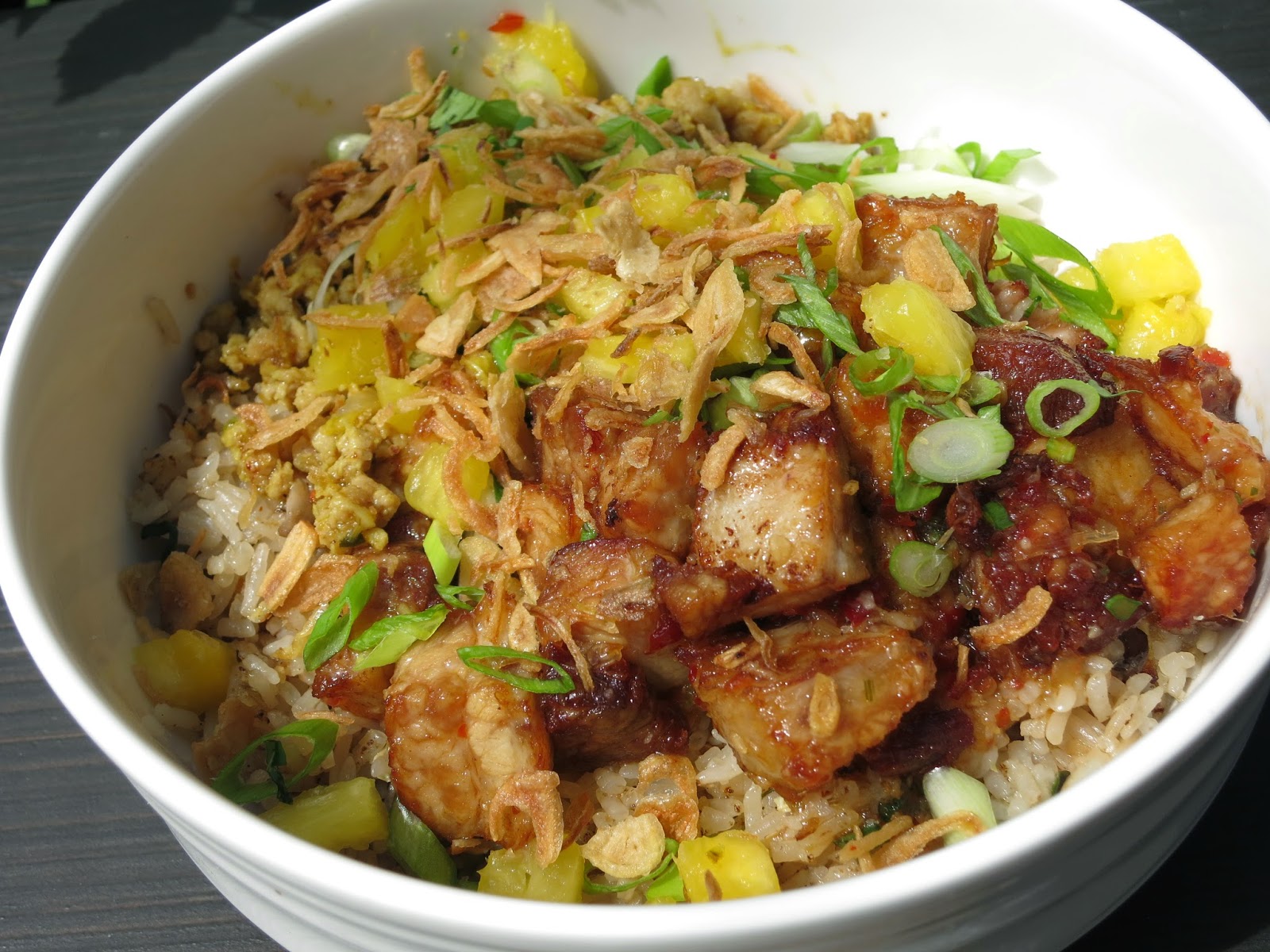 The Phat Rice was pretty damn phat yo. My biggest qualm with most Asian places, doesn't matter if they're Thai, Chinese etc is the quality of the meat used in most dishes. Obviously there was none here as crispy bits of pork belly were cooked until crisp. Then again it better be at $14 a bowl. Still these are sharing sizes so you can do that with another that or maybe even have a little left over if eating alone, unless you eat like me. I thought that for both flavor and price the lemongrass chicken was even better. Perfectly fried rice goes so well with lemongrass and while I've never been a fan of ground chicken they cook it up crisp and don't leave it in too large of clumps allowing you to get both some meat and rice in each bite. I've been back for it via pick-up which they save a space right out in front for you to pull up should you be doing so. Welcome to the rotation Urbanbelly. 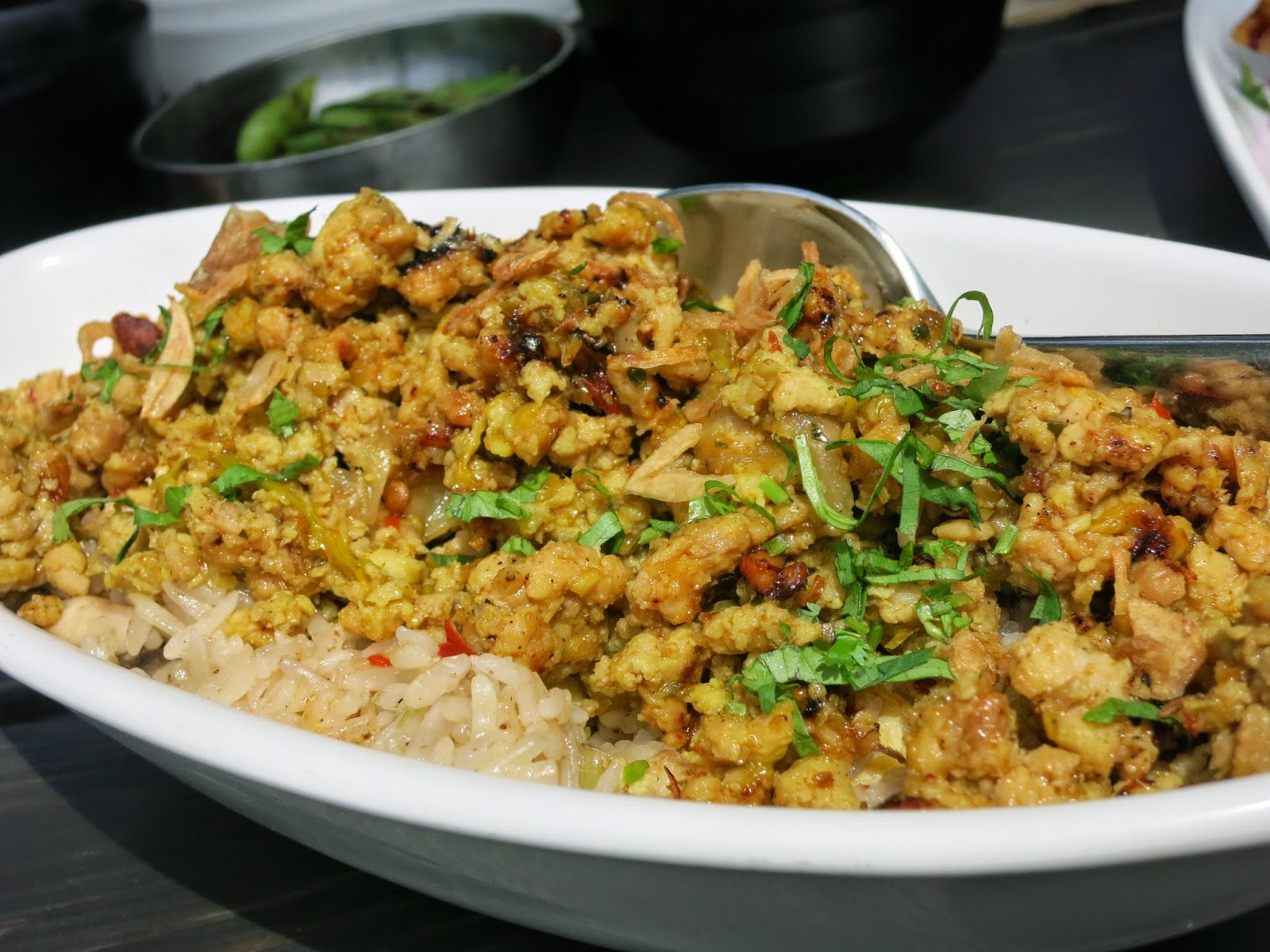