Ready for yet another new series of posts? Introducing 'Meatless Mondays'. Where I post about the best vegan options around town each and every Monday. Really? No not really. But if you dont mind I am going to share a spot without any meat on this Monday here today. Reason being is I believe the folks at Falafeiji on Harlem avenue in Lyons have the best falafel in the cityscape. 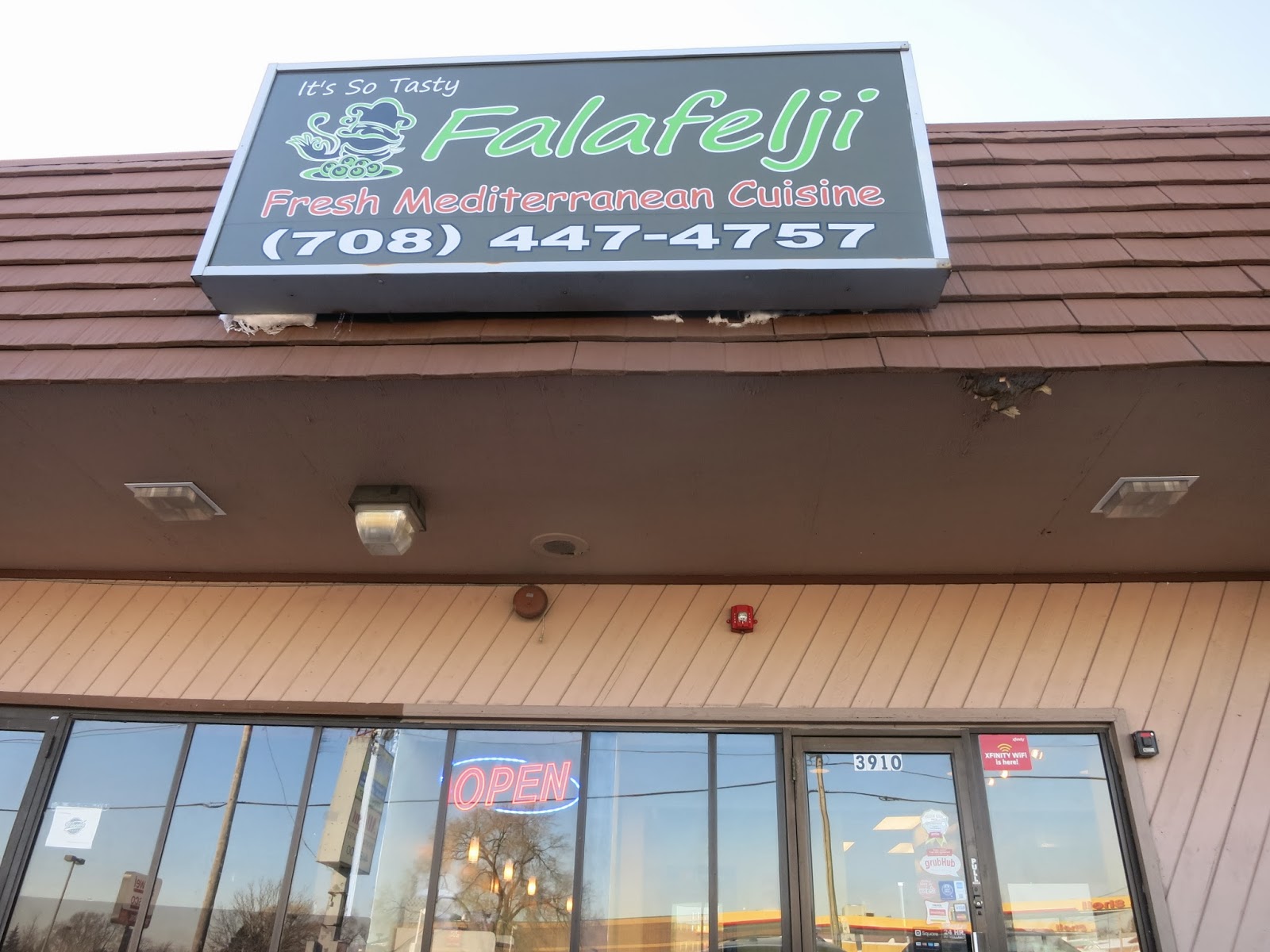 I'm not sure when this place opened up but they seem to be expanding out. The original location in Lyons is an unassuming spot in a strip mall. It has the looks and feel of so many other spots. That on top of the corny name might make you pass by without wondering but you don't want to do that. I just happened to have the taste for some fried chickpeas one day so I decided to stop in and was blown away by their falafel. 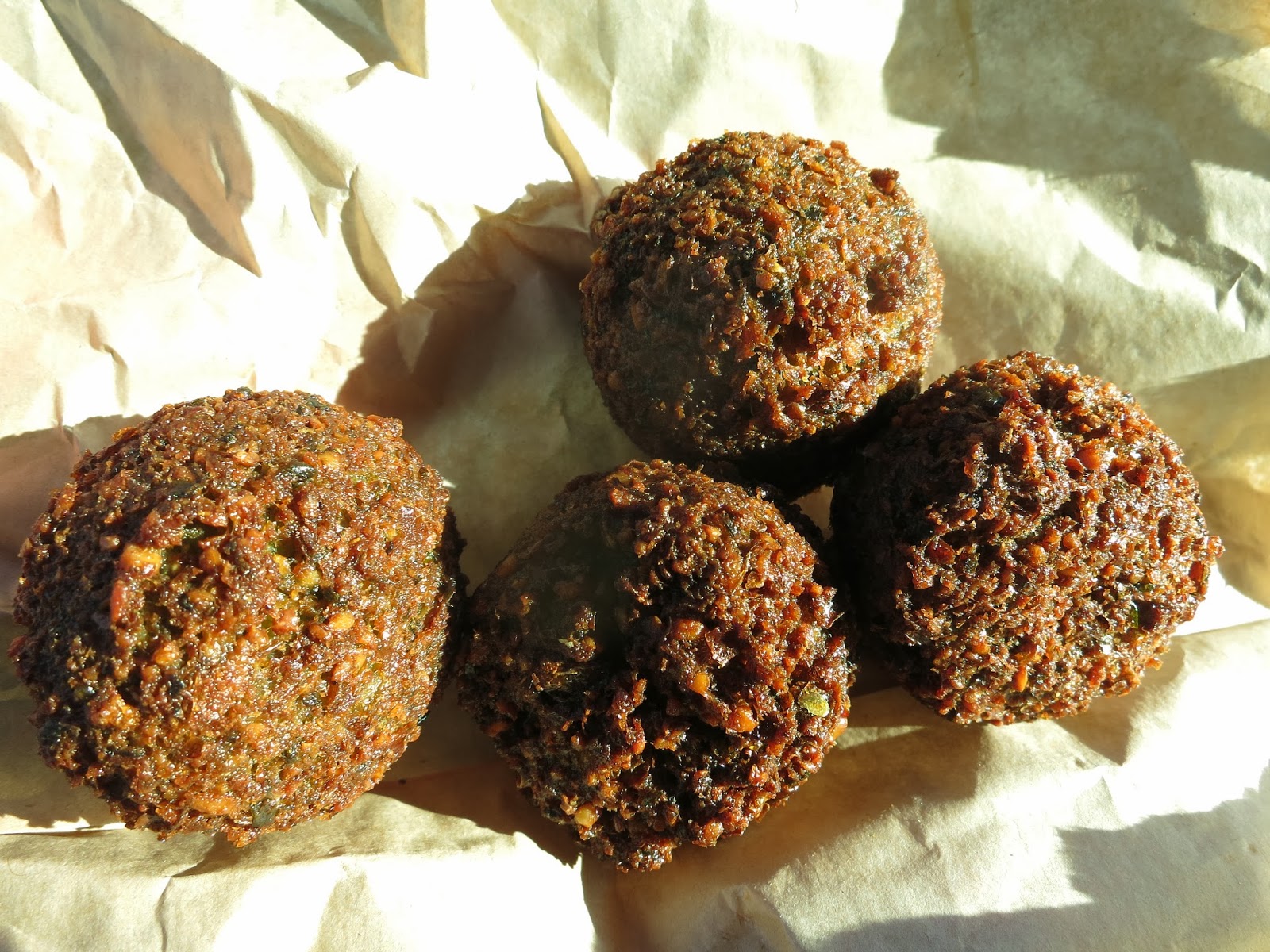 On my first trip in I ordered a small batch of balls that ended up being so damn good I went back in for more. I'm not a falafel expert but I could taste perfection in this recipe. They were crispy and crunchy on the outside while being creamy in the middle. They definitely dont skimp on the herbs as the inside color is a bright almost neon green hue. The habenero dipping sauce is as addictive as certain illegal narcotics and while they dont make their own pita bread ala Naf Naf, the sandwich is a steal at $5. Speaking of Naf Naf, I think the people behind Falafeiji are trying to become what it's morphed into. I stopped into their second location in downtown La Grange and it had the feel of a fast casual food franchise. While they don't have a spit in action, I found the shawarma with rice platter to be a nice healthy lunch option. I hope they open one in the city soon. 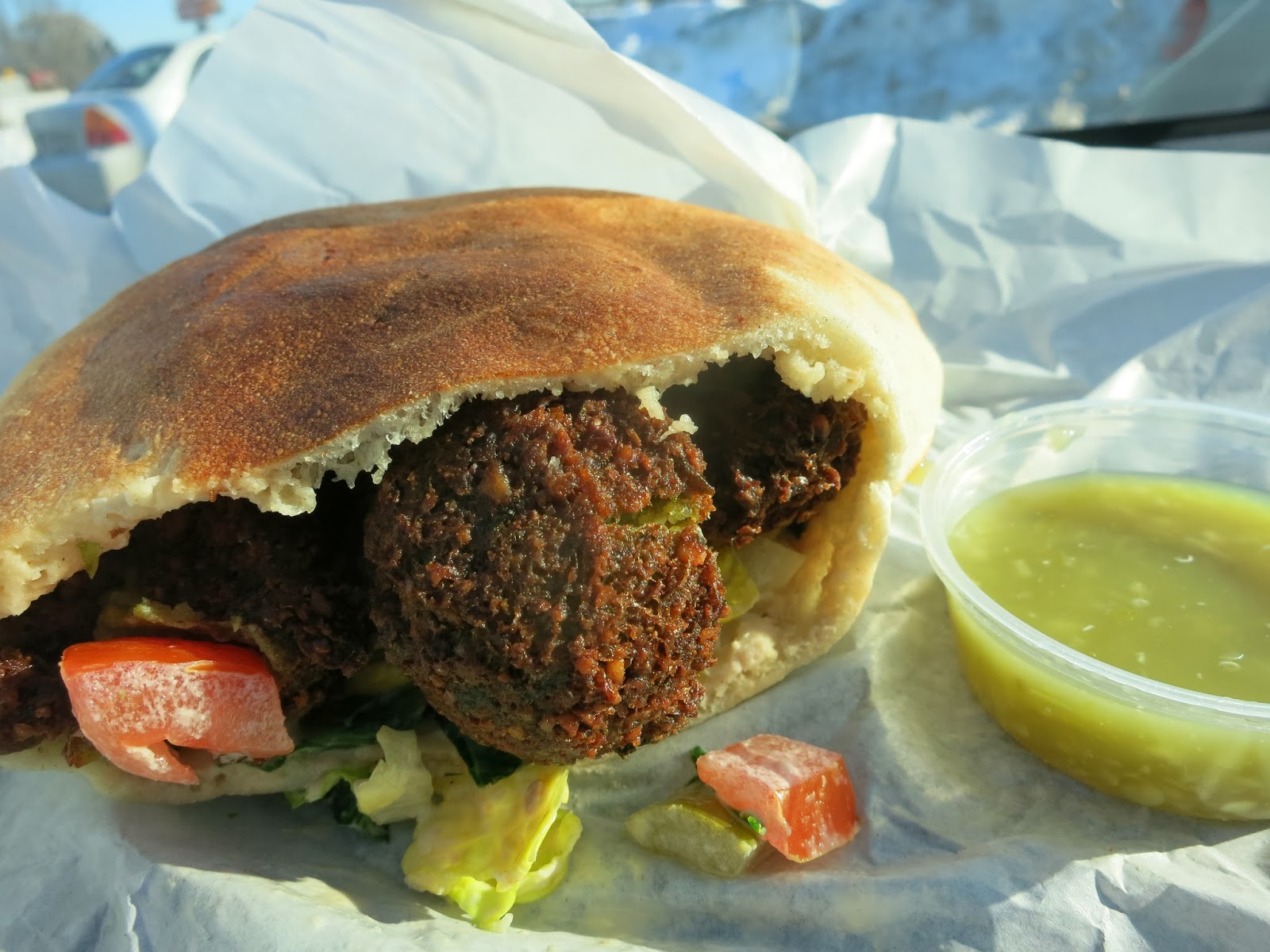