Were heading out today to Blue Island to check out the historic Cook County suburbs original Italian grocer. From it's very beginning up until now Blue Island has been a very diverse town with a few of the blue collar favorites from when it was a thriving railroad town still around. These old time neighborhood establishments along with a history that traces back to the 1830's give Blue island an authentic feel you just don't get when visiting many other Chicagoland suburbs. Steffanelli & Sons opened up in 1975 and are still providing the people of the area with all their Italian grocery needs as well as some great options for a quick lunch. 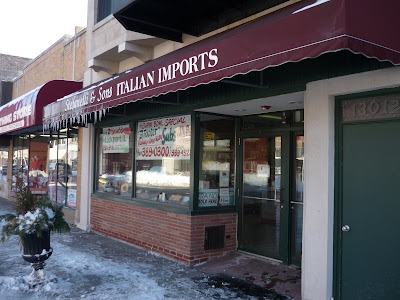 A neighborhood favorite in Blue Island

Located on Main Street in Blue Island they also have a spot in Lockport, IL. Originally Calabria Imports which is now in Beverley, the people at Stefanelli are the family members who stayed behind and changed the name. Once you walk inside it's a clean nice sized grocery store with the shelves stocked with Italian goods. In back is the deli/lunch counter where you can get sliced meats for your fridge or maybe some of their homemade Italian sausage or if you cant stand to wait they make sandwiches to go too. Lets take a little look around. 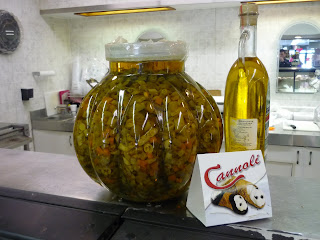 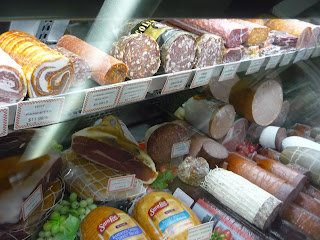 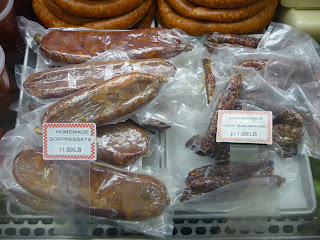 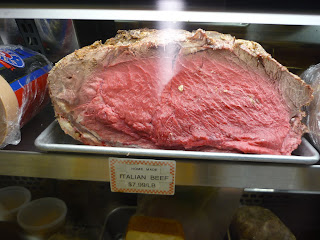 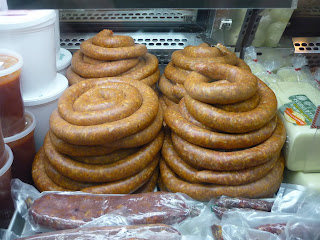 Very nice selection of quality goods
I've only been to Stefanelli once and made sure I got a little taste of it all. Aside from some sausage (very good) that I bought to make at my place I also went with not one but two of their sandwiches. In Chicago, especially the southside and surrounding suburbs, you might encounter a "Freddy" on the menu at an Italian joint. It's nothing too crazy but still unique to the city. It's a Italian sausage patty placed on a sub roll then topped with marinara sauce, sauteed green peppers and melted mozzarella (giardiniera an option). They are a lunch staple around this way. 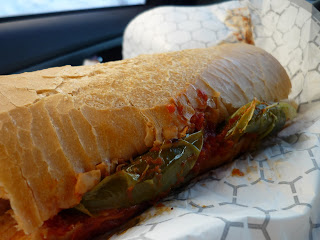 A Freddy sandwich from Stefanelli & Son's
I had eaten a few Freddy's in my lifetime before I knew they were a fixture for some and just like the 'Big Baby' cheeseburgers had caught on within this part of the city. The same man that taught me about those Big Baby's wrote a post on the Freddy sandwich over at LTH which is great. I'd eaten these sausage sandwiches before while hanging out in Beverley with my cousins in my youth but forgot about them along the way. Rene G, the man who wrote the post, liked the Freddy at Stefanelli & Son's best and I agree that it is very good. The sausage is well spiced and grilled as opposed to griddled which makes for some more good flavor. 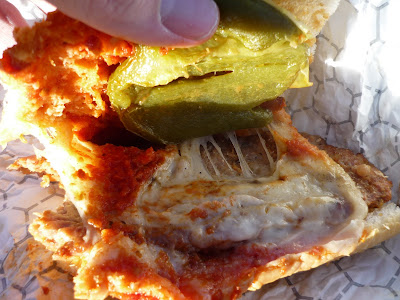 Then there's also the good old Italian sub which they also do justice too. There are endless options for an Italian sub but not nearly as many options for one as good as those at Stefanelli. 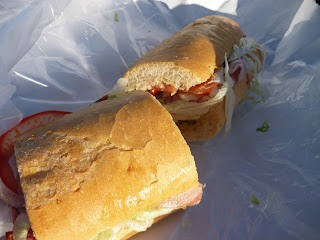 The Italian Sub
Because of the high quality Italian deli meats and attention to detail along with wanting to do it right they are able to make a mean sandwich. As I ate this I remember thinking how this place might be considered the best if it was anywhere near the buffoons of the food globe who decide what the cities best is based on three or four neighborhoods. Just thinking about it as I post this has me planning a trip back at some point soon. Not much else to say expect look at the picture below, that about proves it. No? 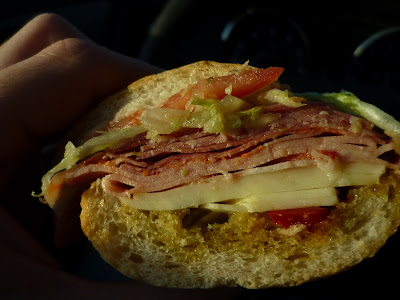