Today were heading back to five spots previously featured on chibbqking. All located within city limits they share a similar trait adding some international flavor to today's menu. The previous stories on these spots and their address's can all be found by clicking their names enlarged in bold to begin the visit back to them today. 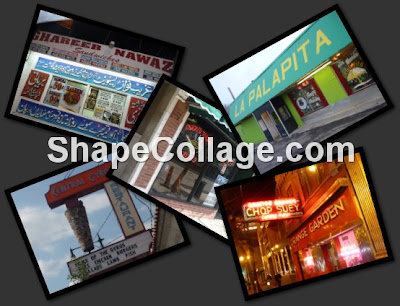 I've been eating (and then fiendin' for more) on the steak at Palapita since I worked near there in high school and it was a frequent lunch stop. Back then I always ordered a super burrito which is pretty much everything including their cooked to order charred and then chopped skirt steak. Over time I developed a love for tacos and always eat those over burritos. But then one day last year, I tried a burrito my way from here and I've been ordering ever since. I like it with steak, onions, cilantro, cheese, guacamole and rice inside. It is now my go to spot for a burrito and one of my most frequent stops for food of anyplace out there. Extra sides of salsa too please. 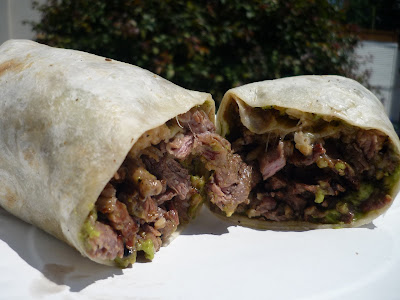 Alright so it's not exactly authentic Chinese food and American-Chinese is a much better description than even Chinese-American is. Well this is true as this Chinese is more like the style your parents ate (unless they're Chinese) in their youth. It's Americanized and the popular dishes here are the common ones found on Chinese restaurants in America's menus in the 1950's. Well then you go with what they're known for. I like the lo mein here and it's pretty much all I get nowadays along with their egg rolls when ordering takeout. The beef can be just ok so sometimes I get shrimp. But what makes it for me are the noodles and extra amounts of celery. I imagine they've been making it this way since they first put up their awesome old school neon sign back in the day. It's one of my guilty pleasures. 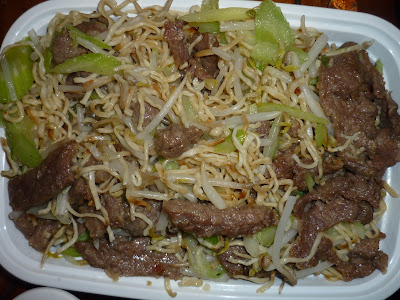 It's been so long since we've been on the gyro-tron but that's not because I don't like them anymore. I just haven't got around to posting on any others but will soon now that I realize this. Central Gyros on Central ave not far off Belmont remains one of the best as far as good old fashioned Chicago style which comes from a locally produced gyro cone company. If you want to venture out and still want gyros, try a combo platter which can be seen below and comes with souvlaki and greek sausage along with their popular gyros meat. 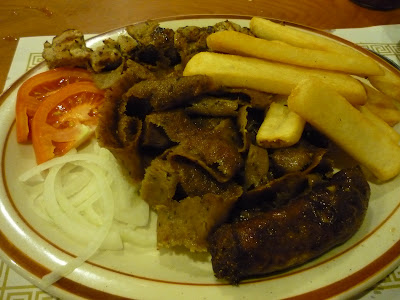 it's also been a while since we've been to anywhere on Devon but that soon will change as well. in the meantime GN remains one of the best places in the city for bang for your buck meals. Already featured in the 'lunch under $6' series they also put out a mean chili chicken. A huge portion along with a few samosas and a drink for under $10 is going to make you full and happy while giving tons of flavor too. It's popular with the cabbies for a reason. 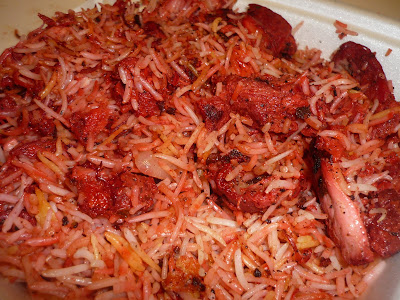 Another one of my all time favorites. The Cubs suck but Wrigleyville's still got HK. It's been featured in multiple stories here on S'C'&C and that will only continue to happen since I get there often. I love the breakfasts here with the Asian flare. I guess theres alot of spots like this in LA and Hawaii and I'm thrilled we've had Hamburger King especially when you consider how long they've been around. Its one of the last places to remain from when Wrigley wasn't nearly as popular or commercial as it is these days, despite the Cubs continuing to lose. For a good old fashioned south seas breakfast try the bacon and eggs with rice and gravy. Great for hangovers. 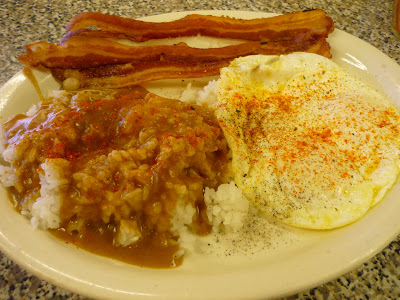 See ya next time @chibbqking. So many more places we gotta go.