Longman & Eagle opened up back at the start of 2010. Following the trend of hot gastro pubs around the city they did so with a bang. It was an immediate success and received rave reviews. As always I like to let a place get its feet under its legs before I try it. So I hadn't been until earlier this month. I'm not the local snob food expert but I very much enjoyed my first visit and intend on getting back sooner than later. I know I like it when I'm wanting to go back asap despite the place being flooded with hipsters. there were like 7 hipster bikes parked on the pole outside. They have officially taken over Logan Square. That is until they grow out of this "weird and annoying to others" phase of their life. 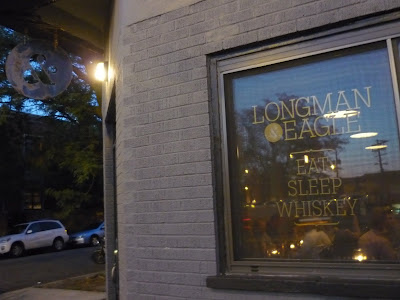 An immediate success and now staple on the scene

As you can see in the picture above they are low key for what they put out. The food is excellent and the drink list is impressive. They have alot of whiskeys available including cocktails dedicated to the season and plenty of micro brewed beers and a fine wine selection. I had wanted to try a Dark & Stormy but for some reason they were out of that I was told. A mixed drink? I went with a Moscow Mule which was excellent and great on the summer day as we dined outdoors enjoying the weather and cocktails. 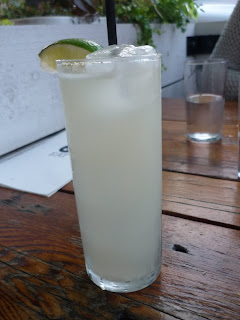 Lucky for me this was a bday treat from a couple of my aunts so there were three of us and we were able to split a few of the small plates which are basically appetizers. We went with the bone marrow spread served with toast, a porcini agnolotti with crispy pork skin and also prawns and grits. All three were excellent. Hard to choose a favorite so much so to the point I would get the same three again if the menu was still the same. It can switch as the seasons do too. 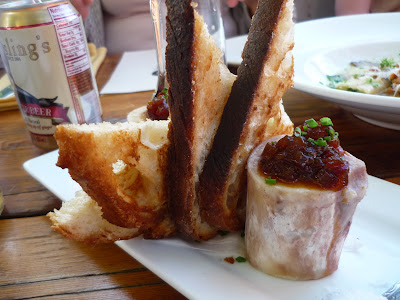 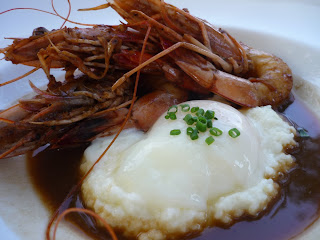 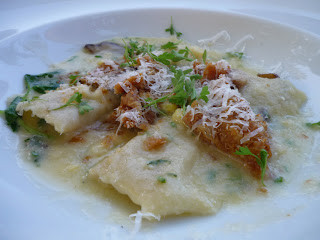 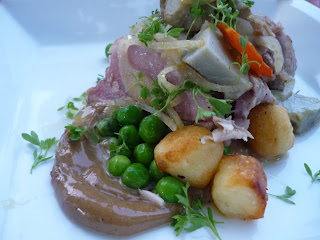 The entrees were just as good as the apps. One of us had the tuna seen above which was excellent as I was able to have a piece. I forget how it was prepared and the menu does change but if your going there around or near when this was written just check the entrees. I get the feeling it's hard to go wrong here. Even if you wanna just head out with a friend/spouse for a drink and reasonable meal, the burger is said to be great and it sure did smell good. The skirt steak dinner was excellent. Served with a bone marrow ravioli as well as green beans, corn and a wonderful Latin inspired sauce. 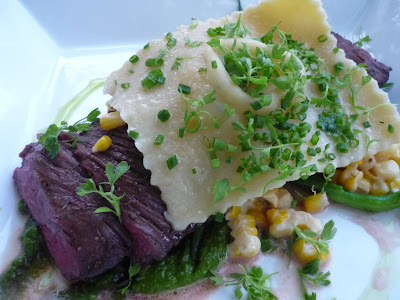