Peppo's out in Palos Hills is a favorite of many in the area. They've been around since 1976 back when the area it's in was desolate. People would race cars and motorcycles around these parts since there was nothing else out that way. Jim Peppo the stores founder decided that maybe these racers needed something to eat really quick before they hit the streets. Well over 30 years later Peppo's is still here and often named by many from the area as the "best sandwich in Chicagoland". Today we head over to check it out. 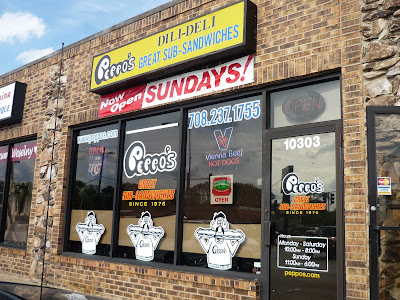 a locals favorite in Palos Hills

I had been told I need to check out Peppo's for one of their sandwiches which are well known due to their famous guts. These "guts" are a mix of tomatoes, cucumbers, onions, peppers and other spices. They offer the guts in a few diffeent varieties and you wont catch anyone in there requesting their sandwich without guts. The bread is Gonnella and other options aside from sandwiches are available but its all about the subs and guts on top of them at this place. I tried an Italian and thought the meat was ok, the bread was pretty good but those guts, goddamn they're good. Next time I'm up that way I will be sure to stop in for a sandwich and also a cup of guts to go which they do sell. No guts no glory. 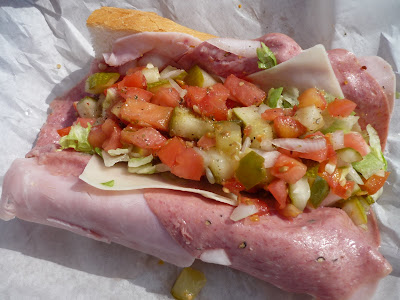