Sorry for not getting back on the wing-fling sooner but I have been waiting to make this post for the NFL playoffs and what should be the conclusion of the college playoffs but I wont waste your time about old ass stubborn white southern college presidents who cant deal with change. So I'm getting back on the wing fling. When it comes to food and football chicken wings will forever be linked together.

I have had many different wings from around the city and I am always on the prowl for a batch of fire but I always seem to walk down the block for the best Chicken Wings served at any bar in Chicago. The Bird's Nest on Southport and Altgeld in Lincoln Park is just another one of Chicago's corner taverns that has been here longer than most of its neighbors and another spot that proves once again that LP is not a food wasteland. 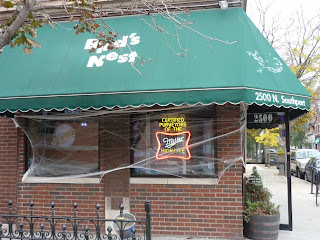 Bird's Nest is a popular neighborhood bar for food, mingling with friends and watching sports. It's very often you'll find Chicago social league football and softball teams in there after games drinking pitchers and eating the best wings in Chicago and watching real athletes on TV. I will admit that it's kind of like a frat house but trust me the food isn't frozen pizza and cup-o-noodles and the patrons aren't Brutus the Buckeye and Sparty. What makes their wings so good? its what they specialize in and have since they opened. The menu is basically compiled of Chicken with some burgers and such. The Bird's Nest has been able to perfect the art of frying chicken wings, they always come out perfectly fried. When wings are the perfect size and come freshly fried crispy on the outside and juicy inside they are by definition perfect. They offer the wings in either Buffalo sauce or teriyaki. 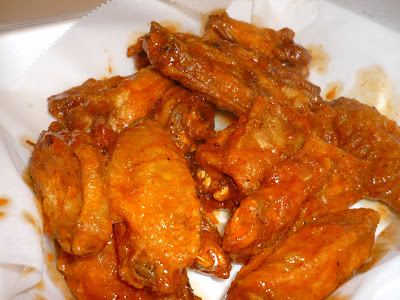 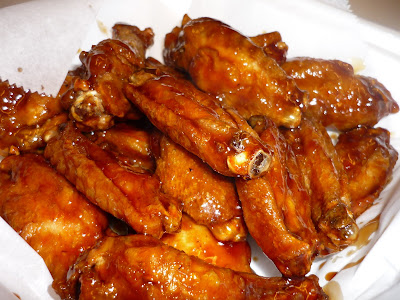 The buffalo is really good and much better than most places buffalo sauce but the teriyaki is outstanding. Its because of this I always have to go half and half and I'll usually order 20 so I get 10 of each. The wings come with both bleu cheese and celery as well as plenty of napkins and ranch is available if needed. I've been to alot of bars since I obtained my "license's" from Connecticut and Oklahoma in high school and have returned to many more since my real license from Illinois said I was 21. During those visits I spent plenty of time watching playoff games and eating wings at most of them. The Bird's nest is the hands down winner of the best chicken wings served at a bar in Chicago that I have found to date.

When we can expect to see a comprehensive wrap-up of the best rib joints in Chicago?

you can expect the BBQ joints to start popping up soon...been meaning to get a few of those up, theres just so many spots but dont worry b/c they're coming

I like the wings at Finn Mccools... Super underrated... Also, a buddy of mine that lives in Chicago via Buffalo, New York swears that the best wings are at MyPIE on Lincoln ave... been meaning to get over there

i may order wings immediately after seeing those teriyaki joints...not from the bar - but maybe from the back page or atomic wings

I would have to say my favorite all time wing in the teriyaki. Nothing beats a great game and great food!