-Lunch under $6 so you don't gotta eat at Subway

Chicago's famous Devon ave has finally made its way onto my site and its fitting that its in the cheap lunch segment. When people talk of their favorite streets for eating in the city Devon ave is always on that list. It's a stretch where you can encounter many different immigrant groups with a heavy population of people from all over India included on that list. If you want a great mix of Indian snack and sweet shops with restaurants and grocery stores with produce and spices from this region then this is your place to find them. One of my favorite stops on the strip is Ghareeb Nawaz which is one of the best places for cheap eats in the city. Its fitting that a place that's name translates to "benefactor of the poor" would pack quite alot of food for the low price's they have. 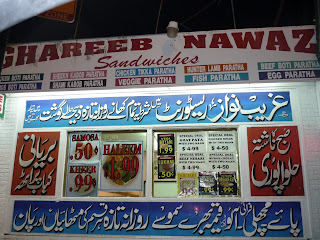 The menu at GN is pretty expansive with nothing being more than $7/$8 and every item being abundant in food so its really easy to fill up on tasty food at a great price. I am by no means an expert in Indian cuisine and still very much an amateur but I do know when a dish packs a punch of flavor and the chicken and lamb biryani do just that. I hope to one day bring you the full menu and many different dishes that they excel in but for now all I know is the biryani because thats what I get, even if it wasn't great food at $3.95 its a steal for the amount of it you get. The family of biryani consists primarily of dishes from south Asia and is also an Indian style of fried rice with theirs being Muslim style biryani. 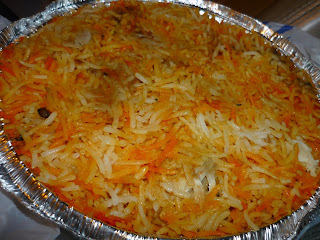 I think that this could be the best meal in the city for under $5 because it could easily be eaten for lunch and dinner or even breakfast, this a great place to eat before you do any shopping in the area. I'm also a huge fan of the lamb biryani which is just a buck more and their fried chicken and samosa's which run you a mere 50 cents a piece. It's not even about the price for me here, its the amazing flavor in the fried rice and the amount you get is enough to fill you up for sure. Like my guy Bob Barker would say "The price is right" and don't forget to have your pets spayed or neutered. 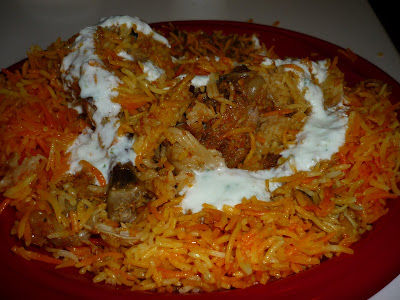 The biryani plate comes with yogurt sauce, shown here is half of the order

Aw my goodness!
Never thought your blog would have Indian Cuisine and on top of it, Biryani!!!!
Thanks a lot for this post...my favorite dish till date!