Baseball is going to be quite a handful here in Chicago the next couple weeks (we can only hope) Its almost impossible to get thru the day without thinking about the boys in blue and them fools that rock black over there on the south side and what the cards hold for both the north and south sides this fall. Its not easy to think happy thoughts during this time that we have been waiting for since July in Cubdom. 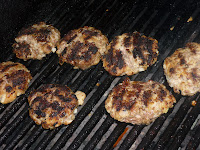 Sometimes when I cant think of anything to BBQ and my head isnt working I just make regional food from whatever location are opponents hail from. So in honor of my former home Tampa Bay I present you white sox fans with a feast fit for a Cuban. BTW, while Tropicana field is the worst stadium I have ever been to, it also has the best food item I have ever eaten in a major league ballpark, the Cuban sandwichs are legit inside the ballpark. Any white sox fan headed down to Tampa should get familiar with the amazing Cuban cuisine the city has to offer...great clubs too. One thing is for sure White-Sox rookie superstar the Cuban-missile, Alexei Ramirez, is eating well this week. 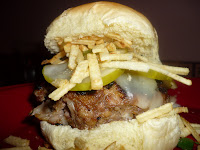 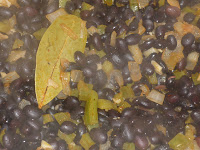 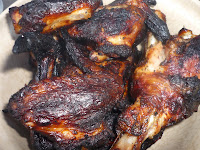 1) Marinate everything in a bag for up to four hours or overnight.

2) drain the bag and place the chicken pieces on the grill and cook for 45 minutes to an hour turning constantly. When meat is falling of bone, remove from the grill.

3) serve alongside a frita cubana and some beans and rice. 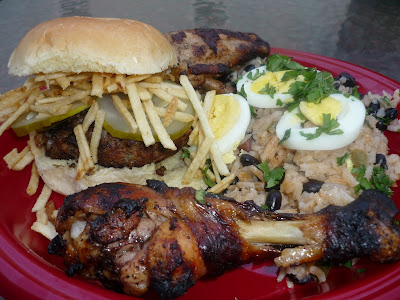 While your at it White Sox fans, please remember the name David Price. The 21 y/o was the 1st overall pick in the 2007 MLB draft by the Ray's and is the best pro pitching prospect since Doc Gooden and is going to introduce himself this postseason, which should be the first of many for him and his Ray's teammates. Here is how I see it playing out.