Unfortunately for the folks at S.K.Y they were in the news before they even had a chance to open. The restaurant is part of the ongoing transformation of Pilsen's 18th street. So some people from California took exception to what they called gentrification. Without getting too caught up into the debate of gentrification let me just say that 1.) It's very real. and 2.) But the agitators from California are wrong. Sorry but you dont even live in the neighborhood which has hosted a ton of different immigrant communities over the years. The opening of a restaurant in a formerly unused building shouldn't be cause for uproar. Though let me say the displacement of people probably should. But I'm here for the food which has gotten glowing reviews from the likes of Chicago's food media. Shall we? 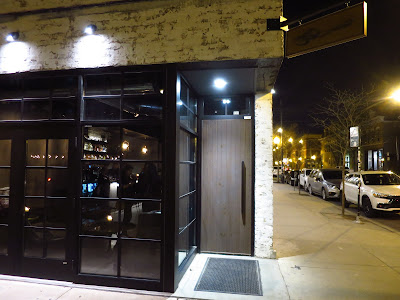 S.K.Y is run by Chef Chef Stephen Gillanders formerly of Intro. The food can be described as Pan-Asian though you'll find plenty of other flavors in the dishes too. The space itself is large and dimly lit though luckily for me it's not so dark that the pictures come out like crap. After all just looking at them will give you a much better idea of the food than my words will. We started with a wonderful amuse bouche and moved right on to the lobster dumplings, what?! Two of my favorite things come together for a pretty memorable dish. I will say that pork works best as a filling in dumplings as sometimes seafood doesn't have the softest texture though this dish was sensationally rich. I'd heard they tested some 30+ dumpling wrappers before finding the right ones to hold lobster meat inside. The yellow sauce the dumplings are floating in is fueled by tons of butter. I knew I'd be liking this. 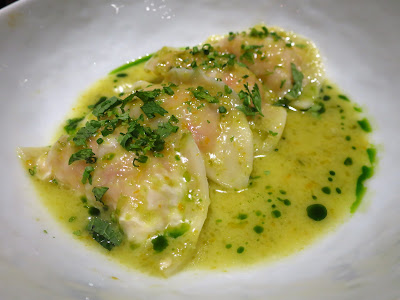 Moving on to the next dish we were sold on the Roasted Pork Belly which we were told comes crispy on the outside and juicy inside. Just how we like it. Paired with red chile vinegar, cabbage, and coriander this was a perfectly cooked plate of food. Lots of pork belly is featured on menus these days but only a select few do really good things with it and S.K.Y is right up there with the best. 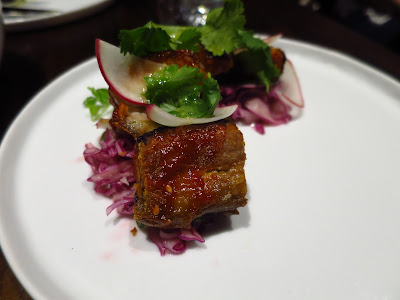 Last but not least is a dish that will most certainly be making it into my final post of the year aka the best stuff I ate in 2018. The reason this place shot way up on my radar was this dish. The foie gras bibimbop pairs two things I adore in the food world and it works so well you have to wonder why it's only happening now. You get a nicely seared piece of goose liver atop a bowl of dolsat bibimbop. Dolsat referring to the Korean stone bowl that's always served piping hot which makes for crispy rice at the bottom. It's a real treat and the reason why you should always pay the upgrade for the dolsat bibimbop when given the option. At S.K.Y it's standard and atop the rice and below the foie gras are a handful of sauteed vegetables including mushrooms, green onions, and more. It was decadent. With all of this we enjoyed a really nice white from Baja California and had some excellent service from a guy who grew up and still lives in the neighborhood. S.K.Y is one of 2018's best new restaurants. 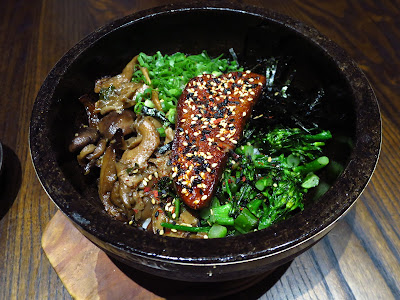 Cultural Holidays is a leading Tour & Travel management company with the specialization of various kinds of tour packages developed by the group of professionals which make it unique and one of the most-sought after tour and travel organization in India located in Agra, Uttar Pradesh. We offer domestic tours to a Delhi, Rajasthan, Uttar Pradesh including Jaipur and Agra.