Terrible news this morning in the food world. One of the most respected folks we know when it comes to food has passed away. RIP Anthony Bourdain. Just last week I was explaining to an associate what a Mother-In-Law sandwich is here in Chicago. I went to google and searched for my article on Fat Johnnie's which is the place credited with creating them. I couldn't find a post of mine so instead I showed him the video of when Anthony Bourdain came to Chicago and tried one for his TV show. 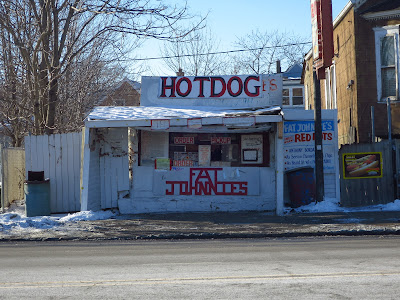 Fat Johnnie's is a Chicago treasure. It looks more like a business in a small Mississippi town than it does one in Chicago but it's location way South on Western is a perfect one. It sits all alone in one of the more dilapidated buildings you'll ever come across. It's here where my friend Peter Engler once took Anthony Bourdain for a taste of hidden Chicago. Peter is probably the city's leading culinary historian and I credit both him and Bourdain with peaking my interest in food through exploration. They went to Fat Johnnie's to indulge in a Mother-In-Law which is a Chicago style tamale in a bun. They're a love-hate thing but I do enjoy one every couple of years or so. Not much left to say on both Fat Johnnie's and Bourdain as both have both had their stories told by people way more capable of doing so than me. So I just want to thank Tony for showing a part of Chicago that many hadn't seen until they watched that episode. I should remind everyone that Fat Johnnie's wont be around forever. 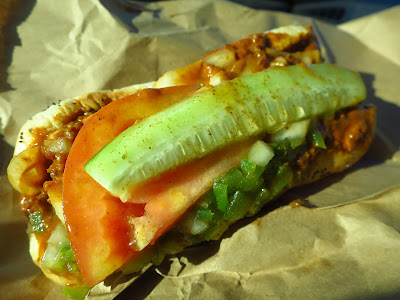