With this being Halloween weekend and Madison, WI being one of the best places to party on Halloween we head on up there for some scary eats. I was in Madison over the summer and had as always a great night of drinking and eating on my visit. After we visited The Plaza for one of their famous burgers we went over to the Great Dane and had quite a few of their fantastic brews and bada bing before you knew it, we were hungry again. 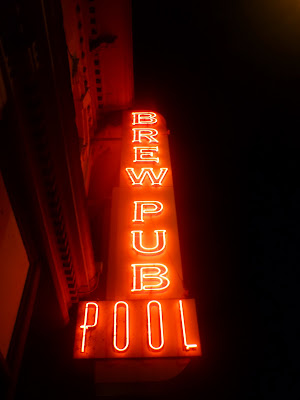 The Great Dane is one of Mad City's best drinking joints

So after last call we headed back to our hotel just off State st. and I came to see another new place in Madison that wasn't in Mad City when I was there. Located right next to University Inn where The Den used to be back when I was around is a new college eats place called Fat Sandwich Company. It's open late nite and caters to the drunken college crowd in Madison as you can tell from its menu which has what looks to me what are obvious stoners creations everywhere on it. 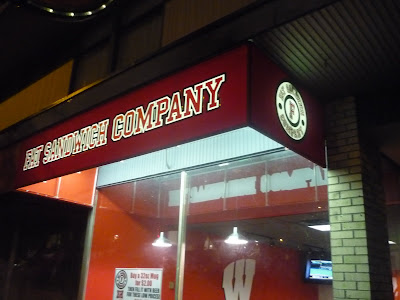 Fat Sandwich is basically a ripoff of the famous Rutger's University food stand that serves sandwiches with everything in them called The Fat Darrell. According to it's website they have other locations, also in college towns. I had to try one since it was right next door to our hotel and so I got a Fat Milf which I think was cheesesteak, bacon, cheesesticks, cheese fries and some other stuff thrown in a roll. I also spied a Luther burger on the menu and had to have one. These sandwiches should not be eaten by anyone sober. I don't think they were anything special but if intoxicated they become a little something if your hungry. But its not really all about taste at that point is it? 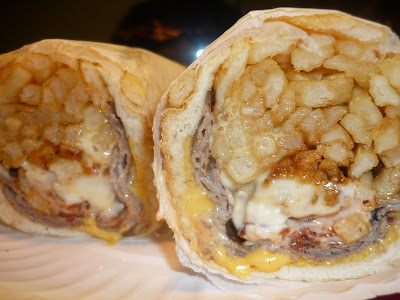 Now the Luther Burger is a little more respectable and there's no problem with eating one of them when your stoned sober. Although they have also been dubbed a cardiologists worst nightmare. This famous style of burger is said to be named after singer/songwriter Luther Vandross who is a lover of this style which takes a glazed donut which is cut in half and replaces the bun on a bacon cheeseburger. This version was ok but did not do the Luther Burger justice. 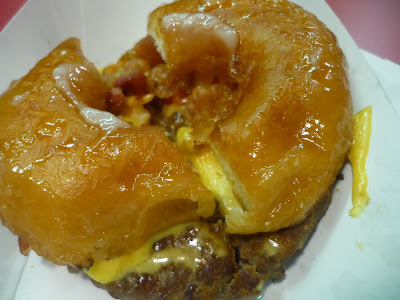 bacon cheeseburger served on a glazed donut aka a Luther Burger

Well I didn't wake up feeling like a million bucks to say the very least. I wouldn't go out of my way to eat at one these places and unless I'm drinking late into the night in a college town somewhere I doubt I'll ever be back to one. But is was a filling late nite meal and some would say horrifying. Happy Halloween to all and if your going to drink a bunch and make a fool of yourself, make sure you don't drive. Holladay. 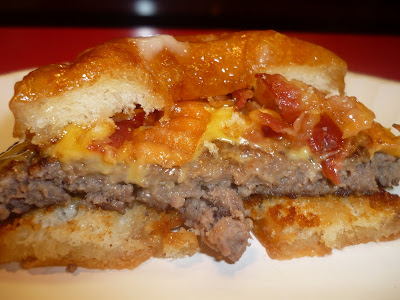 Fits in well in Wisconsin

I am a frequent patron at the Great Danes in Madtown. Usually hit up the one on Doty but also the one in Fitchburg on Fish Hatchery. Love the beers! great post again my man