Its that time of the year, football season is officially here. So today we head North to Madison, WI one of my favorite places to chill in the country. I think Fall is the best time of the year to visit Wisconsin's state capitol and one of the best college towns in America. One of the reasons Fall is so desirable is its a great time of the year weather wise for the area and with students in session its very lively and on Saturdays when the Badgers are playing its a great time. I was recently in Madison late Summer and stopped on in at the world famous Plaza Tavern for one of their famous Plaza burgers. 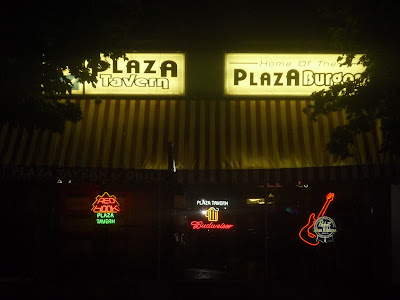 The Plaza Tavern is a bar located just off State street on north Henry that serves many people in Madison's favorite burger which is named The Plazaburger. Many generations of UW graduates and lots of current students spent many nights at The Plaza which has remained pretty much the same. The famous burger was created in 1964 and there's been over two million sold since. Its a burger that's been mentioned when talking the best burger in Madison for a couple decades now. 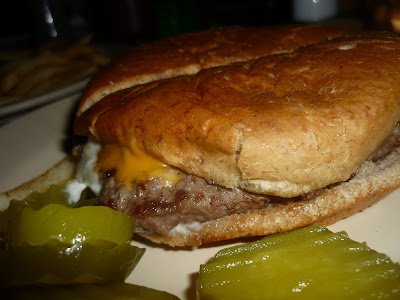 I only had a Plazaburger a number of times even though I lived in Madison for four years but that was more so because I didn't really drink there. The Plazaburger is a great burger after a few cold ones and everything you would expect a burger from a Wisconsin tavern to be. They cook a fresh pre-formed patty on the griddle which is in plain view for patrons sitting at the end of the bar. The thing that makes these burgers stand out is the secret sauce used on them which I think is just kicked up ranch dressing but it makes the burger what it is. They top that off with some cheese and put it on a wheat bun (I guess to feel healthy) and are served with some pickles on the side. I liked them then and still do now. The burger hasn't changed a bit since my last one there a few years back. Amen to that. 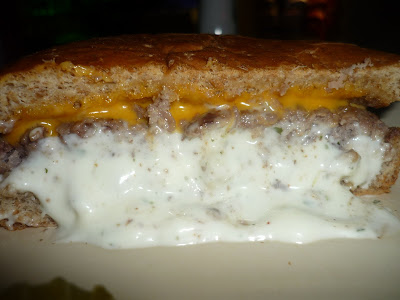