Good morning, how is everyone today? Everyone getting settled in with Fall and football season? I know I am. I want to go to Great Seas restaurant today 'cause its a place I've been meaning to post about for well over a year now. Located in Albany Park along Lawrence ave its a very unassuming little spot on a block with many of them. The area is one of Chicago's most ethnic one's with there being many Latin Americans and Asians specifically Mexicans and Koreans and thus alot of dining places featuring these styles of cuisines. 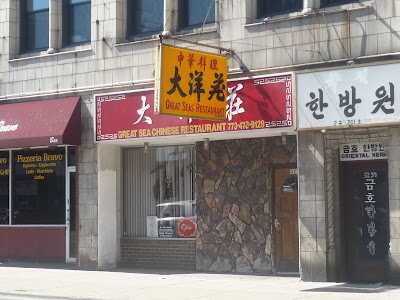 In the Albany Park neighborhood

I was put onto Great Seas by the Godfather himself GWiv who sang high praise about their popular Korean style chicken wings. After doing a websearch I came to see that he wasn't the only one who had love for the wings from here. It's been a while since I've been but this post will get me back there sometime in the very near future. I went with another friend of mine who is a wing fiend and we knew it was on when upon entering inside the little corridor the wall was plastered with pictures of people and how many of these famous wings they put down on their visit when the pic was taken. Just for the record at the time we went which was over a year ago, the record was 86 wings downed in one sitting. 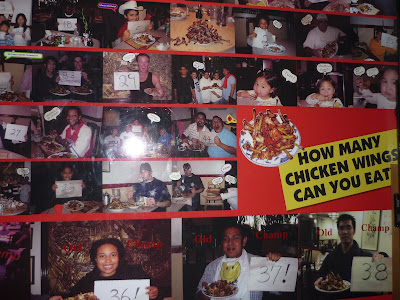 Anyone out there going to try for the record?

Great Seas has a Chinese menu with some other Asian country dishes like the famous wings which are Korean. I was told by GWiv and what seemed like everyone else who reviewed the place online that this was a one dish spot. You go here for the wings and you eat alot of them and that's it. Since these were the words of many we decided on just the wings and went with some egg rolls to see how true this judgment was. Based on the egg rolls the words are true. I find it hard to accept a place that cant put out a good housemade egg roll which is something that shouldn't be too hard to do. These were just bad. 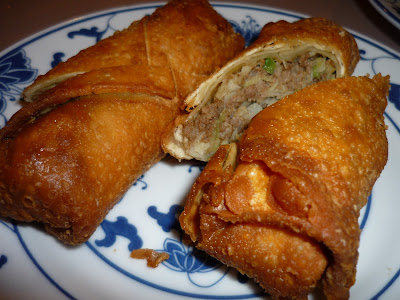 But we weren't there for the rolls and I wasn't disappointed because I wasn't expecting them to be much, we were there for the wings. For every review of how the rest of the menu sucked there was a glowing one about the house special Korean fried wings. So these I was expecting big things from and just like how I got what I expected from the egg rolls, I got what I reckoned I would from the wings. BOMB indeed and well worth the trip there just for these. The old family recipe for Korean chicken wings from the people who own Great Seas has a cult following and I am one of the people in it. 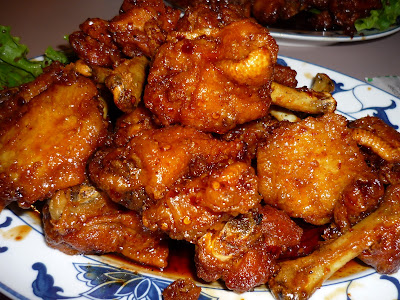 Platter of wings from Great Seas

The wings here are served lollipop style where the meat is removed from the bottom part of the drummette. They are thus very easy to eat and it helps out due to the fact these wings are some the stickiest, crispiest most sweet and spicy tasting things you will ever eat. I thought they were one of the best things I'd eaten when we had them and as is evidence from this site I eat well. They were tangy and had a nice citrusy taste to them and I couldn't go thru enough. I didn't try for the record but I did get another order of them and was happy to take some home for later. Surprisingly enough they were almost as good as leftovers, still crispy and great cut up and mixed in with the white rice included in each order. I'm going to be getting back here very soon and would suggest you do the same. I wouldn't disagree with anyone who calls these the best non Buffalo wings in the city because they really are that good. 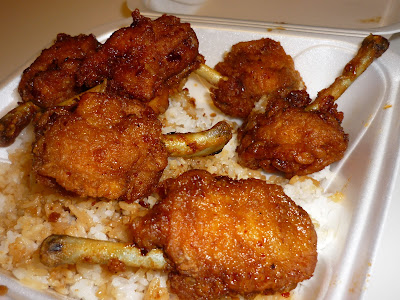 One of Chicago's best eats

I drive past this joint all the time. I'll have to give those wings a try.