-Grubbing in Chicago
Where everyone eats.

Today's stop is a fairly new spot on the scene here in Chicago that's made quite an impact early on. Big & Little's is a fish shack that opened in 2009 in the Near North neighborhood along the stretch of Orleans street abundant with Indian and some African restaurants. It's been featured in many publications and newspapers since its opening and also because one of the two owners was a Hell's Kitchen castoff a couple years back. Tony aka "Little" then teamed up with his buddy Gary aka "Big" and they put together a great addition to the neighborhood and one that's sure to be a longtime favorite down the road. 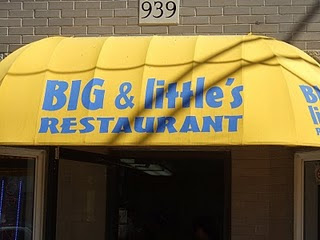 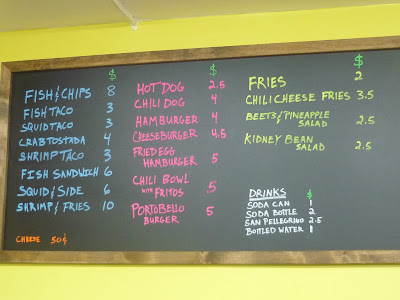 Menu is simple and good up to down

As my readers know I like to promote and give love to the Chicago classics that are located in every neighborhood (not just Bucktown, Lincoln Park, Lakeview and Downtown) and not just the Hot Doug's, Alineas, Big Stars, Mr. Beef's and the rest of the trendy spots that get more than enough love from publications and sites that for the most part is deserved. I just figure why do I need to let it be known what everyone else already has? However there are spots I make exceptions for and B&L's is going to be one of them. We need more places like this around the Northside as opposed to spots that are more of a marketing concept than an actual eatery. Big & Little's isn't going to wow you with its in house dining and wasn't designed by a hipster. Its plain inside and there's a table with stools along the backwall with some recent publicty on the walls and reggae music playing on the speakers. Its all about the food. I like most everything on the menu. 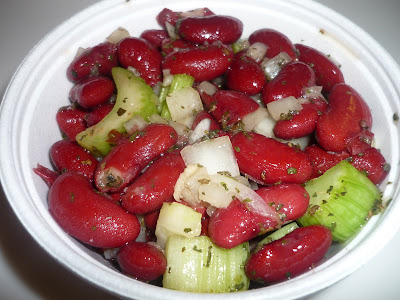 My go to side is the very refreshing kidney bean salad

The tacos at $3/each are something I order at least one of each visit. If your taking your order to go I would recommend an assortment of the tacos since some of the other must get items don't travel as well. All of them are available fried but I usually just get my fish tacos fried so most of the time I get an order consisting of one fried fish taco, one squid taco and then one shrimp taco which comes with different toppings than the fish and squids do. They are all very, very good. Chicago is lacking in a legit five star fish taco joint but B&L's scratches the itch pretty damn well. 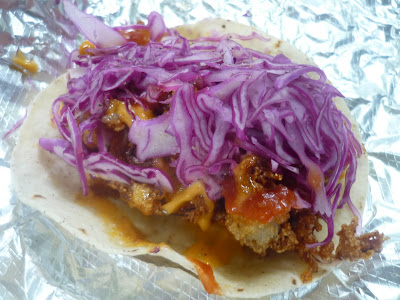 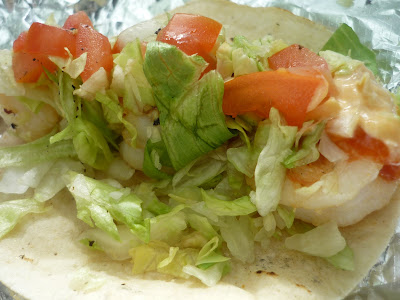 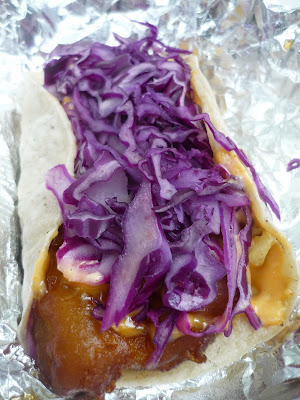 I'm also a big fan of calamari and have been since I was a child. I hate it when I get served the fresh out the freezer from the bag pre-breaded calamari that comes only with the rings. I want the tentacles too and plenty of them. Calamari is a million times better when fresh battered and served with both rings and tentacles. Big & little's has some of the best calamari in the city and at $6 an order (side included) it's the best bang for your buck too. One of my favorites places for it in Chicago. Try it out. 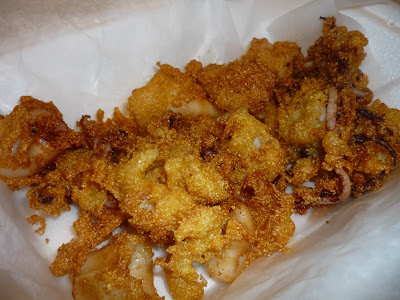 Need another reason I have made B&L's a regular in my Chowing rotation? They have the best fish and chips I have had in Chicagoland and the third best I have ever had (best were from spots in Scotland and Windsor, Canada) However at $8, which gets you two pieces of cod, perfectly fried to a much desired deep brown shade and a bunch of fresh cut fries which they also exceed at over there, this is one of the best meals under $10 to be had in the city. But you have to eat the fish and chips there. Like any other order of it from anywhere else this isn't a dish that travels well. So eat this dining in should you decide to order it and you wont be unhappy you ordered it. In fact you'll almost for sure be back for it again sometime soon. 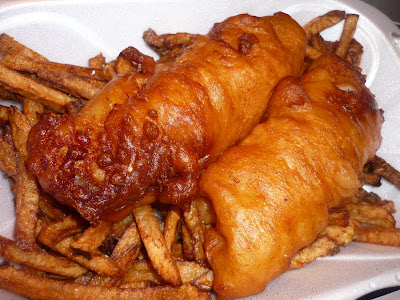 Excellent fish and Chips from Big & Little...big up's to ya's

You might not think about the burger when you see it on the menu, after all this is a seafood place right? Do not sleep on the burger, especially with the fried egg on top. They take a hand formed patty and cook it to your desired doneness, perfect each and every time and then take a toasted bun and top that with the fresh toppings of your choice and a fried egg which takes it to the next level. Its gotta be one of the best bargain burgers in the city. Again its fresh and cooked to order and a steal at that price which has made it one of my favorites in my area. I would also recommend you eat the burger there since the yolk will drizzle down the side and can become cold rather quickly. So there you have it, I get around and have been to 1000's of spots in Chicagoland (more than most anybody) and B&L's is already a favorite of mine in its short time. If you want a little more pics and info on the place check out my guy Grub Seekers recent trip there over at his site HERE. 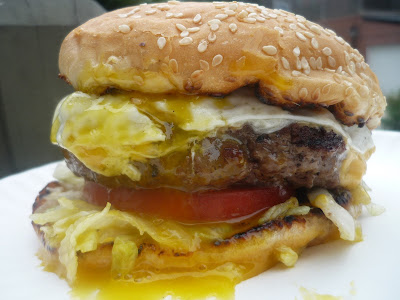 Cheeseburger with fried egg added on

One of my favorite restaurants in the city, I order a hamburger and a side of Merkts cheddar, throw half the cheese on the burger and save the other half for the delicious fresh cut fries.

B & L is on my rotation now. loved the hamburger topped with egg I had there a couple Saturday's ago.