Brown's Chicken and Pasta was recently sold off at auction to a former exec. The fried chicken franchise known by most people in Chicagoland (and many throughout the country, though for different reasons) has had a storied past to say the least. It was sold for just over half a million and the company has 38 locations two of which are owned by them and the rest franchised. I decided to get at this post today since I saw a free coupon for an order of their famous fried mushrooms on the cover of this past Sunday's Chicago Tribune and also since they are starting over yet again. Of course it will always be hard to escape that cold winter day back in 1993 in Palatine, IL when the Brown's Chicken Massacre took place. It was a horrific story and one that captured national media attention from the day it happened in '93, up until the killer was finally found in '02 and then sentenced to life in prison in 2007. Whenever I hear the name Brown's Chicken I cant help but think of the murders and the same goes for Palatine. But I am posting because I like Brown's Chicken and am always tempted to stop for some of it if not most definitely the mushrooms. 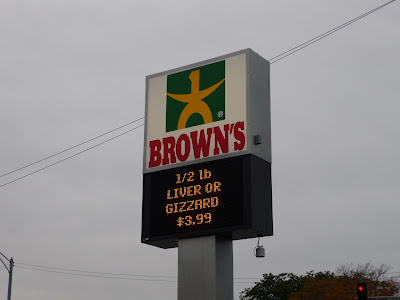 Birthplace: Chicago, IL
Type: Franchised
Founded in: 1964
How Many Today: About 40
Locations in: IL, IN
Menu item that made them: Fried Chicken

Originally founded by John Brown and Frank Portillo in Chicago they had expanded to many locations by the 70's. After nice start up success they added pasta to the menu in the 80's and also added it to the name. The 90's were tough with the massacre and then they tried to rebuild their image after that and added a "Chicago way" part to the menu that included Chicago fast food favorites like Italian beef and hot dogs. Frank Portillo is a brother of Dick Portillo who is the founder of the famous Chicagoland Portillo's restaurants. At some point there was a battle between its owners and it went bankrupt and and were sold earlier this month. The new owner was quoted on his purchase saying “Brown’s is an iconic, Chicago-based brand that we feel can be brought back and be everything it was and more, if done right, We’re focused on doing the right steps to stabilize and maintain the company.” I think he's right and if handled properly this is a nice purchase for what they got it at. Just don't change a damn thing with the fried mushrooms. Got it? Good. 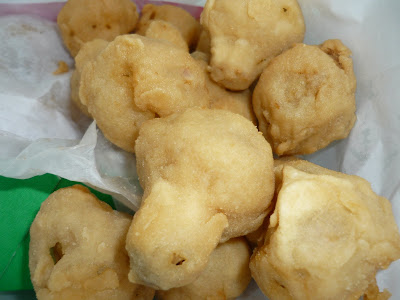 I have always been a fan of Brown's and used to get it as a kid when there was one in my vicinity that I could get too on my bike. But then after the murders they kind of disappeared for a while and then made a comeback when they added the beef, hot dogs and stuff and more of them started popping up again. But just like any franchised place it all depends on how each location is run. It was probably close to a decade in between visits for me but I like Brown's alot when the location is ran right. When the chicken is hot out the fryer it's some of the best in fast food chicken right there with Popeye's for me and way way better than KFC. Their slogan is "It tastes better" and it really does. But it's those magical mushrooms that keep me coming back since my first visit in forever a year or two back. They take fresh never frozen 'shrooms which are batter dipped and fried to a perfect golden brown. I pop them like popcorn, cant get enough. I'll even get some of the mostaccioli with a meatball or two when I'm hungry. Different locations can have slightly varying menus with stuff like livers and gizzards available at some stops. Don't let what that nut job did stop you from getting some fried chicken that just tastes better. Simple as that. 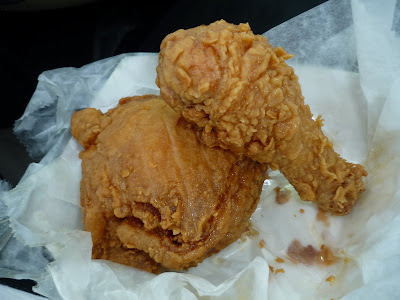 Oh man, I enjoy Brown's too. Especially for the livers and gizzards which are pretty difficult to find these days. Yummy! The biscuits don't suck either.

I couldn't agree more with your comment about a location being run right. Last time I went to my local Browns, the chicken was lukewarm when I got it, and bone dry when I ate it. The mushrooms were horrifyingly dry and overcooked as well. That meal tested my gag reflex more than once. The cole slaw lacked flavor that day too. It was very disappointing because when it's done right, Browns is as good as it gets. In better days, I can't tell you how many times I used to visit the Drive-Thru just to buy 1/2 pound of mushrooms. I love their biscuits, so much better than Popeyes and KFC but not quite as good as Hardee's.