A Couple of NW Indiana Classic's

Nestled in the backyard of Chicago is the land of Northwest Indiana. In fact there are quite a few towns in the landscape that are part of Chicagoland. The city of Hammond is closer to downtown Chicago than Highland Park is. The northern part of the area is noted mainly for its heavy industry. The cities of Gary, Portage, Burns Harbor and East Chicago are all home to major steel mills including the largest facility in North America, U.S Steel and a major petroleum plant run by B.P in the the city of Whiting. Other industrial outputs include fabricated metals, transportation equipment, and food products. There are many factories in an area that at one time was booming. In recent times it has gone the route of casinos with four boats along Lake Michigan with approximately 7,000 slots and 200 table games. Its an area that I'm very familiar with and have driven around exploring countless times. If your asking yourself who in their right mind would want to drive around Gary Indiana to eat and explore every corner and crevice? that would be me. 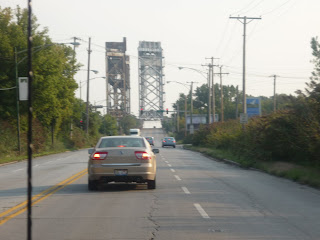 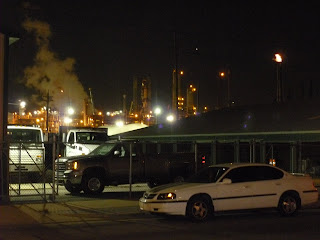 I cant explain why but for some reason I am enamored with the area for better and worse. It's very real and urban and some things haven't been changed since places like Gary were booming in the late 50's. One of the most famous people in the world, Michael Jackson once called this place home. Some (not all) of the current residents are weirder than him if you can believe that. There are fading signs from the 70's advertising stuff like R.C cola and billboards announcing the Jackson five's live show at the once glamorous Palace theater that now sits totally vacated. You can somewhat get a feel of what the town was like from the 50's-70's when it was a real up and coming U.S city. Hows the bar scene? lets just say that the vibes are the exact opposite of bars in a place like Key West, there's more customers at high noon than midnight. Some areas are virtually ghost towns and if they aren't totally vacated then its a heavy gangland. Its been known to attract Chicagoans for gambling, cheap gas and cigarettes and like me saying this or not, dirty drugs and all sorts of other shady shit. Not all areas of NW Indiana are like this and many people are hard working citezens so I'm not trying to paint a portrait of what the whole area is like. There is however no denying I bring it to you real. If what I said isn't true than I wouldn't of said it. Got it? Good. 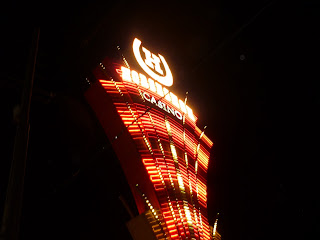 Since there has been no redevelopment of the area even the buildings that aren't abandoned are still very old school decaying properties that haven't changed in years. The same can be said for the restaurants. Many spots in the area have served the workers and their families for decades and have stories to tell just by looking at them, they are in a time warp and haven't changed the signs nor menus, only the prices. Since it is so close to Chicago the food is very similar to Chicago's selections. There are countless Vienna Beef hot dogs stands, old school hamburger joints, little grocery stores serving the Eastern Europe and Mexican populations, fried fish shacks, little taquerias, local family run pizza parlors and locally eaten potato chip factories that have been there for ages and the rest of the good stuff. I am going to show you some of the locals favorites as the days go by here. First up are two of the favorite hot dog and hamburger stands. 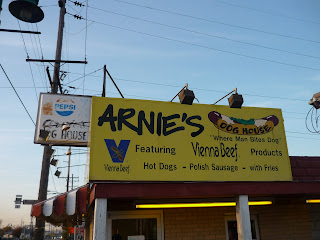 Arnie's Dog House in Whiting, IN

Arnie's dog house is a member of the Vienna Beef hall of fame and has been serving the people of Northwest Indiana since 1961 when they took over a hot dog stand called Wally's. The address has housed a hot dog stand for over seven decades and with all the success, Arnie's now has a few more locations in Northwest Indiana. Its said by the people at Vienna Beef that it was Arnie's original owner Gardner Arnold who initiated the tradition of putting the fries on top of the hot dog. The people at Arnie's offer natural casing hot dogs in both Chicago styles: Chicago Style which is everything including tomato's, pickle and celery salt and "everything" which is like a depression style dog and includes just mustard, onions, relish and hot peppers which is a pepperonchini instead of a Chicago style sport pepper, I guess thats there own little touch. 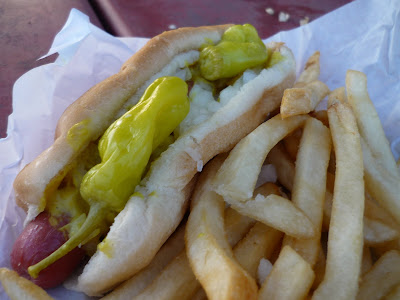 Arnie's dog with everything no relish is a damn good dog

Another local favorite in Northwest Indiana is Madvek's doghouse in Hammond. They have all the usuals like dogs and burgers except those burgers are loose meats. The people over at LTHforum talked to the owner and he explained how that about forty years ago there was a Maid Rite just down the street and it seemed to be smart to offer the same style of burger. They have since outlasted the Maid Rite which is long gone. I haven't tried many loose meats that I didn't make myself but this was the best version I have tried from a restaurant and maybe the closest place to Chicago to get one not made at home. I haven't been able to try a hot dog yet but Madvek's is supposed to serve a great one of them too. 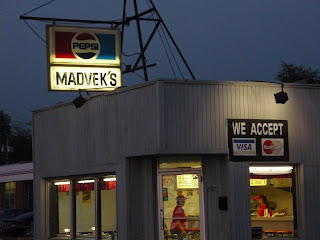 Madvek's Doghouse in Hammond, IN 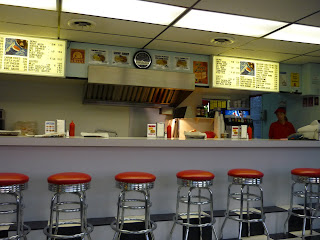 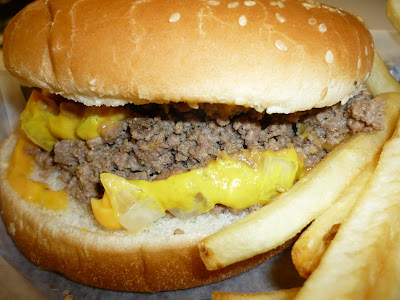 If you liked this interesting report on Northwest Indiana than please come back because it is now a common feature on my site and this was my introduction to it. There are plenty more old school restaurant signs, dilapidated buildings and favorite foods of the area to come. You'll just have to keep checking back to find out where. Lets face it your never going to see Rachel Ray in Tasty Travels of NW Indiana and as much as I love Anthony Bourdain and his "take it all in" approach when food traveling, he doesn't have the balls to roam some of these parts and you wont see Bobby Flay doing a Coney dog throwdown battle in Gary, he would get smoked, literally. Stay tuned.

Interesting. I remember a place in that area that specialized in Frog Legs. You could order them deep fried or sauteed.
They had been in business for years, and some of the waitresses had been there for many years-some were in their 50's and 60's.

Ray, I think you might be thinking about Phil Smidt's which shut down a few years ago

Yes, That's it. I went in there with a very large grour-about 30 folks, and the service was wonderful, the food was great, and the atmosphere-unbeatable.
Our waitress said that visiting teams of major league ballplayers had been coming there since to 20's and 30's.
sadly, time marches on, and places like that have to go. Thanks, Ray