The US and Chicago in particular continues to see an increase in QSR franchises being imported from Asia. Many of these places are actually highly thought of overseas where residents rely on them for their consistency and also in that you know exactly what you're getting. Also if you've ever been to a busy city in Asia you know that the malls there aren't struggling like they are over here and part of the reason for that is the food options that these malls offer. Often times that's where you'll find a large selection of popular franchise type establishments, two of which have recently come to Chicago. 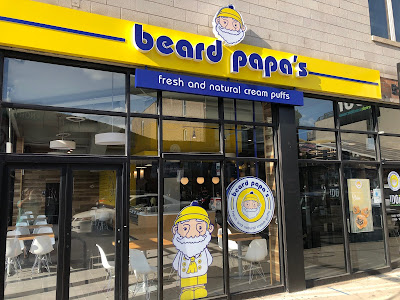 Beard Papa's in Wicker Park
When Beard Papa's opened on North avenue in the same space as a QSR falafel brand it was actually it's return to Chicago and not it's debut. At one time this Japanese import via Osaka was a tenant at the troubled Block37 downtown. They gained some loyal fans there just like they do everywhere where this Japanese Cream Puff specialist opens up shop. They specialize in baked cream puffs with a sweet, crackly topping of your choice (strawberry and matcha pictured). Before being served they're filled with a cream of choice. These cream puffs are popular in Japan but have a French origin. They've become a staple Japanese treat and Beard Papa's is a popular spot for them. They have over 500 locations worldwide including a second Chicago spot on Belmont in Lakeview. 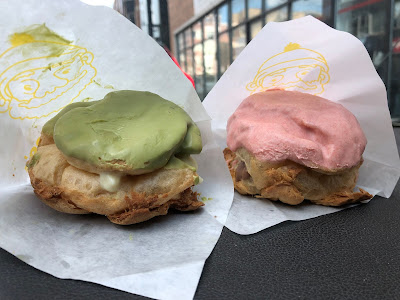 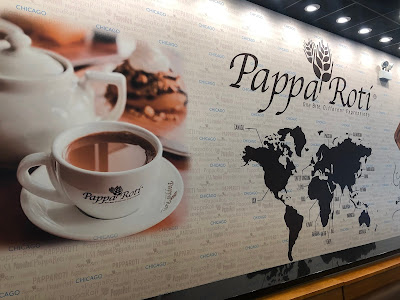 PappaRoti on Lake Street Downtown
PappaRoti and their Malaysian Coffee Buns (Kopi Roti) came to Chicago this past winter. With over 400 locations worldwide their famous coffee caramel buns have legions of fans spanning from Kulua Lampur to Canada. I'm not gonna lie it was easy to see why. I loved the light and fluffy sweet bun paired with a Karak Tea which I guess is big in Qatar. You can get these addictive buns decorated with a bunch of different toppings like cream and fruit but I loved the plain option served warm as it comes fresh out of the oven. I was intrigued with the savory food too which is Middle Eastern. I talked to the franchisee who's from SE Michigan which might help explain that. Plus the company is headquartered in Dubai. Now open downtown under the train tracks on Lake street. 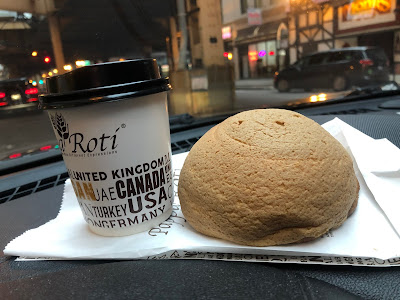