-Grubbing in Chicago
Korean Up North

I don't think Sol's on Sheridan has gotten the love it deserves. Don't get me wrong it has a legion of fans up north and has got time in Redeye from Michael Nagrant which is what put it on my radar. But still I dont think there's been enough buzz about a place I consider one of the years best openings in the mom/pop category. Sol's is owned by a lady who originally set up shop in Madison, WI. As learned in the article it wasn't until she met her husband in Chicago that the idea of Sol's took steam. 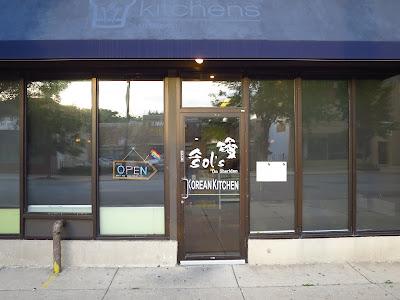 Madison's loss is Chicago's gain. On a recent visit this past summer me and a buddy ended up raving about our meal. We wanted to try as much as we could and there's only one way to start at a Korean spot with wings on the menu. We got an order of each (Honey Soy / Sweet Spicy Garlic) and they were great. They don't photograph well with the foil so you're just going to have to trust me when I say they were wonderful. Of note is the breading which is light, airy, and extra crunchy. Typically Korean wings tend to have heavier breading whereas these were lightly battered. Just about perfect. 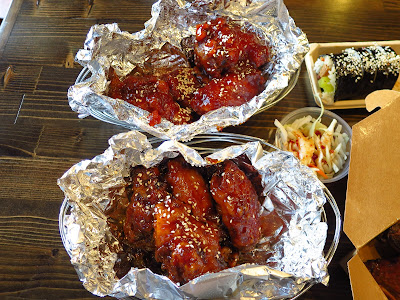 Korean Wings at Sol's on Sheridan

Next up was a new to me treat I need to eat more often. Korean style Gimbap rolls are basically a meat version of sushi. Instead of raw fish they're rolled with grilled meats like beef bulgogi or spicy pork which is what we ordered. This Korean stye sushi made for a great one bite snack. I guess most places that make gimbap do so ahead of time but here they roll to order. The freshness was key. 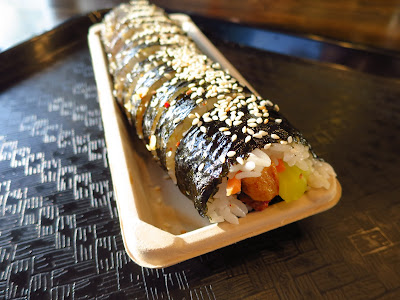 Korean Gimbap at Sol's on Sheridan 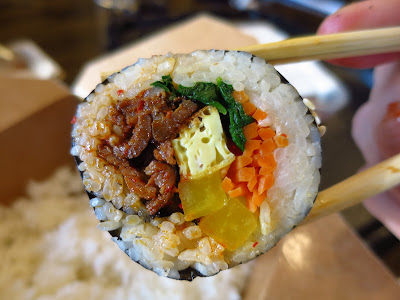 Sol's has Korean BBQ and you dont have to worry about getting dirty if you want to eat some. They do all the cooking for you. We got an order of the LA Galbi and it was on point. I loved the fact I didn't have to do anything except enjoy some really well seasoned beef short ribs. They ripped right off the bone and had perfect resistance as far as taking a bite of meat out of each piece. The $16 pricetag might seem a bit steep but you're getting a few short ribs worth of meat. Another worth returning for. 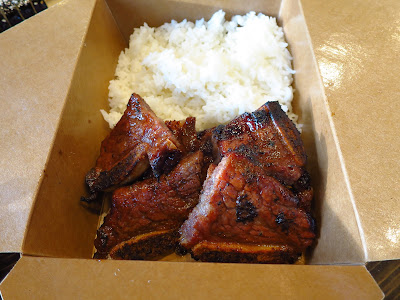 Lastly they have these Korean dessert cups that reminded me alot of the Filipino treat called Halo-Halo. It's called Bingsu and according to Wiki it's Korean style shaved ice. We tried the original version and while I dont remember exactly what was in it I do remember it being as good as everything that came before it. Sol's on Sheridan is the type of spot you should seek out the next time you're looking for a low key meal with big time flavors. It's the type of spot where you cant go wrong with any combination of items ordered. Whatever you get will be homemade and taste great. 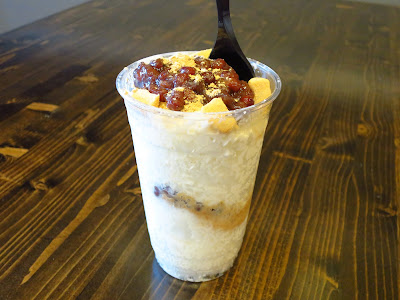 Bingsu at Sol's on Sheridan