Joe's is one of those little corner cafes that is a real part of its neighborhood. Located on Taylor just off Western its in a great old school area, the less visited strip of Taylor st, and has endless regulars and a diverse menu that really represents Chicago today. Joe's has all the Italian sandwiches one would expect including Italian beef, sausage, meatball, tuna, Italian cold cuts, chicken parm, eggplant parm, pepper and egg and other breakfast sandwiches like chorizo and egg, bacon, egg and cheese etc... and I'm probably forgetting a few, not to mention the daily specials like spaghetti and meatballs. Gone are the spots with character and characters like Joe. While Joe's has survived the change other places have not. The walls are aligned with pictures of the friendly Joe on vacation trips and at the ball games alongside photos of Al Capone and Walter Payton. I said this place was real Chicago. If your dining in you'll eat at a table layered with red and white squared vinyl cloths. Its old school but attracts people from all walks of life. 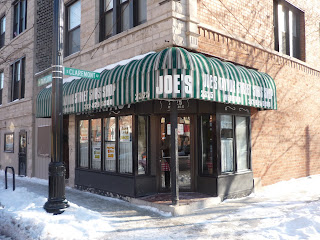 The corner of Taylor and Claremont

I imagine at some point when the neighborhood switched demographics they added a Mexican portion to their menu. You may not be expecting it but this little cafe puts out some really tasty flauta's, sope's, taco's and the rice and beans are stellar too. They make everything fresh on site including the salsa which is also nice. The whole menu is home cooked meals like your grandma would of made, whether she's Italian or Mexican. The kitchen has anywhere from 3 to 5 ladies in back doing their thing on any given day. I would really recommend the chicken noodle soup with fried fideo on a cold winter day. The spaghetti and meatballs is the same recipe they used when they first opened and a real treat when featured on the specials board. My go to meal at Joe's is the Mexican lunch plate combo which gets you 2 beef tacos & 2 chicken flautas with rice and beans. I'm a tacos de carne asada guy but the fresh fried hard shell beef tacos at Joe's are the best hard shell tacos your going to find in the city. Everything is made fresh including the chicken flautas which are great with sour cream and salsa on top. One of the best lunch stops in the city. 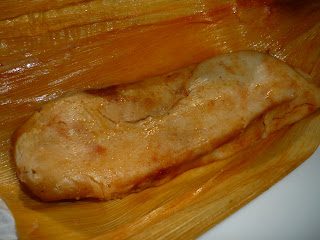 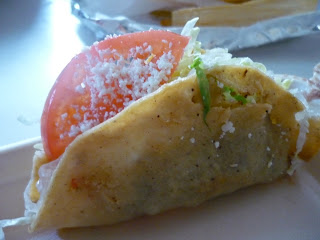 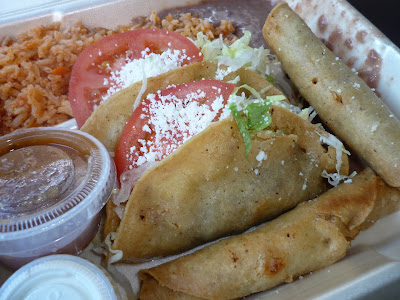 Joe's is one of those little neighborhood corner spots that are becoming extinct and replaced with Starbucks in Chicago. They also do early morning breakfast like omelets and carry Filberts bottled pop, this place is real Chicago and I'm happy its not going anywhere. Check it out.