Greek food continues to boom here in Chicago with the recent opening KALA Modern Greek on Clark in Lincoln Park. It seems like lots of restaurant openings are playing it safe these days and that’s understandable but some stuff plays safe better than others and Greek food would be one of those. 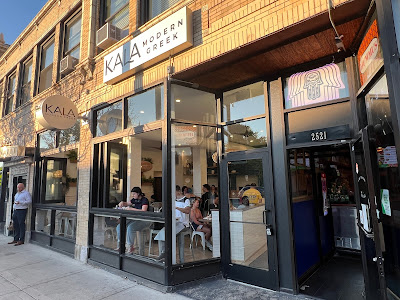 Recently Opened in Lincoln Park
Despite the fact that Greektown is one of the city's more well known neighborhoods there's not much Greek left to it. So it's always been assumed that Chicago has lots of Greek food on offer. Yes and no. We've long had Greek restaurants but many have closed and not many opened for a long period until about four or five years ago when Greek food started becoming popular again. It's become especially trendy for freshly cooked quick service type spots where you can get in and out for under $20 (remember when it was $10?). KALA Modern Greek is one of the better ones I've been too. The menu is full of intriguing options including the zucchini fritters which came out piping hot plus crisp and creamy from the breaded shreds of zucchini. You can get these on a salad or in a sandwich too. 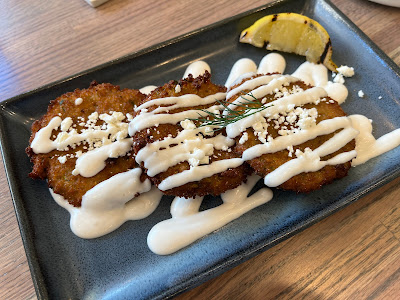 No gyros on the menu here which is fine because instead they choose to do souvlaki. I've been waiting for a place around town where one can score pork skewer sandwiches and such. I decided to try the plate since it came with my choice of any two skewers so I rolled with the souvlaki (pork) and also a chicken. The meat comes from Slagel Farms and has plenty of char so I found myself thoroughly enjoying my set which also came with pita, charred veggies, and an extra refreshing garlic and cucumber Greek yogurt sauce. I added on a side of rice and that was nice and fluffy. All of this plus a mushroom sandwich to go (she enjoyed it) was just under $40. I really like what they did with this small space that has lots of natural light from the open windows setup. I'll be back for more. 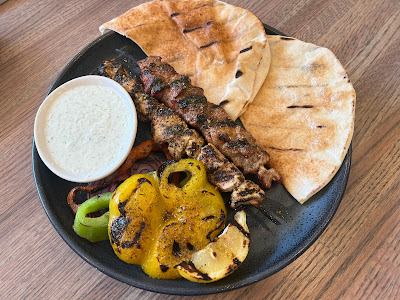 
We offer loans at low Interest rate. Business loans and Personal loans are available. If you are In Debt we still offer you a loan since we are the last bus stop in financial Help contact us WhatsApp No:+918929509036 financialserviceoffer876@gmail.com Dr. James Eric