Eating like a local:
Regional food specialties- The Drive-Ins of Indiana

Happy National Hot Dog Day! Today's post is a collection of Indiana drive-ins I've visited in the last few years. A couple of which are known for the hyper regional Spanish dog. You can check this previous report for a history on this Northern Indiana favorite that was made popular in the area by BK Root Beer. The now defunct drive-in chain was founded in Wabash in 1941 and at one time had more than 200 locations in Indiana and Ohio. The chain is long gone but plenty of independently owned BK’s still exist in Indiana. But why the name “Spanish Dog?” Well I’ve done some digging since that last post and some say the name was coined by one of the BK founders but then you can find recipes for Spanish Hamburgers predating BK as does a 1935 article traced back to The Morning Spotlight in Hastings Nebraska that mentions Spanish hot dogs being served following a Red Cross meeting. A year later an advertisement in the Kokomo Tribune announces their arrival in Indiana. So while it’s tough to say exactly how hot dogs topped with a Sloppy Joe like sauce became known as Spanish Dogs it’s easy to trace their popularity to parts of Indiana and Ohio too. Let’s check them out. 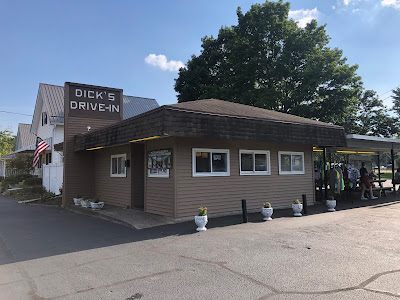 Dick's Drive-In (Rochester)
Even though I'd been to Rochester many times growing up, as my aunt and uncle have a lakehouse there, I didn't make my first visit to Dick's Drive-In until adulthood. They're known for the previously discussed Spanish Dog. Dick’s was originally a BK Root Beer stand when it opened in 1957. They make the best Spanish Dog I’ve come across which is all about the tomato forward sauce that’s basically the same stuff used to make a Sloppy Joe (you can find recipes for Spanish dogs online). Just don't call these chili dogs or coneys bc they’re not the same according to those that love them. The tacos are actually the most popular item on the menu. They were introduced in 1958 when the owner switched it’s name to Dicks and put his wife’s tacos on the menu. They’re made with the same sauce used on the hot dogs which in my opinion works better with lettuce, cheese and the house hot sauce on a tortilla than it does on a hot dog. It’s possible this is the oldest spot serving tacos in Indiana. So while not “authentic” by most measures they’re most certainly iconic. Not just bc of the age of the place but also bc tacos like these are now are found at other drive-ins in the area. 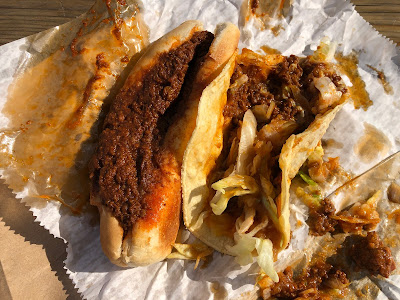 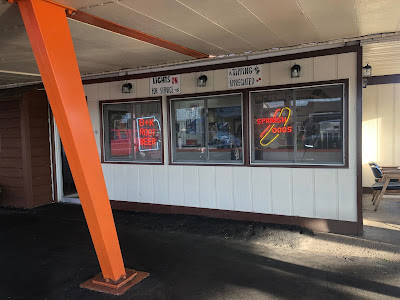 Jamie's B&K Drive-In (Knox)
Here's an old B&K that kept the name, now called Jamie's B&K Drive-In, located in Starke County. Spanish dogs and root beer are the big draws here and they do a pretty zippy sauce that I found to be better than most others. That's the thing with these now independent BK's across Indiana, each spot has their own Spanish sauce recipe and so just like with chili sauce it differs from place to place. 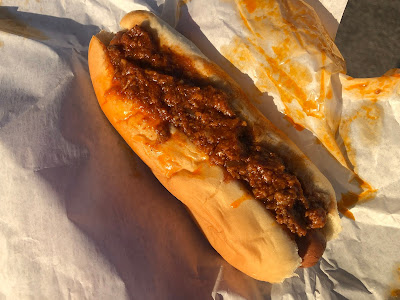 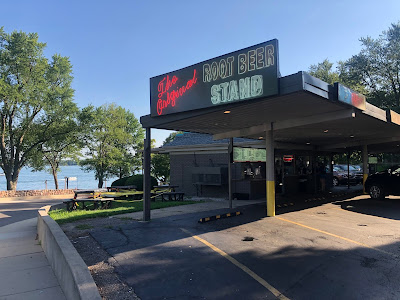 The Original Root Beer Stand (Culver)
The town of Culver is located in Marshall County about two hours from Chicago. It sits on Lake Maxinkuckee and is home to Culver Academy which is a private boarding school that's been around for a long time. The Original Root Beer Stand is their other popular venue and it's got all the looks of a classic drive-in as it sits on the lake in a postcard setting. But the good things about this place kind of end there. I had a chili dog and a double cheeseburger and neither was worth finishing. 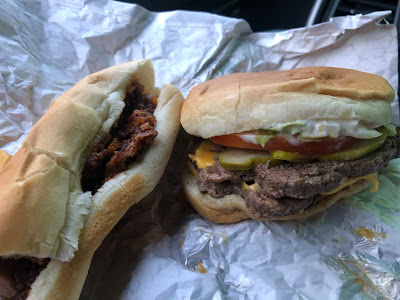 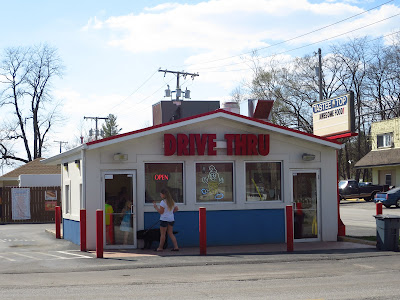 Tastee Top Grill (Cedar Lake)
You can find this locally loved year round stand on the outskirts of Northwest Indiana. My visit was more than five years ago but recent reviews show it's still going strong. Judging by the name it's possible this was once a Tastee Freeze but there's not much info online about the Tastee Top. They offer most all of the usual stuff you'll find at a place like this including hot dogs and burgers. The Big Tastee is their signature offering and it's a double decker served up with mustard, onion, pickles. 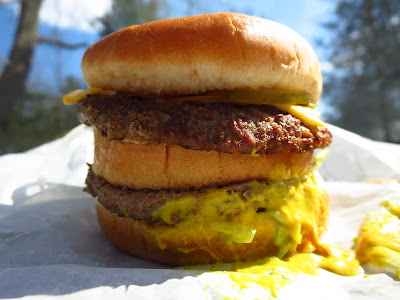 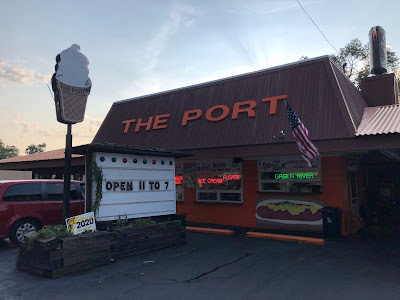 The Port Drive-In (Chesterton)
The Port is a place I've visited a few times over the years. Another aunt and uncle of mine have a place in Dune Acres and Chesterton is the closest town to their spot so I've pulled into The Port a few times over the years while visiting them. It was an old B&K Root Beer like so many other Indiana drive-ins. While the name has changed the location has been serving hot dogs and root beer since 1953. The chili cheese dogs aren't bad but what I really like from here every few years is one of their namesake 'Port Dogs' which is a Chicago style hot dog plus lettuce, peppers, and cucumbers. It's a style that was once more prevalent in Chicago than it is these days but places like Byron's still put a similar set of toppings on their hot dogs. To me they bring back memories of my childhood. Even though I never went to The Port until later in life I ate hot dogs like this as a kid so I still enjoy one now and then. Bonus points for serving up their homemade root beer in a frosted glass mug. 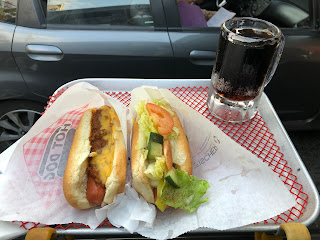 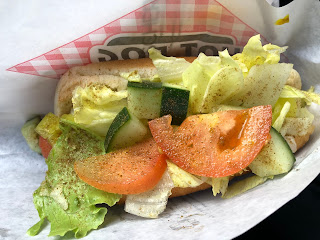 See ya next time @chibbqking
Posted by KingT at 12:16 PM