-Grubbing in Chicago
The Big Baby (A Southwest Side Favorite)

Today we take it back to the LTHforum days. Back to when Italian beef was relatively unknown outside of Chicago. Although Jay Leno always did his best to give it national recognition this was before the days of social media and the internet and online streaming sites like Hulu that allow users to watch a show like 'The Bear' whenever they want. I still haven't watched the show that's put Italian beef in the culinary spotlight but I've had a more than a few beefs since everyone started talking about them. With the shows release Italian beef is as well known as ever and along with hot dogs and pizza it makes up for what most people think of when Chicago food is discussed. But Chicago has as many culinary creations as anywhere and today we get reacquainted with one in the form of a Big Baby. 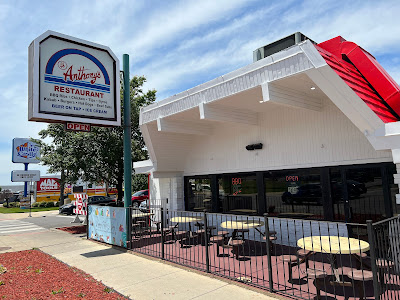 According to Peter Engler (ReneG at LTHforum) the Big Baby was born back in the 1960s. First off lets discuss what it is: a double cheeseburger first introduced at Nicky's, a small Greek-owned diner near the city’s southwest side. It’s said that a Greek guy named Nicky opened that spot as well as a number of other hot dog and hamburger stands in the area. Eventually they were all sold but the stands that still bear his name (and the many offshoots) continue the Big Baby tradition. It’s a tradition that consists of two griddled beef patties with cheese in between plus ketchup, mustard and pickles on the bottom with grilled onions on top. All that on a sesame seed bun. You can find a good one at AV Anthony's near Midway but they’re very similar everywhere. They might not be much more than a standard double cheeseburger with grilled onions but they wouldn't taste the same made outside of Chicago. Part of that is the fact places like AV Anthony's are 100% Chicago and it wouldn't be a Big Baby if you're not eating it at one of the 100's of other spots just like it across the city. 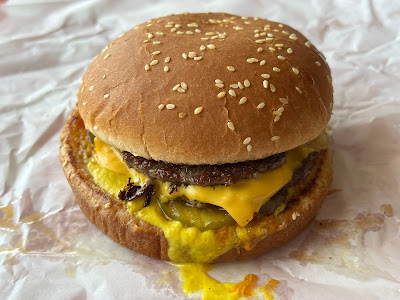