-Grubbing in Chicago
Argentine-Italian in Avondale

While I haven't been to every single restaurant in Chicago there's not many restaurants that I at least don't know of. This may sound like an exaggeration to some but after more than 15 years of exploring the city and it's suburbs through food I've driven past or browsed online just about every spot in town. When a new place opens up I recognize it as new right away no matter which neighborhood I'm driving through. Ok so this isn't 100% true in that I'm sure there's a few restaurants around town that not even I have researched but I'm confident I'm as familiar with the city's dining scene as anyone. So I was quite surprised when I stumbled upon La Nonna while looking up something else online. 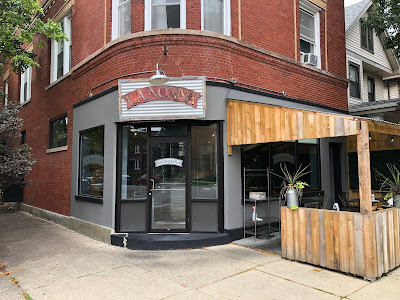 When I first came across La Nonna (likely on google or yelp) I figured it was new, I hadn't heard of or seen it after all. But then I saw they had 100's of reviews and I couldn't believe I had zero recollection of this popular Argentinean-Italian restaurant in my noggin. A couple weeks later my mom, niece and myself needed a spot to get lunch and La Nonna was the perfect spot. According to an old DNAinfo article I found online La Nonna opened in 2017. The business partners behind it are both Argentinean and many of the recipes used come from one of their grandmothers. We had plans to visit Buenos Aires in March of 2020 but you know how that went. Chicago has a handful of Argentinean food options but for the most part they're steak type spots. La Nonna offers up a classic Argentine milenesa which is sometimes referred to as the country's unofficial dish. It's a humble meal of sliced and breaded beef that has roots in Italy. A popular way to enjoy milenesa is "a la napolitana" where it comes served topped with marinara, ham, and mozzarella cheese. It's a massive plate of food. 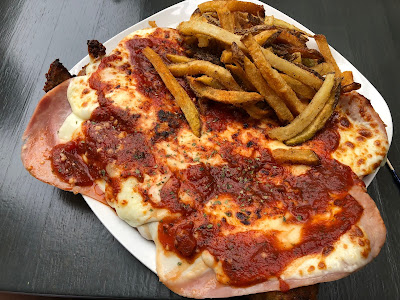 While I enjoyed the milenesa I was really impressed with the choripan sandwich. You can find these all over Buenos Aires and debates over which spot serves up the best are often had. Even though the ingredients used are basically the same everywhere (chorizo sausage, bread, chimichurri) every porteño has a favorite place to eat them. La Nonna serves a split grilled sausage which is called a mariposa (butterfly) inside a well paired toasted roll with a slather of housemade chimichurri and lettuce, tomato, onion. It comes with fresh cut fries on the side. The end result is the best choripan sandwich I've had. Granted I haven't had a ton but it was an excellent sandwich overall. Perhaps the main reason La Nonna had evaded me for so long is the fact it sits in a very residential part of town. 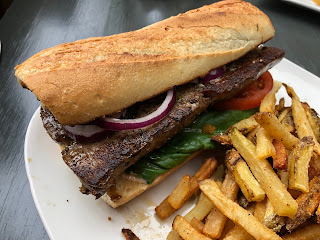 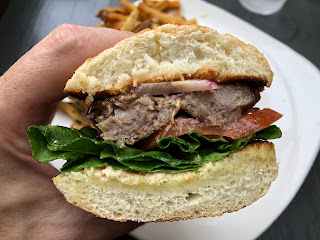