I'm not a coffee drinker so it's rare for me to visit the city's many independent coffee shops. Except for when they serve some sort of food. I'd seen pictures on social media of some new sandwiches being made at Standing Passengers over on Chicago avenue a block or two west of the expressway. They describe themselves as "a place for creativity and community to gather and develop relationships with the city, and give platform for exhibition of outstanding and emerging artists." A neighborhood place. 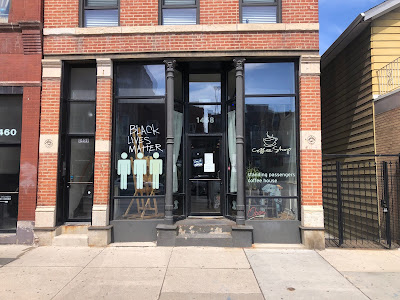 Locals Favorite in Noble Square
I don't need to drink coffee to know that Standing Passengers felt like a 180 degree flip of a spot like Starbucks. This place has character. I wanted to sit down and hang out. Alas I had nobody to hang out with as I stopped in on a whim while driving by hungry. I stopped bc I'd remembered some beautiful looking sandwiches I'd saw they were serving and then I saw they were using bread from D'Amato's which was a clue that they knew what they were doing. I got the hoagie which is east coast slang for Submarine sandwich. There's no set of specific ingredients that makes a hoagie though there seems to be some agreement online that the bread is never split, always just cut open on one side and then the meats and toppings are layered one by one. In Philly a Cheesesteak Hoagie is a cheesesteak dressed like a hoagie sandwich (lettuce, tomato, thinly sliced onion, mayo, oils). So I'm not sure if there's an east coast connection to these sandwiches or what but they build theirs with ham, salami, capocollo, provolone, tomato, onion, oil, vinegar, and mayo. It's a perfectly constructed sandwich done "inside out" as I call the style in which you layer the toppings first and then the sliced deli meats. Really the only thing missing was some east coast style hot peppers or local giardineria. 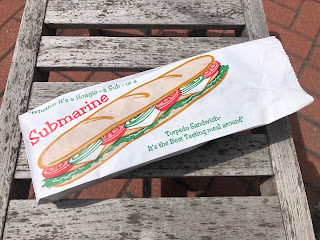 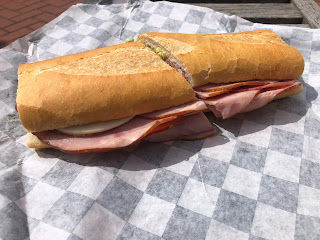 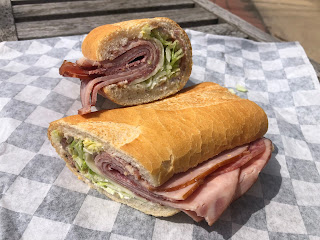