-Grubbing in Chicago(land)
Shawarma in Skokie

I'm noticing an uptick in Middle Eastern fast casual spots opening up. They've always opened at a steady pace but the newer ones have the feel of QSR's like Blaze Pizza and such. Actually "Mediterranean" spots were doing the Chipotle like food setup back when Chipotle was more closely associated with a type of smoked pepper and not a fast casual food brand. Enter Jarasa Kabob. 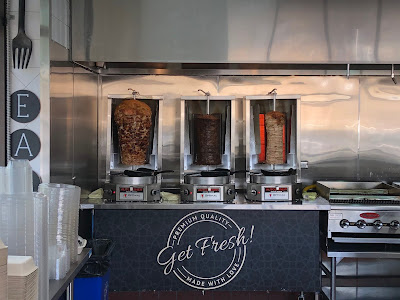 Newly Opened in Skokie
Many of these new school Middle Eastern restaurants are opening up in the North suburbs and Skokie has a handful of them these days. Jarasa Kabob had something going for it which I really like to see at these type of places. Three fresh spits of meat up and running. I also liked that they offer what's usually described on menus as "Arabic Shawarma." The definition of which has to do with cutting of the wrap into individual pieces as opposed to leaving it whole (usually cut when ordered with fries). The combo of chicken shawarma, garlic sauce, and pickles in a toasted wrap is pretty common at many shawarma stands in the States. Particularly in Metro Detroit and Dearborn in particular where they’re as popular as Coney Dogs. Plus points due to the fact they cut the meat after I ordered. One of the better put together “Dearborn Style” chicken shawarma wraps that I’ve tried. 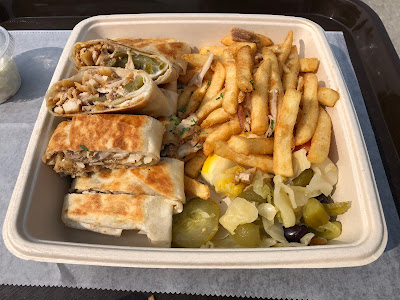