It's time for another 'Specialty of the House' special. Last time we did this we took a look at ten new Northside taquerias. Today we will head south to check out five from the Southside. The area may not have as many restaurant openings as the Northside but any time a Mexican restaurant opens in one of the city's heavily populated Mexican neighborhoods it's worth checking out. Let's hit the road. 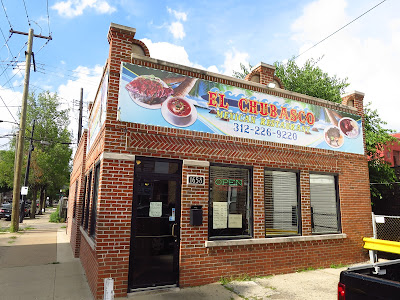 First stop up is on Cermak in Pilsen. This building has housed a Mexican restaurant for a while but it's been at least three different spots. Except I think the change has been only in name each time. Originally this was a La Quebrada which has a few locations across the city. it's now known as El Chubasco but many of the items Quebrada was known for are on menu. First and foremost is the Molcajete salsa. Named after the kitchen tool this roasted tomato salsa is made with, it's always served warm and pretty much works great on anything. Also similar are the housemade tortillas which are fantastic. I highly recommend them via the Cecina tacos. The dried steak is browned up real nice and goes over a smear of refried beans with a dollop of guacamole and some Pico de Gallo. Don't forget to add some of the salsa de molcajete bc it all makes for one of the best tacos in Pilsen. 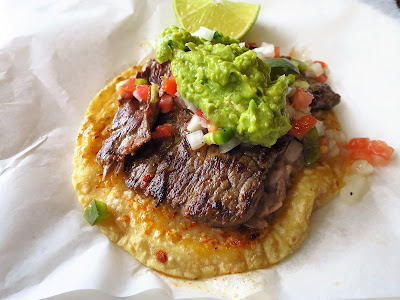 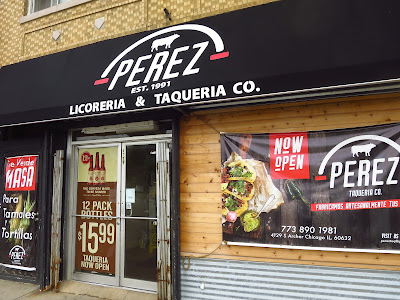 Cruising down Archer this summer I noticed a new taco spot. Turns out the taqueria is new but the liquor store it's in is not. The Perez family have  supplying liquor to the folks of Brighton Park for a while and now they do the same with tacos. I tried a steak off the generic listing of options. It was better than many but in this city that can still mean it was middle of the road compared to others. 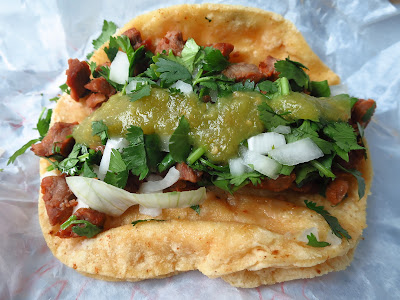 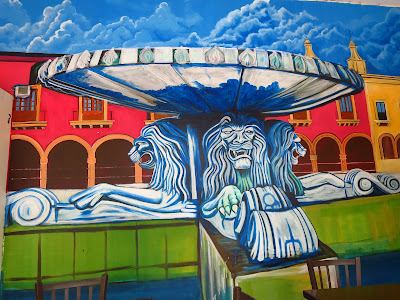 At the beginning of the summer the folks of Bronzeville got a full fledged taqueria. A first for the historic African-American neighborhood. It's run by a brother and sister team that live in the neighborhood. It sits in a strip mall in a space that some might remember was occupied by Cafe Trinidad (RIP). It was refreshing to see a menu with a few taco options you don't always find. I tried the Steak Milanesa, Shrimp Tempura, and a Jerk Chicken. The last of which shows they did their homework as far as what their neighbors like to eat. All three were tasty and each one was good enough to bet again so I didn't really have a favorite. No surprise to see them fitting right in. 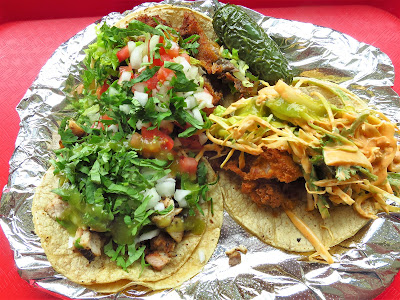 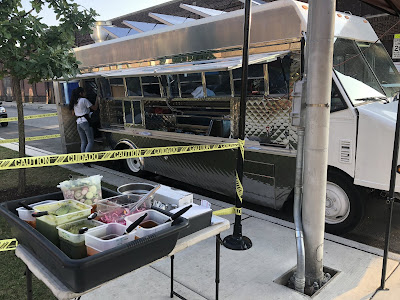 There's a fair amount of taco trucks in Chicago if you know where to look. Mostly the Southside to be exact. One of my favorites can be found at 47th and Richmond. It’s all about the salsa bar with taco trucks and this truck has a really good one. But it doesn't stop there. Both the steak and suadero are loaded into well oiled tortillas that manage to hold everything together. About as close to Mexico as you can get here here in States. According to the girl working the register they're there most nights after 5. I'm not sure about in the dead of winter but you got time to wander over before then. 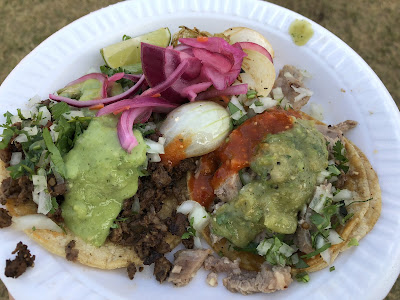 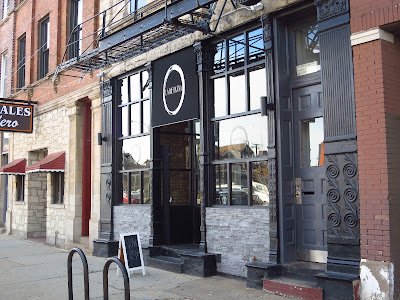 Back to where we started in Pilsen to finish off. La Mejikana just opened on Ashland South of 18th street. It's a hip little neighborhood spot where they're serving food and drink all day. My guy Nick Kindelsperger from the Tribune has already been there for a story. You can read that HERE. The menu at La Mejikana is modern Mexican and tacos have a starring role. According to the article and the pics I saw online they're supposed to be making blue corn tortillas in-house but I didn't get them when I stopped in. I tried two tacos the first of which was carne asada with chicharrón, black beans, and cotija cheese. The tortilla was still homemade but it wasn't made with blue corn. No big deal. I liked the taco alot actually. The fish was a bit of a letdown bc I forgot some spots like to use flour which is fine but if you're making great tortillas in-house why not use them for all the tacos? Still a good representation of a fish taco I just didn't like the standard flour tortilla. The menu has a few other sections including Cemitas, Seafood with a Nayarit Style Spicy Prawns dish calling my name, and more. Not to mention some good looking cocktails. This looks like another winner for Pilsen. 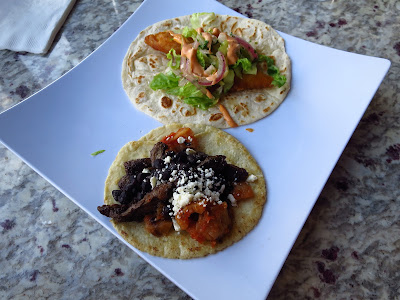