Why haven't papusas taken off like tacos or jianbing? I always thought they were prime for becoming trendy. But I've yet to see them on any menus other than humble little restaurants serving the foods from El Salvador. This isn't a bad thing I'm just curious as to why the most beloved of Salvadoran snacks is really just a Salvadoran thing. In Chicago one we must have at least 10+ spots where you can find a papusa which for those that didn't know are little pockets of cornmeal stuffed with savory fillings and then fried on a flattop until golden. Yet none of these delicious places in Chicago are revered in the same way some of the city's other international spots are loved. Maybe it's bc they tend to be out west which is the case for today's stop. Papuseria Metapan is at 6107 West Addison. 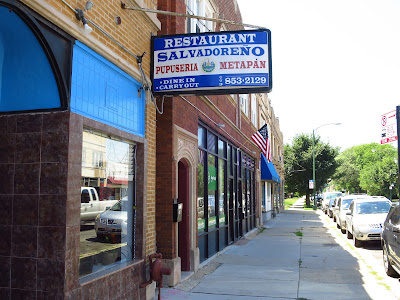 I first stopped into Metapan this past summer. I saw it on Yelp and the reviews were positive while the pics looked legit. The menu had many of the classics (i.e papusas) but there was also some weekend specials such as Pan con Pavo. The Salvadorans really like turkey sandwiches and the fine folks at Metapan make a really tasty turkey sandwich. For those looking for some thanksgiving leftover inspiration check out this Pan con Pavo recipe from Saveur. I got a chance to talk to the friendly owner who came to Chicago from Metapan which is a small town near the Guatemala border. People like Claudia are a perfect example of why you shouldn't fear any migrant caravans. She and her mom spent near 20 years babysitting before deciding to open a restaurant. Now they supply their neighbors with delicious papusas and fantastic little Salvadoran taquitos. The latter of which are basically mini two bite chicken flautas that come with a warm tomato salsa and sprinkled with Parmesan. Whatever it is you order make sure to enjoy it with the spicy cabbage called Curtido. 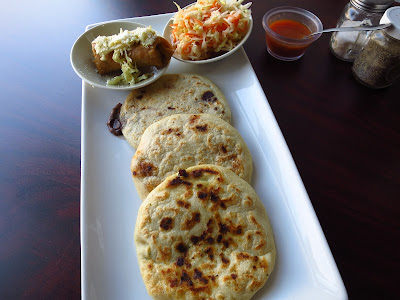