Eating like a local:
Regional food specialties
-Lunch in the Country's Oldest City

I grabbed today's post from the bottom of the files. We drove down to Florida over a year ago (closer to two) and stopped for lunch in the historic town of St. Augustine. Located on the Atlantic side (NE Coast) of the state it's said to be the oldest city/town in the United States. Founded in 1565 by Spanish explorers it's the oldest continuously operated town in the country. There's plenty of Spanish colonial sights that take you back into another time. These days it's a sleepy town driven by tourism. 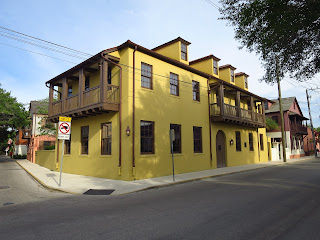 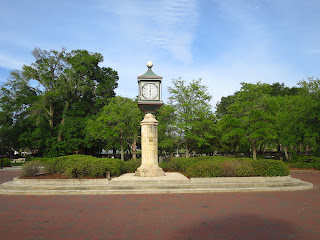 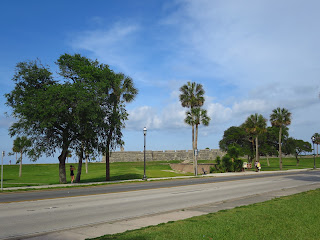 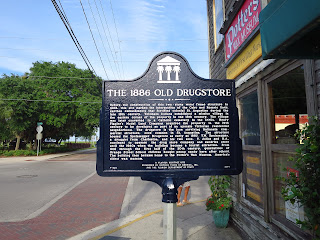 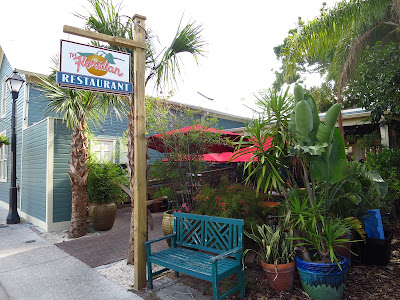 We decided to do drinks and lunch at a spot called The Floridian. If I remember correctly it was a hot and humid Sunday. But we opted to sit outside in the vibrant garden as it was our first day in the Sunshine State. The Floridian is a modern Southern restaurant with a Floribbean focused menu. One of St. Augustine's signature dishes is pickled shrimp. As you may or may not know this part of Florida is said to have some of the best shrimp in the world. Pickling it allows for a longer shelf life. 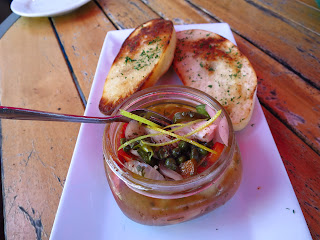 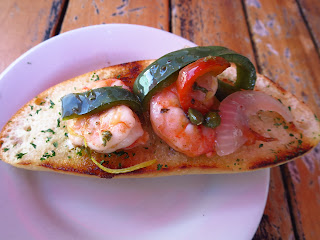 The shrimp is pickled using the local datil pepper in the brine. I loved these. Firm and full of shrimp flavor. They went great with the toasted bread served on the side. The perfect bite for a hot soon to be summer day. We also split a fish sandwich, one of my favorite things to eat in Florida. There's some damn good fish sandwiches in the state and I'd include this one among them. This was the days fresh catch which escapes me but it's all good down here. The sandwich was made with datil-chipotle mayo, roasted bell pepper, tomato, and fresh spinach on multigrain bread with cheese. Yes many of the spots put cheese on their fish sandwiches down here and every one of them are delicious. 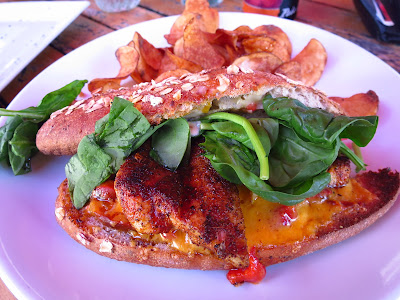 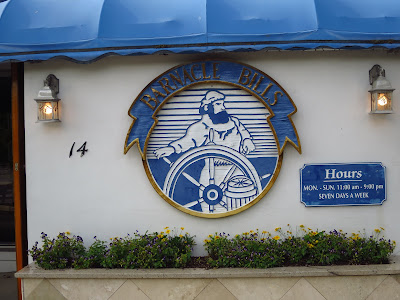 Because our arrival was on a Sunday I wouldn't get to try a famous fried shrimp that people from all over rave about. Nonetheless they aren't the only place serving fried shrimp in St. Augustine. Barnacle Bill's is open seven days a a week and is another spot known for their fried seafood. In particular that aforementioned shrimp. St. Augustine has it's own style of fried shrimp. Most of note is the fact they butterfly them and then coat them in what I can best describe as as a tempura like mixture. I got to say even though these weren't from the famed O'Steens they were still really good. I got the sampler plate which came with the original style and also the 'Datl' do it' style which uses the local datil pepper in it's breading. Both were good but I slightly prefer the original, side of grits was awful though. Still that shrimp was some of the best of it's kind I've ever tried. I'd return for more. 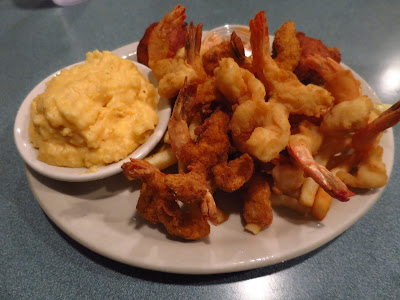 Thanks for the FL eating review, though I have to disagree with commenter Daisy - a trader need not develop a strategy.

Enthusiastic beginning is very common in every sector when anyone enters into a new world. But it is very hard to keep such enthusiasm for a long time after huddles come out from invited sources. Read this blog and know more about this topic. Japanese restaurant in Las Vegas