I know you have all been patiently waiting for my thoughts on Bonci. So I thought I better feed you them now. Bonci is one of Rome's most famous pizzerias and they recently opened their first location outside of Rome right here in Chicago. Located on Sangamon off Randolph. Parking isn't that bad. 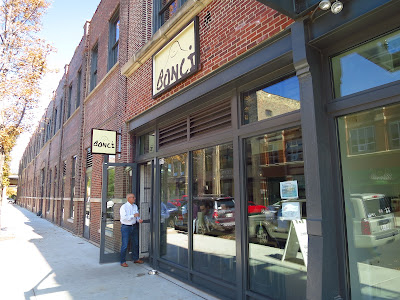 So for those who have never eaten pizza in Rome they have a style all their own. It's similar to bakery pizza in that they come cut in different shapes and sizes depending on how much you want. It's sold by the weight. Bonci is well known for their eye popping toppings and also the wonderful dough that holds them. It's uniquely Roman and one of those things that people who spend time in Rome yearn for upon returning home. While there was tons of hype with it's opening I'm happy to say it's real. 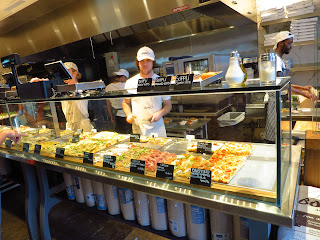 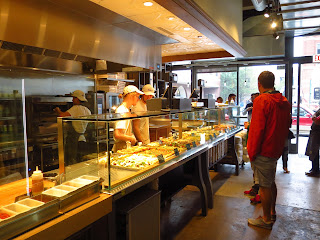 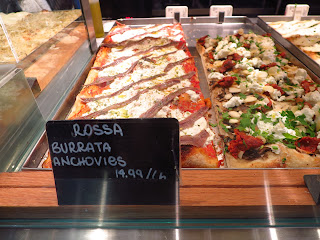 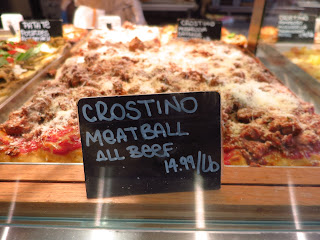 I visited Bonci on back to back to back days. So that's how I came to know I liked it. There's so many places I want to try it's rare for me to go back somewhere so fast but bc they have so many different topping options the choices are endless as far as a single visit goes. Bonci cuts their pieces in rectangular shapes like those seen below. To my knowledge that's as small of a piece as you can get. After it's cut (with scissors) and weighed it's put in the oven for 5 minutes before coming out and getting sliced into squares. Each slice equals four squares and will cost you about $4. I would say you need at least two to make a lunch. Up to now I would say I've tried about 7-8 different types. 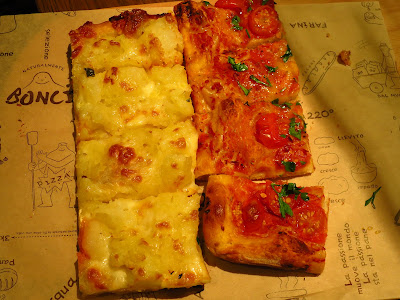 Over on Instagram and in actual reviews I read there was lots of praise for the potato pie. I thought it was good but the potatoes were pretty plain. Though as others have pointed out this is all about the dough which is extremely airy and also very crunchy. It's addictive as my back to back visits show. 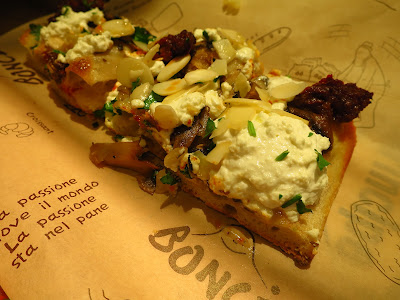 My only complaint about this place is the fact that most of the toppings taste the same. I understand it's all about what's below them but I didn't notice much difference in taste from a spicy eggplant option and others with just vegetable toppings. The exception is any piece with nduja on it. The pepperoni spread has become uber popular over the last five years and never have I seen it paired better than with the dough of Bonci. One specific piece I highly recommend is the one seen above. All in all this place is a great addition to the city's dining scene. Add it to array of area lunch options. 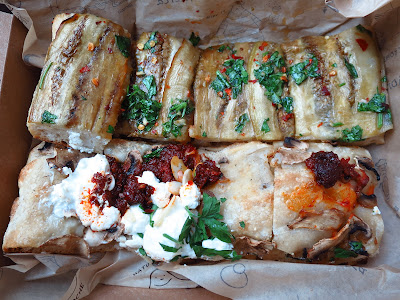