Summer is finally here! Personally I like eating Mexican food year-round but it can be soothing in the summertime too. There's just something about sitting outside on a nice day with a margarita by your side enjoying some of the finest cuisine this world offers. So I thought we'd put together a list of some places where you can do this here in Chicago. Get out and enjoy the weather while its here.
______________________________________ 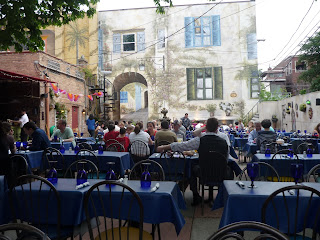 There's been a Mexican restaurant at the corner of Wrightwood and Halsted for what seems like as long as I've been alive. I cant say if it's always been Las Fuentes but they've been there for a while now. I stopped thru last summer becasue I wanted to do exactly what I described up above while eating some food. 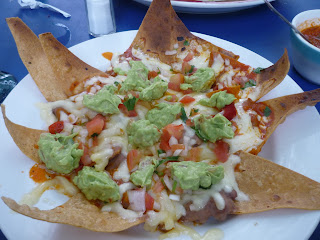 People come here for the patio. It's a nice place for families and friends in the neighborhood to be able to walk over to and spend some quality time together. Sure it might not be the best Mexican restaurant you've ever been to but the patio kicks ass and the drinks are strong. The food isnt bad, just not life changing. 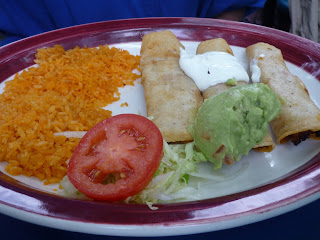 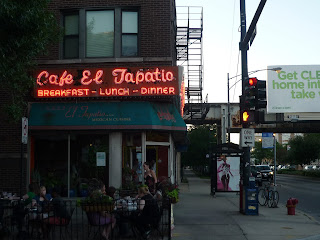 First up, awesome neon. I really respect places that continue to light up their 1970's and before that neon signs. Same situation as our first stop here. I might not seek out Tapatio in the winter time but when the weather is warm and their patio is open it's a great place to enjoy some outdoor eats. One thing I've noticed at these family style sit-down Mexican restaurants is they always have bomb house salsa for starters. No exceptions here. Enchiladas are usually my go-to order at spots like this and El Tapatio's are tasty. 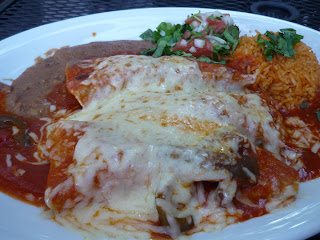 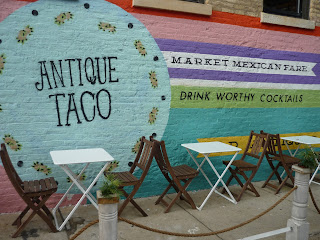 On our fish taco tour we stopped thru quite a few of these new wave of taquerias that are taking Chicago and elsewhere by storm. They use ingredients and make drinks served a step above what you'd find at mnay other taco shops in town. Antique Taco opened with some hype in Bucktown last year that I thought it pretty much lived up to. This is a nice place. 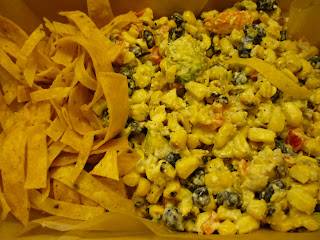 Their signature salad pictured above might of been the best salad I ate all year when I tried it. It's really good especially in the heart if summer when corn is king. I'm also a fan of both the grilled ribeye taco and the fish tempura ones. I wasn't sure I was going to like this place when they opened but they surprised me with nice hunks of ribeye inside rather than chopped pieces. Fresh toppings and tortillas rounded it all out. 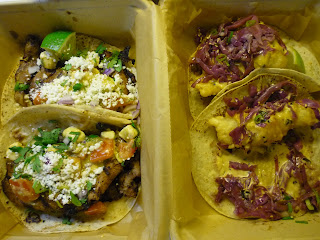 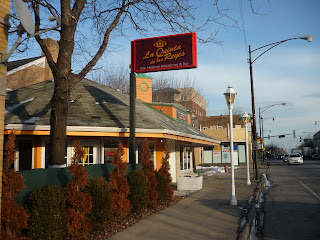 I stopped into this location of a place that was once and still might be in Berwyn. I was searching around the web trying to find some real deal shrimp taco dorados when results led me to this place. One day I was driving by and decided to try their version. I was a little bit disappointed that despite them being labeled as "Tacos" they were served as Flautas. Still I liked them and would check out what other offerings they have. 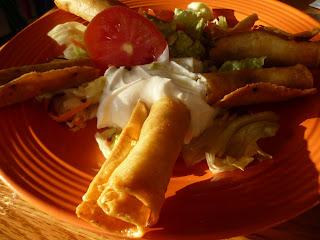 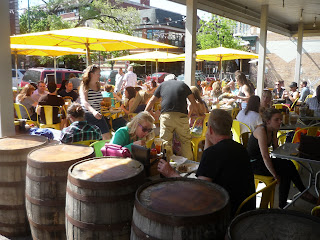 Where the patio is always packed

We cant have a round-up of good places to eat Mexican food outside without including Big Star. I've argued with people who claim they serve the best tacos in Chicago but I wont argue with those who say it has the best outdoor drinking space in the city. It's a great place to soak up the sun while sipping some booze. The food is pretty damn good too. Not the best but damn good. Take the tamales they now offer on special as an example. These masa made beauties might be near the top. It took me back to A1 Beanery of all places and had me wanting to return for one the next day. 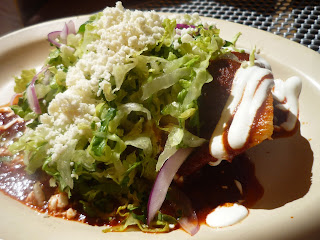