Franks For The Memories

It's football season and with that comes plenty of chicken wings to consume. Last winter I went out to Mundelein and tried a place who's Buffalo wings came highly recommended by a former Buffalonian. He also said that I need to try one of the char grilled Sahlen's white hot dogs which are native to Buffalo, NY. So when the chance came and I found myself out in these parts I jumped on it since I love me some spicy vinegar laced Buffalo wings. Mundelein for those not in the know is a village in Lake County up near Gurnee. The people are very lucky as far as food for watching football goes. Today's stop, Frank's for the Memories, is said to have Chicagoland's best Buffalo wings. Mundelein is also the home to Bill's Pizza Pub. 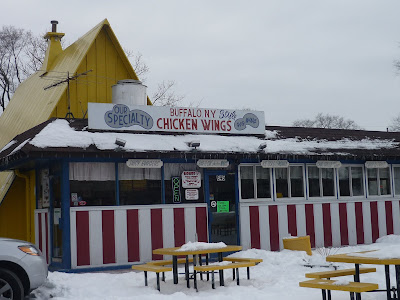 Franks for the Memories in Mundelein, IL

As seen in the pic above this place is an old school hot dog/hamburger stand that happens to serve some damn good wings. The menu had a few things but I was there for those wings and because I'm a sucker I decided to also try a Sahlen's char dog too. The white dog with ketchup and all didn't do it for me. In fact I stopped for a Vienna Beef Chicago style minimalist later that day just to erase the memory of it. I'm not sure what comes standard on a Buffalo white hot dog but I ordered one with everything and it came like a Chicago style (with grilled onions) plus ketchup - WTF!?!?! C'mon maaaan. 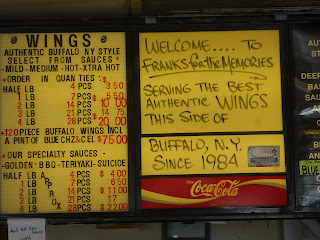 Wing Menu at Franks for... 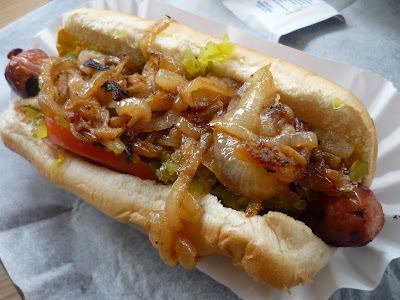 Well the dog was a let down but what am I supposed to expect? I grew up in Chicago. So what about dem wangs? Well I didn't grow up in Buffalo but I will say these were the real deal. I thought they were some excellent buffalo wings with the only downer being the bleu cheese but that didn't matter. The wings were a perfect size (not too big nor small) and cooked to perfection and the sauce was a champion of Buffalo sauces. So it's too bad I don't live anywhere near here but if I did this place would be a weekly stop on my food bus. Good stuff. 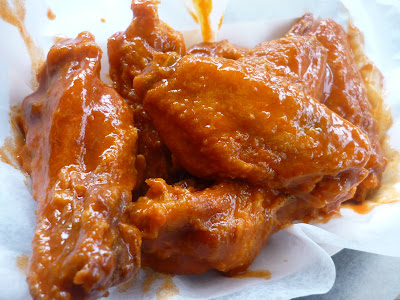