So last month I was out on the southside and when I got off the highway at Wentworth I smelled a magnificent aroma of smoke in the air at the red light I was stopped at. I looked around and I saw that located across the street from the CTA headquarters was an old fast food outlet turned smokehouse. So I pulled into the parking lot of 79th street BBQ located at 79th and Wentworth and took a hop on in to see what was up with this place. As seen in the pic below, it was really smokin' that afternoon filling the air with that wonderful real bbq smell. 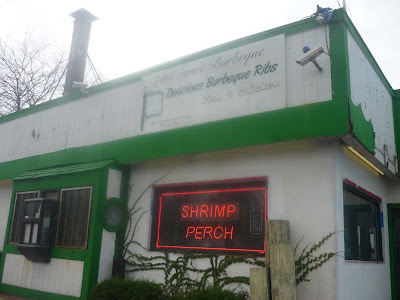 79th Street was formerly known as 87th street BBQ and when the building it now sits in closed down from being a J&J Fish, the owner decided to open shop back up in it's current location. On my visit there were quite a few CTA employees as well as neighborhood locals stopping in for lunch. The menu is quite broad and includes the usual bbq offerings as well as stuff like jerked chicken, smoked turkey legs and fried fish and chicken. The people behind the counter on my visit were as friendly as could be and pointed out their recession menu which is a bunch of different food combos all at $7 each. With the McFib sandwich around town these days I was tempted to order me their rib sandwich which was four ribs from the bone and not some fake rib meat pork product, this was the real deal. You'll see in the pic below they're aquarium style smoker that was being put to work on my visit, it had a bunch of slabs in there smokin' away. 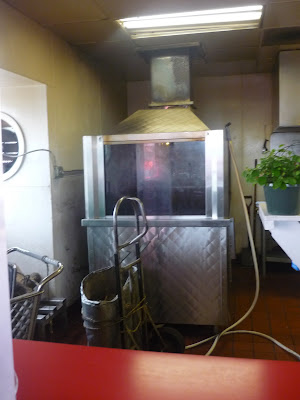 With this being my first visit I had to go with my standard first time meal from any Chicago bbq joint, that being the rib tips. These are what I judge a place in Chicago and its bbq by. Rib tips arent unique to Chicago and its bbq scene but they are definitely eaten more so here in the city than anywhere else out there. Chicago loves its rib tips and so do I. I always order mine with the sauce on the side. Real bbq isn't supposed to be doused in sauce, it should be used as a dipping condiment and nothing more. I thought the tips were pretty good but not great however that doesn't mean I wont be back. The thing with bbq is sometimes you get it at the perfect time and other times not so much. It takes hours to make so if you get a batch hot out the smoker its better than one that came out a few hours ago. They had a nice hint of smoke but were a little too tender for my liking. The hot bbq sauce was a very nice compliment to them when a small amount was applied. I'm eager to try some of their other offerings on my next visit. 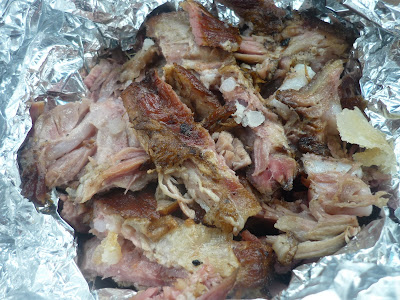 They are really friendly and will do whatever they can to serve you. Food Truck Wedding Los Angeles