I was saving todays post for a combined one that would have featured some of the new school deep dish pizza places that have opened in the last few years. But it’ll never get that done at the current rate at which I’m going. So instead I’ll give them each their own posts. First up is Uncle Jerry’s all the way out in McHenry County. We took the ride out to Cary which is near Barrington last year during what was the start of winter. So the perfect time to eat some deep dish pizza. It’s become fun for out of towners or more specifically east coasters to rag on deep dish and locals like to point out that we are a town that prefers our tavern thin square cut style but at the end of all that is the fact that deep dish pizza is good cold weather food. If you haven’t heard of this place you should check out this review in the Trib by Nick Kindelsperger who was the first to put on the Chicago food worlds radar. 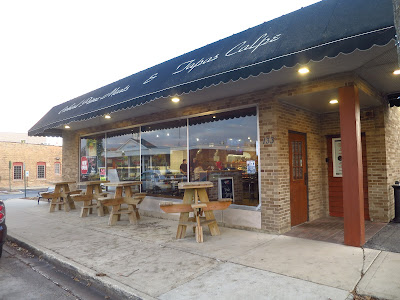 Uncle Jerry’s is a passion project from a local who started making pizza for fun some 20 years ago and eventually started selling to those in the know and then hosting pizza parties in his backyard for practice. It’s now a brick and mortar business that shares a space with a local butcher. We sat at the bar and happened to catch the second half of Cary-Grove High School’s upset of East St. Louis in the IHSA Class 6A football state championship. The friendly bartender was a lady from Cicero who grew up on Freddy’s and was praising the deep dish sausage pizza from here, clearly she had good taste. It’s also been praised by the aforementioned Nick K. as well as Chicagoland Pizza expert Steve Dolinsky among others. So as expected it was a really good product that Uncle Jerry told us is always getting tweaked. A contender for the best deep dish pizza in the world and thus it’s worth the ride. It’s about an hour from the north side but you can take the Metra and it’ll drop you off across the street. 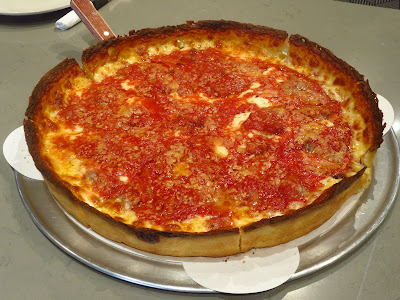