Anyone that’s spent any type of significant time in Chicago’s northern suburbs has likely ate food from the Pita Inn. The locally loved chain that first debuted in 1982 now has a handful of locations up that way. It’s the type of spot that caters to all sorts of crowds whether that’s an office lunch or a birthday party or just a dinner for a family of four. Back in 2016 they opened a new concept on the grounds of the original location in Skokie. Zad has it's own menu but it's similar in style and a tad more in price. 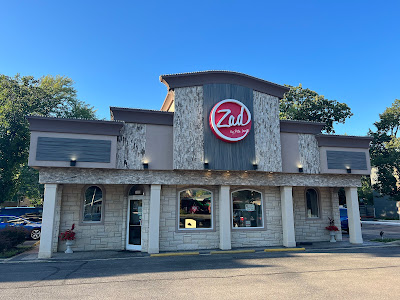 I recently took my first trip to Zad by Pita Inn and came away impressed with their signature steak shawarma. I feel like more times than not beef shawarma isn’t as good as the chicken offering in part bc it tends to be bit more chewy and some cases a bit gristly. It also doesn’t help that chicken is more popular and as is the case with spit roasted meat you need constant customers to keep it consistent. But Zad has managed to reverse all of those things as their steak is as popular as the chicken and it’s cut thin enough to where there’s no resistance when biting into it. Also important? It's cut to order. You can get it as a plate over rice or wrapped in a pita in sandwich form. If you get the sandwich and order it “Zad’s Way” they serve it Arabic style (cut up) with fries and and pickles as well as garlic sauce and their signature hot sauce served on the side. I left impressed to where it reminded me of some spots in Dearborn Michigan which is home to the best Middle Eastern food in the States. Zad is Dearborn quality and I won't take six years to return, in fact I almost returned for more the next day. 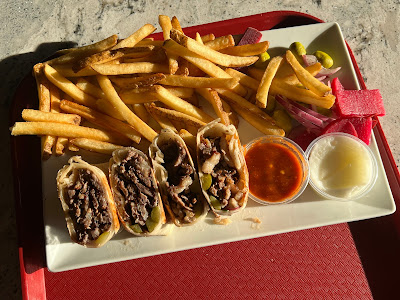