While there will never be a full stoppage of taco spots opening around town it's been slower than normal around Chicagoland of late. Don't get me wrong there's plenty of taco focused spots still opening but there's not many that warrant an immediate visit. So many places just seem to be trying to cash in on the taco craze of the last decade without really giving any thought to how they can stand out in a field that's as crowded as they come. So with that we get alot of average, repetitive feeling places. But some stand out more so than others and when they do I make it a point of stopping by. Today we visit six taco heavy spots that have opened up in the last year and a half or so. Let's roll. 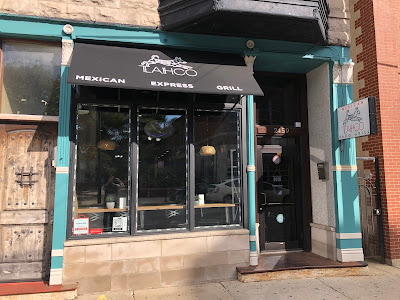 Tlahco Mexican Express & Grill (Lincoln Park)
Aside from the fact this new spot on Halsted sits in the old Taco Burrito Palace #2 space it also caught my eye with it's colorful tortillas. I stopped in to try a couple tacos recently and wasn't expecting much which made my delicious lunch a bit of a surprise. You get the feeling that Tlahco is playing to it's neighbors with it's fresher focus on tacos, tortas, and burritos. The tacos come served on fresh pressed to order tortillas and you can choose which color you want (although they didn't ask me so I got pink). These are massive two hand tacos that were actually pretty good. The steak (pictured) came with pickled onions and sliced peppers along side lettuce, cilantro, and onion. The steak was cooked on a flattop so it didn't have that crucial char flavor but it was a higher quality than most other taco spots. The barbacoa was even better and I wouldn't hesitate to go back if I'm near there. 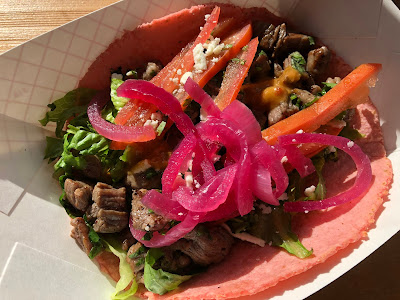 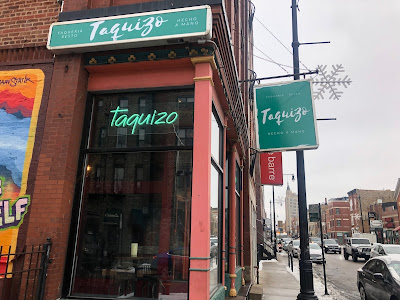 Taquizo (Wicker Park)
Taquizo has been open since it rebranded from Las Palmas in 2020. I listed their specialty quesatacos as some of the best of the year over on twitter and I figured it would be good to include them in this post since I never got around to sharing them over here. The quesataco is a regional style popular all over Mexico but especially in Mexico City. Cheese is cooked until crisp on a hot flattop and the fillings are wrapped inside of it. I feel like steak without a doubt works best when eating a quesataco but don't sleep on the suadero from Taquizo. They describe theirs as "confit beef brisket (in pork fat), morita adobo, cilantro-spanish onion jardin, rolled in crispy melted cheese, hand made tortilla". There's another neighborhood spot on Damen that's way more popular but I've never had a taco from there as good as the Quesataco con suadero from here. Add guac to take it over the top. 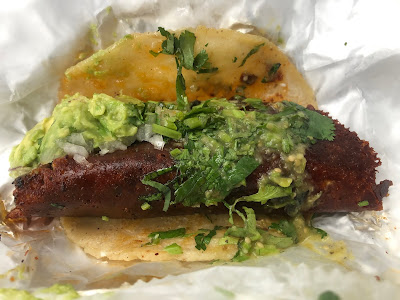 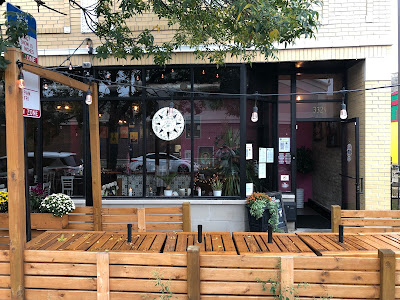 Tacos Loteria (Logan Square)
When Tacos Garcia closed it marked the end of a 20 year run for the Logan Square restaurant that was popular with local Mexican families. It didn't feel right for the nephew of the namesake so he decided to carry on his uncles legacy in the form of Tacos Loteria. The name change came with an upgrade to the space geared more towards the neighborhoods younger residents. Tacos, Burritos, Tostadas, and Tortas are the focal points of the menu with the tacos coming on terriffic corn tortillas made on site. There's not a ton of great shrimp tacos in town so when a good one like those from Loteria comes around it's immediately a contender for best shrimp taco in town. Loteria serves a non fried offering consisting of seared shrimp that's marinated in a habanero sauce and dressed with green mayo, cabbage, and crispy pickled carrots and cauliflower. An underrated neighborhood spot. 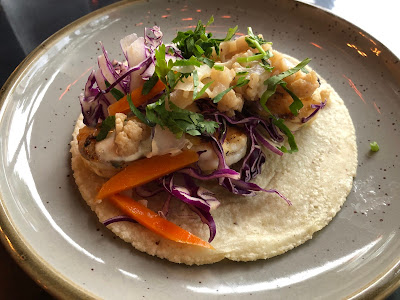 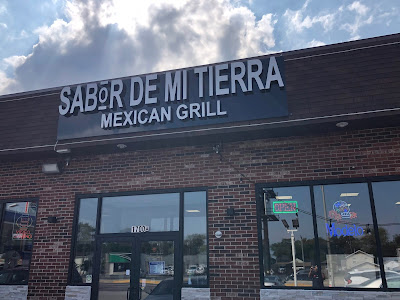 Sabor De Mi Tierra (Stone Park)
Gas, Gambling, and Guerrero style tacos can all be found under one roof out by O’Hare. Sabor De Mi Tierra is a family owned spot with roots in Guerrero. They boast a full menu with specialties like chamorro (braised red chile beef shank) and cecina estilo Guerrero. Tortillas are made on site and in the case of the cecina taco they're spread with refried beans and topped with homemade cecina, pico de gallo, chiles toreados. I also tried a quesabirria bc we just can’t seem to put an end to the trend. 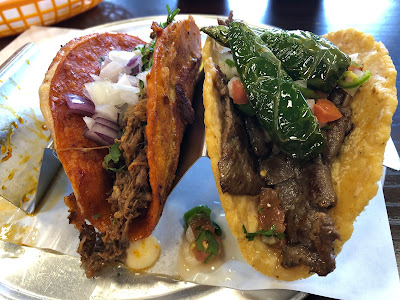 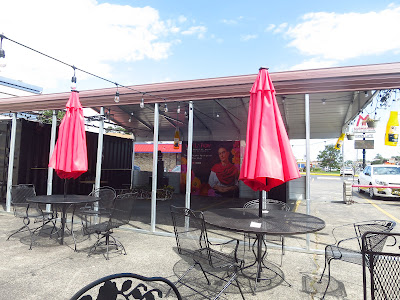 Viva La Frida (Berwyn)
I visited Viva La Frida shortly after it's opening last summer on Ogden in Berwyn. The mural might catch your eye if driving by, or if it's a nice weekend you may notice a live band playing in the large outdoor dining area. Clearly they're going for the Berwyn day / night out drinking and eating crowd. I stopped bc the taco menu had some interesting choices including tacos acorazados. "Battleship" tacos are a regional specialty of Cuernavaca that aren't too common in Chicagoland but there are a few spots that serve them and Viva La Frida is the latest one I've found. Typically they're dressed with rice and you choose your filling which can be a variety of things including steak and or hard boiled eggs. A mixture of sauteed peppers and onions are also usually part of the toppings used. I love them and Viva La Frida makes a pretty good one but my visit was over a year ago. They do decent specialty taco with a piece of thinly sliced ribeye, frijoles, and avo-salsa. The drinks looked sweet. 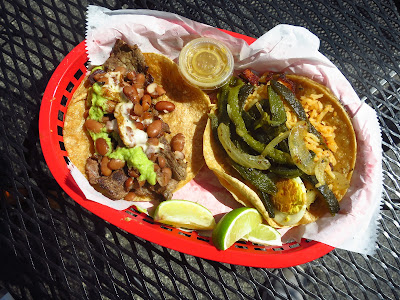 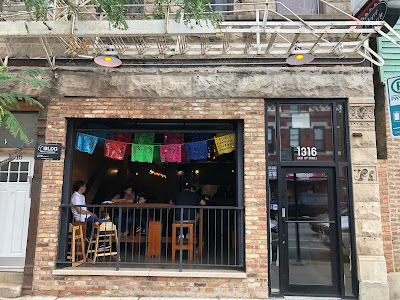 Rubi's on 18th (Pilsen)
Last but certainly not least is the Maxwell Street Market legend that is Rubi's. When the market closed for covid they had to reshuffle their entire operation and were popping up at another restaurant in Pilsen for a while before announcing their first brick and mortar location on Pilsen's 18th street. It's an incredible success story for this hard working family that has taken the business their grandmother first founded to new found heights. I visited on opening day (yesterday) and got one of their popular al pastor tacos and a huitlacoche too, the latter on a made to order blue corn tortilla. To me Rubi's stands out for both their tortillas and also anything that's braised (lengua, chicharron, and even better the campechano with both of them). It's great they'll now be available more than just on Sunday's. 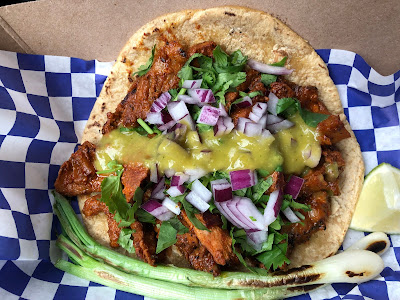