Welcome back! While restaurants haven't made a full fledged comeback they're def not dying off. In fact more places just keep on opening. My list of spots in Chicago I want to try just keeps on growing. One of them that shot up to the top of my list is a new place in Lakeview called Dear Margaret. It's described as "the love letter of Midwestern ingredients through French-Canadian cuisine" and is a joint project from a former restaurant PR person and Chicago based chef with roots in Canada. 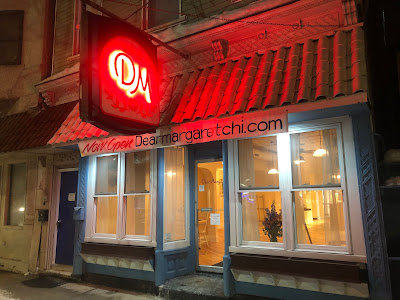 First off I just want to say that I love the building itself. I drove up on it in the middle of a snowstorm and I could easily picture myself somewhere in Quebec City when pulling up. It's a cute little spot that will be a great date night for people in the area. But for now the inside is empty with no tables whatsoever. It's strictly takeout while we wait for the virus numbers to continue to dwindle. That said the menu seems to translate pretty well to takeout. French-Canadian food being considered comfort food and heavy comfort food tends to travel pretty well. The only item that might suffer in transportation are the Kennebec fries that they fry up in beef tallow. I ate those on the ride home. 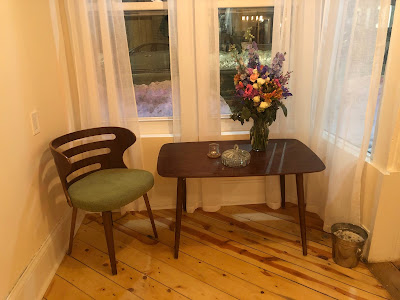 The menu is broken down into small, medium, and large sections with beverages and dessert rounding it out. We ordered mostly from the small and medium sized plates simply bc the items listed were the ones we wanted to try the most. Items like chicken liver mousse and putsins which is the French-Canada name for chicken and dumplings. I didn't get to snap a picture of the latter but it was such a comforting dish on a cold winter night. They roll the wheat noodles there in the kitchen. 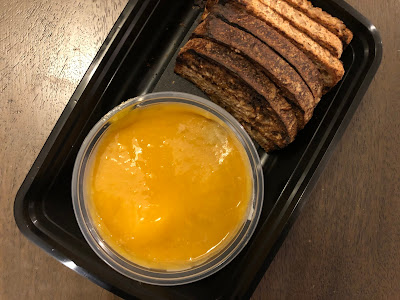 Another item that caught our eye was the fried smelts with pickles. Also fried in beef tallow. This dish may have suffered slightly in transportation but we still loved the crispy smelts laced with that distinct and delicious taste of tallow. The one dish I didn't love was the charred and smoked carrots which just didn't do it for me though it seems to be popular with others so I would still give it a go if it sounds appealing to you. Toasted almonds with feta, parsley, dill, oregano, and an almond butter vinaigrette. Biggest problem was the herbs were served on the side but werent cut down enough. I hate getting a big chunk of cilantro or in this case dill and I wish more fancier spots would finely chop their herbs. 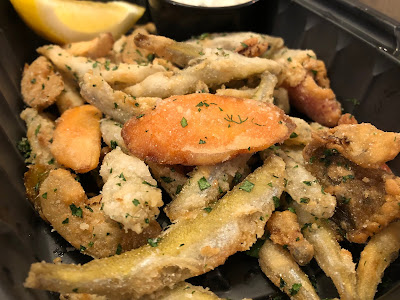 The entrees are all pretty tempting but a Tourtière is on there and this is a French-Canadian spot so I'll be damned if I'm not trying the meat pie. The meat in a Tourtière is most always pork and at Dear Margaret they also throw in some mushrooms, potato, and herbs. The lard crust was some of the flakiest in recent memory. The filling was wonderful too but I'm still thinking about the lustful crust. 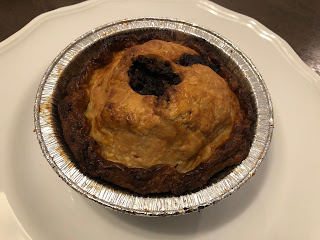 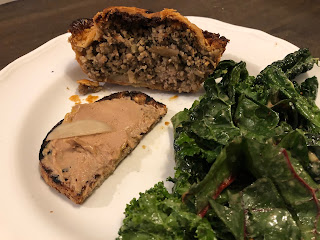 The dessert portion of our meal ended up fittingly as the grand finale to a fantastic dinner. We got the butter tarts which are made with maple, dried blueberries, good quality butter, and that luscious lard crust. I liked these so much that I stopped by for two more orders the next day (dropped one off with my parents). I love blueberries and everything else described up above can make for a divine dessert so yeah I loved these. I'd list them as the best thing I ate in 2021 thus far. Stay tuned more to come. 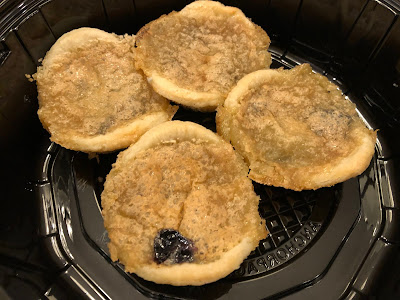