As you already know by now indoor dining in Chicago has been halted yet again. It's going to be a long winter and you can thank our elected officials on all levels for that. Some places just aren't going to make it but others have a chance of surviving. The selections for dining out are going to get very corporate if nothing is done. Though this new pie shop on Broadway in the neighborhood formerly known as Boystown is the opposite of corporate. They never planned to have dine in customers. 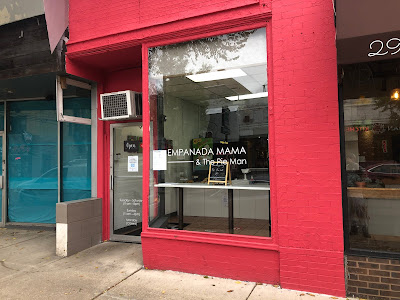 Newly Opened in Boystown
Empanada Mama & The Pie Man opened in the last four months or so. I've mentioned recently how empanadas are a big go-to this year due to restrictions on dining in across the country. Both those and savory meat pies are the calling card here. They do desert pie too but I'm always interested in a spot making savory pies like those you'll find in places like New Zealand, England, and South Africa which is where one of the owners hails from. I asked as soon as I saw a Bobotie Pie on offer. South Africa remains one of the best places I've ever been on a grand scale (not just the food). We enjoyed a few meat pies during our time there and I also got to try bobotie which is one of the more commonly mentioned dishes when discussing South African cuisine. Some call it the country's national dish. 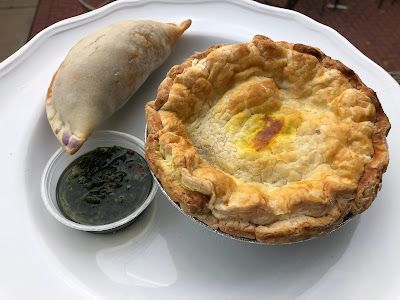 Empanada and Savory Pie from Empanada Mama & The Pie Man

Pictured up above is a traditional Argentinean ground beef empanada with hard boiled egg and the whole nine yards. They're baked as is the more traditional style in Argentina. I chose the Bobotie Pie over other options like chicken pot pie and Guinness and Steak. Bootie is more times than not a casserole made with curried ground beef and something sweet like cinnamon, chutney and or raisins with a milk and egg mixture topping that's then baked. Recipes vary like Moussaka and it's also a popular filling in the country's well liked meat pies. These are available all over South Africa from little roadside gas stops in the country to trendy bakeries in Cape Town. They make for a great snack as they're meant to be individual servings. Bobotie skews sweet (though it's not supposed to overpower) so keep that in mind if you want to try this one. I liked it but will try another one next time just bc I don't love bobotie. For me South Africa was all about the Piri Piri Prawns. Never saw it in pie form though! 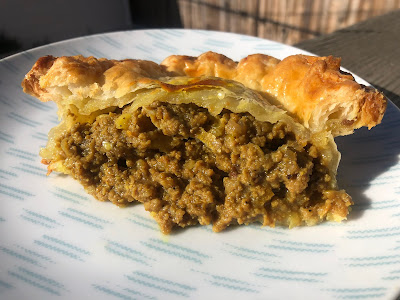