-Grubbing in Chicago
The OG Restaurant of Lincoln Yards

If the Lincoln Yards development ever gets going the folks at Interurban Boathouse might hit the jackpot. Then again their location on a large empty lot on the river on Cortland street could also mean demolition. Lets hope not bc the nautical themed restaurant was quietly one of the areas best openings around the Fall of last year. It sits in an place all too familiar to me. It's location is the old Joe's Fisheries which was a favorite of a young me back in the mid to late 90's. Let's check it out. 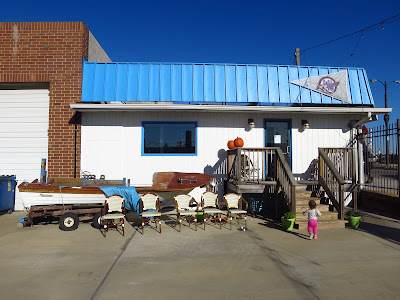 The folks at Interurban were already a part of the Chicago restaurant scene. Or at the very least they were a part of the city's baking scene as the original iteration was a bakery in Lincoln Park. They kept the bakery going over here and they offer fresh baked pastries daily. Their homemade pop tarts are pretty damn fantastic and a great snack to stack up on. As good as the pop tarts are the ode to Okonomiyaki in the form of a Japanese vegetable pancake is my favorite thing on the menu. They don't call it Okonomiyaki as it's more like an homage to that dish. A terrific one at that. I noticed broccoli and green onion amongst other greens that are binded together into the form of a buttermilk pancake and cooked until crisp like a potato pancake. The Nori, katsuoboshi flakes, and soy based BBQ sauce definitely give it the character of Okonomiyaki. It's worth a trip here for this dish alone. 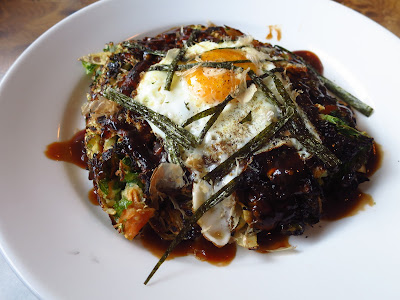 With me being a big fan of that Japanese pancake I haven't ventured too far from it on the menu. But two things I have tried that I also thought were really good are the fish and chips and their ode to Joe's Fried Shrimp. The fish is tempura battered and fried real nicely and served alongside some well made fresh cut fries. The shrimp if I remember correctly is pretty similar to Joe's and maybe even better as far as it's quality goes. The pieces are huge with the cornmeal batter bringing me back to the spot that made me fall in love with the dying Chicago style shrimp shack. We recently dined in on a Friday evening and they were a bit understaffed which had me thinking they weren't expecting a nice crowd which was what they had. Hopefully things are picking up for them bc the location makes for an odd spot as far as foot traffic goes. But if you live on the Northside or near there it's worth the ride. 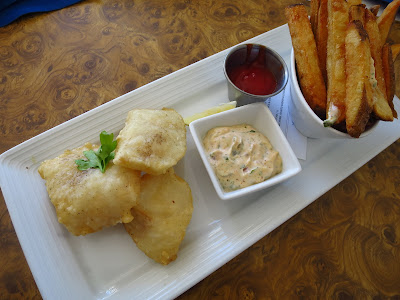