I'm still a huge fan of Da Region. I might not have posted from there in a while but I'm still heading over there now and then. Over the last year or so I've visited a handful of spots that all had me asking "how come I didn't know about this place sooner?" There's so many gems in this still very industrial part of Indiana that's more so a part of Chicagoland. The dining scene here reflects the area in that it's very working class and pretty much no frills. But they're also the type of spots that are becoming rarer to find in a cosmopolitan place like Chicago. Don't get me wrong you still can find them but you need to head towards Indiana to do so. So let's head into Da Region to check out some regional eats. 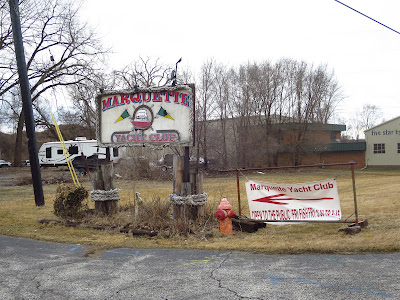 I was a good Catholic boy this past Lenten season. I ate fish fry every Friday night but one. There were a couple of memorable ones including this low key "yacht club" found out on the canals of Portage Indiana. The Marquette Yacht Club is a super rundown spot that’s open for dinner just once a week on Friday’s. The day of the week combined with the location in Great Lakes country means they do a Friday Fish Fry. A very good one at that. The Lake Perch was on point. Go with a classic baked potato over the frozen fries and be sure to add some of the cheese spread that comes with the bread to your potato. I was told blue gills and walleye make appearances here and there. I can’t believe this was my first time here. But with this being year round I’m sure I’ll be back this summer. 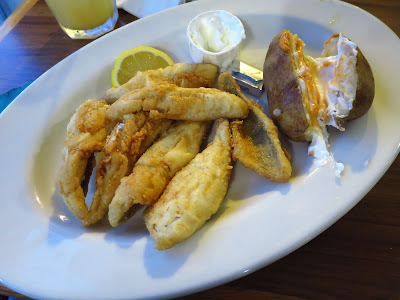 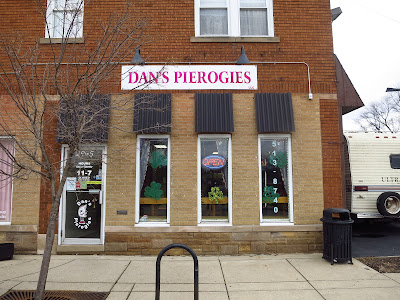 The pierogi is probably the signature snack of Northwest Indiana. The annual Pierogi fest in Whiting is one of the Midwest's biggest festivals. I had a chance to sample some from Dan's at the festival last summer. I then decided to stop into their storefront in Highland not too long ago. The Polish community has a huge presence in the area with quite a few old time Polish restaurants and delis still hanging on. Dan's is part restaurant and part deli. They sell most of what they serve in case you want to take something home and make it yourself. We were dining in and decided to try the loaded pierogi, Polish sausage sandwich, and a cabbage roll. The loaded pierogi were potato pierogi topped with sour cream, cheese, bacon. It wasn't what I was expecting. The cheese should've been melted and what not. Stick with the pierogi as is which are delicious by themselves. The Polish sausage was a cooked link from one of the Chicago producers. It hit the spot. Best item of the trio was a moist cabbage roll which they sell by the piece which is nice. I'll grab some next time I'm passing by. 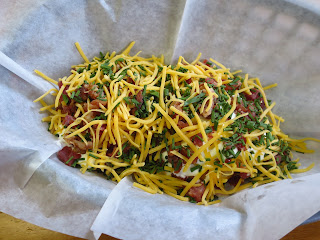 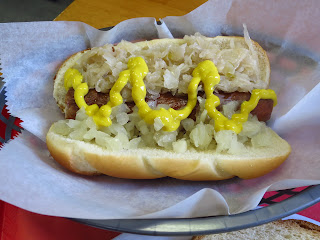 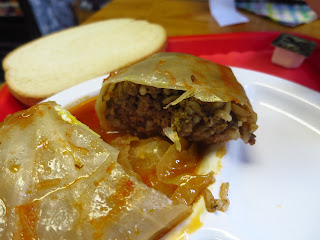 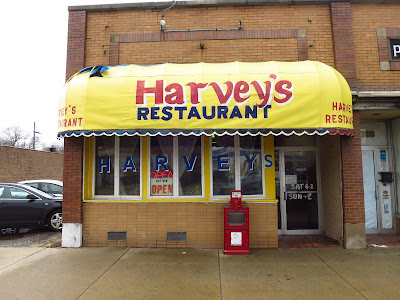 It took me quite a few rides by to finally try Harvey's. As soon as I walked in I knew it was going to be good. Of course I read some reviews and those were positive too. Lot's of talk of classic this and classic that. From the dining room itself to the menu and it's prices. Look at those single seat booths! 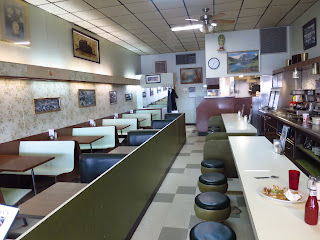 Harvey's was empty when I visited but they were only open for another 30 minutes or so. The waitress had mentioned it was a busy one and she was ready to go home. That said she happily sat me down and took my order which ended up being the "Harvey Club" as it's called. You know how I like to check out the somewhat unique menu items that can give a place part of it's character? Well this is a perfect example of such. It's a club sandwich made with a burger and fresh ham cut from the bone. Inspection of the burger revealed what looked to be a fresh hand formed patty. As far as the construction of it goes that too was good with the proper triple decker. Just $5.95 with fries. Wow. 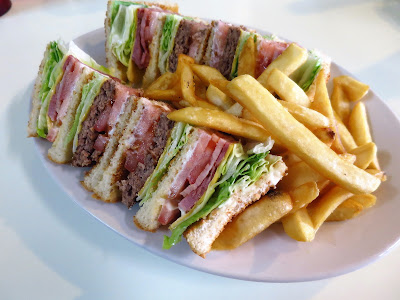 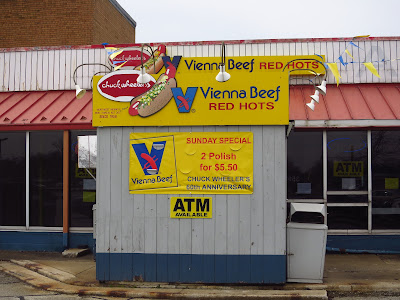 It had been a good five years since I was at Chuck Wheeler's in Gary. It's of my favorite lil spots to indulge in a Polish sausage. It’s either that or a hot dog (natural casing) and some chips if you want them. That's all they do. The stand is housed in a little kiosk connected to a mall that's half empty. So you have to enter the mall to get a sausage but bc they have such a limited menu and use the natural casing encased meats it's a classic little spot. Everything on your dog or sausage includes mustard, relish, onion, sport peppers, and some pickled green tomatoes. Served this way since 1958. 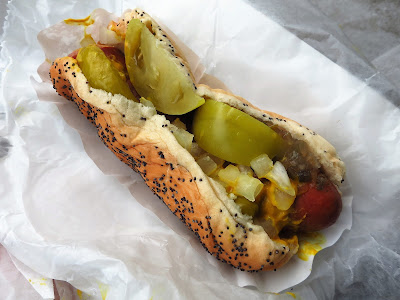 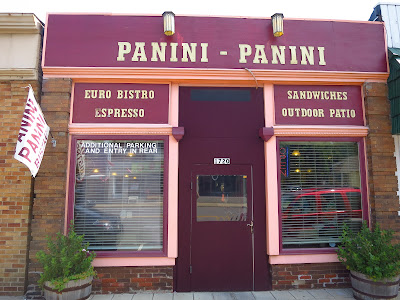 Last stop is in Michigan City. Is that even the Region anymore? Doesn't matter bc this is a spot people from the Region should be driving to. It's got more the feel of a restaurant somewhere in Europe than the Rust Belt. Honestly it's probably the nicest casual spot in the area and just bc it's not a fancy sitdown spot doesn't mean the food quality here is lower than steakhouses in the area. The folks that run Panini - Panini put in alot of work bc much of the stuff they serve is made in house. As the name suggests they feature sandwiches but aren't exclusive to just that. This is classic Euro style bistro with a cheese case and curated wine selection. It fits in a place like Old Town Chicago more than Michigan City but they seem to have been embraced by locals and summertime residents. 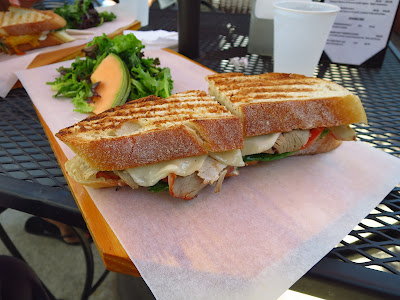 I'm not sure if they make the bread in-house but if not they must be getting it from a local artisan supplier. Either that or they source from a few different people bc their sandwiches come made in variety of ways. The roasted pork is made from thinly sliced pork tenderloin that works great with the melted provolone, but it's that bread that really brings the sandwich up a notch. Our favorite here is the grilled white fish with lettuce, tomato, and cheddar cheese which we add bacon to. It reminds me of the fish sandwiches down in the Florida Keys which always bring good memories to me. 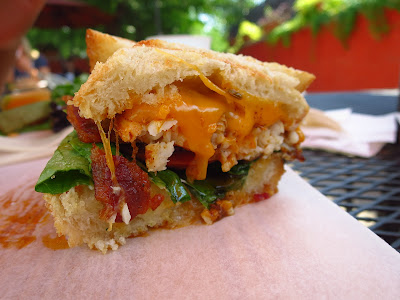 
See ya next time @chibbqking
Posted by KingT at 9:30 AM