-Grubbing in Chicago
Senegalese on the Southside

If someone were to ask me what are some of the more underrated cuisines out there I might start with Senegalese. The West African country has a rich history that includes a French Colonial Heritage. The truth is African food in general is severely underrated and this is probably bc it's so under represented in so many different facets of the food world. For example the popular TV series Top Chef on Bravo just featured it's first chef who described African food as his background. It's something like year 13 of the show. I don't know what took them so long. As far as I'm concerned the Ghanaian dishes that Chef Adjepong was putting out there were what kept me watching. The truth is some of our most beloved dishes here in America have roots back in Africa. It makes me wonder what else is out there. Let's take a ride to the Southside and find out. To 35th and King precisely. Bronzeville. 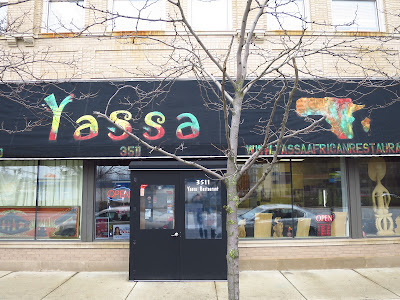 The cuisine of Senegal has influence from all over. Aside from it's West African roots you will find influence from North Africa, France, and of course Portugal. The country itself is diverse with different ethnic groups which makes for an eclectic cuisine. The owners of Yassa opened their doors in 2004 and have endured quite a few setbacks on their life adventure which started in Senegal with the Wolof Tribe - the largest single ethnic group in Senegal. When they opened Yassa it was the first Senegalese restaurant in the city. I got to try it for the first time a month or so ago and ended up realizing I'm as guilty as Padma and Tom in that I should've been here much earlier. Unable to decide between the fish and the chicken we settled on both. The Yassa chicken being a half of a bird that's been marinated overnight in onion, garlic, mustard, lemon, and secret spices that's grilled and topped with sauteed olives and onions. We tried this with the Djolof rice and it was eye opening good. 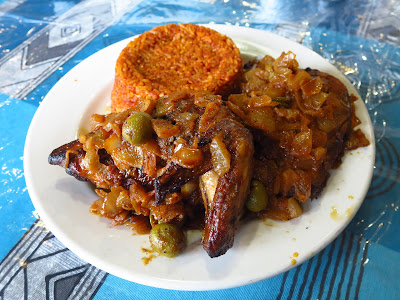 Then there's the whole fried snapper fish. I'm always down for the whole fried fish when it's an option on the menu and if you feel the same way you'll want to add this one to your list. It's served the same way as the chicken which we didn't think about when ordering but didn't care about when eating. This too featured a ton of flavors and a perfectly cooked piece of protein. Served with a seemingly simple side of vermicelli noodles that we couldn't stop scarfing on. As we finished up I couldn't help but get excited for my next visit where I plan on indulging in some of Senegal's other culinary treasures. I should also mention they make a few different natural juices like Bissap (Sorrel) which goes great with the fish and chicken. It's got a slight cranberry-hibiscus taste to it. Go ahead and get familiar. 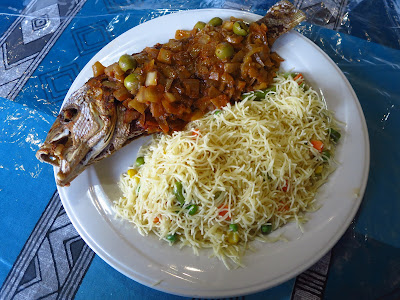